‘Get Out’ DP Says Actors Shouldn’t Feel Tied to Storyboards 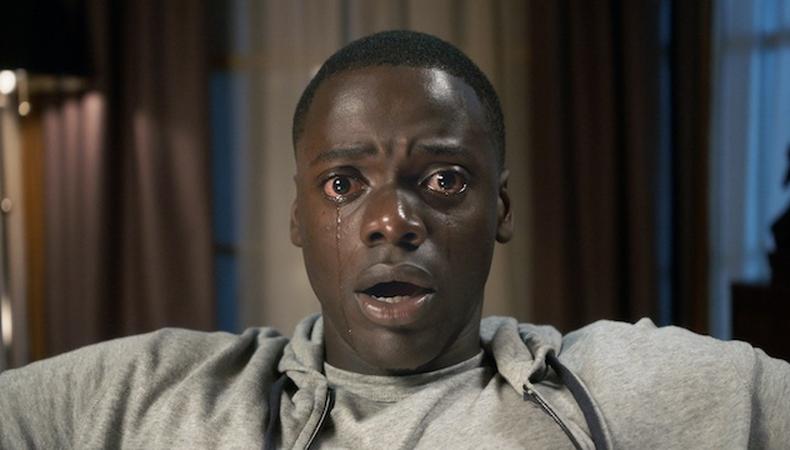 Cinematographer Toby Oliver sharpened his teeth for over 20 years in his native Australia before moving to Los Angeles. Now he has his biggest hit yet with writer-director Jordan Peele’s “Get Out,” which sits pretty as the No. 1 horror movie in the U.S. after two full weeks in theaters. We spoke with the veteran DP about working in horror, collaborating with other artists, and why actors shouldn’t feel restricted by what is on their storyboards.

‘Get Out’ has exceeded expectations.
“It’s been absolutely amazing with this [film] getting such an incredible response, and audiences are just still flocking to go and see the movie. On the second weekend, I heard that there were cinemas around the country that were sold out. In a way, it’s quite surprising how popular the movie’s been. From when I first read Jordan’s script, I thought, Wow, I would love to be involved with this. I knew it was going to be good and it worked, we had everything, but you just don’t know. It’s very hard to predict when a movie is going to be as successful as this one.”

Past experience allowed him to expand on the conventions of horror.
“I’ve had a fairly long career in Australia before I even came to the United States. I shot my first feature way back in 1993. So I’ve done a whole bunch of different genres: dramas to prison movies to war movies to thrillers. I hadn’t actually done much horror. Horror isn’t really a popular genre back home, so the opportunities to work in that area don’t come up very often.... ‘Get Out’ itself is perhaps a little bit different to your typical horror movie because it’s got some very strong comedic elements and it does have dramatic elements with very real and dramatic performances. And it sets itself up in a very naturalistic, normal kind of world—certainly at the beginning of the movie. It’s not an out-and-out horror movie in the sense that some of the more genre-focused pictures are. Me having that experience shooting and working on other types of movies, including dramas, helps me come into a movie like ‘Get Out.’ I don’t have strong preconceptions because it’s labeled ‘horror.’ I can take that script and really interpret it scene-by-scene or sequence-by-sequence how we’re going to approach it.”

He makes actors comfortable in front of the camera.
“It’s either me or the camera operators—we’re right there. It can be intimidating. Obviously, the actors who are more experienced have dealt with [the camera] many times before and it’s a bit easier for them—and none of the actors we had [on ‘Get Out’] were newbies in that sense. But at the same time, it’s about creating an atmosphere on set from day one so that when you do put the camera right up someone’s nostrils to get a particular angle, they feel that you’re doing it for a reason and that your creative intent is truthful and for the benefit of the movie. So they can relax knowing that we’re not trying to steal something from them or be untruthful about what’s going on. We want to have a real friendly relationship that’s based on trust. We’re working together.”

He invites actors to ask about the technical aspects of his process.
“It’s important that [actors] don’t feel that behind the camera is a bunch of strangers and that they can’t communicate across that barrier. Where the lens is shouldn’t really be a barrier. I much prefer an open dialogue so the actor can know as much as they feel like they want to know about what’s going on behind the camera. I try to be as open and transparent about what we’re doing with the camera if they’re interested. Really, a lot of actors have different methods and ways that they want to work. Some actors are very camera-conscious and are interested in what lens or what equipment we’re using or what techniques we might be using, and I’m more than happy to share any of that information—certainly if it’s going to help them feel more comfortable so they give a better performance. And some actors just turn up and do their own thing and are completely unaware of the camera.”

Actors shouldn’t always feel tied to storyboards.
“On a movie like ‘Get Out’...we have a shot list and storyboards. Jordan was very specific about having a good plan in place because as a first-time director, he wanted to make sure he knew what he was going to try and achieve every day. But at the same time, I think it’s really important to have room for when an actor comes in and really feels strongly that they want to do something a different way. It’s important not to lock them down too much. So I never want to say to an actor, ‘You can’t move over here, you can’t sit there, you can’t deliver the dialogue from that side of the room.’ I think that can be really tricky for an actor sometimes. Some can deal with it better than others, but there are other actors who have to really just feel it out and do it the way that they feel it on the day, and that might not be the same way that you storyboarded. I’m always open to that because ultimately, what’s most important is the performance. If the performance doesn’t work onscreen, it doesn’t matter how beautiful or clever the shots are; the scene’s not going to work.”

Want to scare big on the big screen? Check out our film audition listings!

Benjamin Lindsay
Benjamin Lindsay is managing editor at Backstage, where if you’re reading it in our magazine, he’s written or edited it first. He’s also producer and host of a number of our digital interview series, including our inaugural on-camera segment, Backstage Live.
END_OF_DOCUMENT_TOKEN_TO_BE_REPLACED