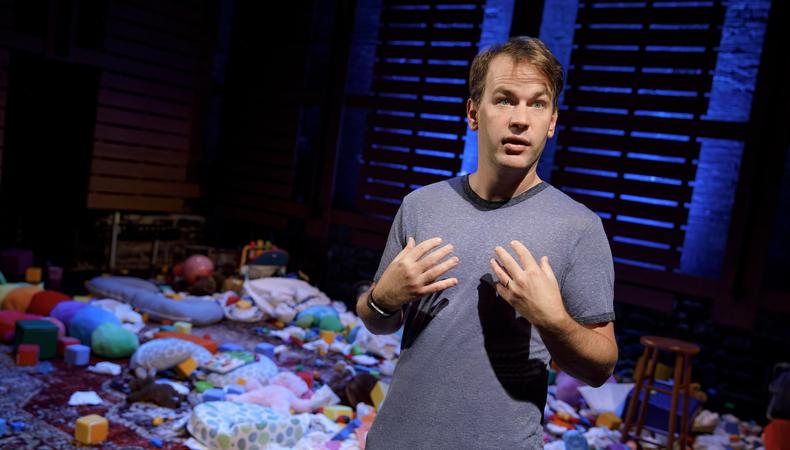 Journey north with comedian Mike Birbiglia.
A publicity stunt from which we can all benefit! Birbiglia is bringing his one-man show “The New One” from Off-Broadway to Broadway for a limited run this fall, and he wants you to join him on his journey—literally. On Oct. 12, the day the box office for the production opens, Birbiglia will travel from the show’s first home at the Cherry Lane Theatre in the West Village to its new digs in Times Square at the Cort Theatre. The first 10 people to catch the star on the 40-block journey will receive free tickets to a performance (beginning Oct. 25). All other participants will have the chance to purchase discount rush tickets at the theater. (Free)

White Light illuminates again.
Lincoln Center’s White Light Festival returns this year, once again presenting art across a number of mediums, genres, and practices. This year’s lineup, kicking off Oct. 16, will focus on community and specifically the ways in which art can connect communities around the world. Events will be ongoing through Nov. 18 at various locations and will have presentations spanning dance, theater, music, film, panels, and beyond. (Prices vary depending on the event)

Make yourself a happy prince—or princess.
One of this awards early season’s contenders is “The Happy Prince,” and if you want to see what all the fuss is about, head to the Film Forum on Oct. 12 and 13. On both evenings, there will be a screening of the film followed by a Q&A with its writer, director, and star Rupert Everett, who will break down his triple-tiered duties with undoubted British aplomb. (Tickets: $15)

Jumpstart your Halloween in Kings County.
As you well know, October is the spookiest month of the year, and to get into the spirit, you may be interested in the annual Brooklyn Horror Film Festival. Ongoing through Oct. 18, you can head to a number of venues all over Brooklyn, where some of the year’s best new independent features will be showcased. There will also be parties, panels, and more—the only thing scarier than the event itself would be missing it. (Tickets start at $16)

Check out our NYC audition listings!

Casey Mink
Casey Mink is the senior staff writer at Backstage. When she's not writing about television, film, or theater, she is definitely somewhere watching it.
END_OF_DOCUMENT_TOKEN_TO_BE_REPLACED