A Voice Teacher on Getting Actors to Sing 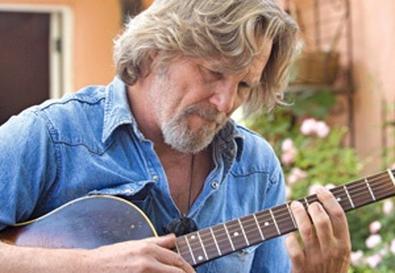 Every actor dreams of finding that perfect role. But what if that role involves singing—and the actor doesn't sing? Voice teacher Roger Love has helped prepare Joaquin Phoenix and Reese Witherspoon for "Walk the Line" and Jeff Bridges and Colin Farrell for "Crazy Heart," among many others. He specializes in finding an actor's voice quickly and blending it with the demands of the character.

One would think that actors would have an advantage when it comes to singing, since voice is such an important part of their craft. Love finds this isn't always the case. "You can have an amazing actor who just doesn't think they're a singer and is nervous as heck to get up in front of anyone and sing," he says. So he uses the actor's skill set and previous experience as a starting point. "It's a grab bag, and you get what you get and start wherever you start."

Often brought in at the last minute, Love has a reputation for quick results. "Usually a voice coach is hired when they realize they can't do it without them," he says. "It's often, 'Uh-oh, we're filming this next week and our actor doesn't sound good.' " He's not fazed by these challenges. "I'm used to point-and-shoot: 'Here's a problem and you've got five minutes to fix it.' It doesn't freak me out," he says. "I'll fix it; I'll find a way. I admit zero defeats."

Love has a simple method for analyzing the voice quickly: "I take everyone through one scale up and down on 'Ah,' from really low to really high." He claims that within 20 seconds he can analyze breathing, range, power, pitch, and vibrato. "I then tell them what they've got," he says, "and work to add to what they already have and fill in the missing pieces of what they don't have."

In trying to give actors as much range and technique as possible, Love says, he often exceeds the requirements of the material they must sing. "I believe the voice is capable of three and a half octaves of range," he explains, "and you can hit all those notes without any pressure, straining, or breaks."

Love has had success even with actors who believe they don't possess a singing voice. "You can learn a technique that so drastically changes the sounds that come out of your mouth for the better," he says. To bring about these changes, "we'll do exercises which help them control how they take air into the body, how they send air to the vocal cords, what the vocal cords do reacting to that air, and then how that sound comes out of the mouth."

The job may be to sound like a well-known performer, but Love makes use of the actor's own innate abilities, not those of the character being played. "An actor like Joaquin Phoenix is so fabulous at becoming the role," he says. "He became Johnny Cash; he really possessed his essence. However, I'm not working with Johnny Cash when I'm teaching Joaquin to be Johnny Cash. I'm working with what Joaquin can do. He is using his instrument as good as he can get it, and then flavoring it with the stylings of the singer we're trying to emulate."

When the sound of a character's singing voice is not predetermined, Love uses the actor's own voice to help create it, as he did for "Crazy Heart." Bridges and the film's music producer, T-Bone Burnett, "spent hours talking about the character and listening to other singers," Love says. "In the end I asked myself, 'How would Jeff and Colin sing these songs?' Because those are the instruments I'm dealing with."

Ultimately, though, the goal is to make character and song one—and that's up to the actor. "I stand in my studio and watch Reese Witherspoon sing a song and feel like she is that character," Love says. "She had an incredible ability to act while she was singing. Not all actors can do that."

One reason they can't, he says, is that experienced actors often aren't used to the style of acting required while singing. "Being a good actor on camera does not mean you're a good actor at singing, because a lot of singing is what I classify as 'overacting,' " he warns. "My actors are often quite surprised at the level at which they must adjust their acting choices, because they are often so much bigger and broader than they would usually make.

"When you try to be nonchalant in your choices, you get swallowed up by the music. I often have to train these great actors to be over-the-top singing actors. They've got to rise to the level, excitement, and definition of what the music is already screaming out. Some actors get it, and some actors have difficulty with it because they think it's too big. But it works when you listen back."