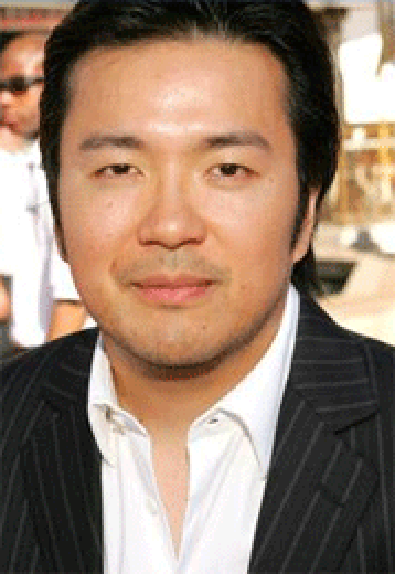 The adrenaline-pumping The Fast and the Furious: Tokyo Drift took off this summer, a maverick movie introducing not only a new cast and story line for the franchise but also Japanese "drifting," a dangerous sport involving speed-gliding around hairpin turns. Although the Universal Pictures flick included a set packed with high-performance cars and all the frills of a studio production, director Justin Lin's priority was the cast. "Working with actors is actually something I treasure a lot," he says. "A lot of times people say the franchise of Fast and the Furious is not really about acting. But, for me, I treasure the process. Sometimes you're on-set and you only get one take to get it right, because some of the stuff is so technically draining, you can't do it again. Creating a comfortable space for actors to act was very important for me to develop."

Lin, who also directed Annapolis, draws parallels between Tokyo Drift and his breakthrough project, 2002's Better Luck Tomorrow: "The two projects are very different, in that Better Luck Tomorrow dealt with issues I wanted to explore and hopefully start a discourse. Fast and the Furious is really a postmodern Western. Yet the themes of both films are about belonging and trying to find a family that's not traditional. I am attracted to those things. But it was almost a coincidence: What I saw in it, I wasn't really searching for."

Tokyo Drift is the story of outsider Sean Boswell (Lucas Black), whose drag racing gets him sent to live with his military dad (Brian Goodman) in Japan, where he discovers the Japanese drift-racing world. Black, previously seen in American Gothic and Friday Night Lights, stars along with rapper Bow Wow, Brian Tee, Sung Kang, and newcomer Nathalie Kelley. The studio sought Lin out to direct. "I was actually finishing Annapolis when Universal called," Lin says. "For me, I always loved summer movies. I love indie movies, foreign films, but there's definitely a part of me that loves summer movies, ever since I was a kid. I had my reservations; it was Part Three, but what was great about Universal was, they let me run with it. I love pulpy Westerns; I knew this could be that kind of project."

Shot in Los Angeles and Tokyo, the film takes place in a technologically advanced world. "The great thing about a big studio movie is that you get to work with the best, the most talented craft people in the world," raves Lin. "But you have to be able to communicate, trust, and empower everybody. I had a clear idea of what the film should be.... With over 500 people, it's my job to communicate through the appropriate channels what we're trying to accomplish." One thing he wanted was to depict the intricacies of drifting. "I went drifting-not me drifting, well, I tried, I just couldn't do it-but I got to ride and hang out with people in that scene," he notes, laughing. The film is his biggest venture yet and adds to his already recognized talent for telling stories of risk-taking youths filled with meaty roles for actors.

The first Fast and the Furious made stars out of relative unknowns such as Paul Walker, Vin Diesel, and Michelle Rodriguez. Tokyo Drift may well follow in its footsteps. "It was a really interesting mix of actors. Lucas Black, who's a young actor but he's been in the business for a while, [is] an amazing actor," says Lin. "I really enjoyed working with him. Once we got on the same page, it was just a pleasure in collaborating. With Bow Wow, I was always amazed how well he took adjustments; he's a great guy. For Nathalie, it's her first real acting gig. And Sung, Brian, and Jason-I've worked with them before, and they've always come through. To mix them all up, it took a lot of prep-not for them to understand the script but for me to get a sense of their tendencies. That was important to me."

So Lin also got very involved with casting, even convincing the studio to perhaps make concessions. "Even though you don't see it onscreen, when I first signed on, I talked to the studio to have a colorblind casting session for every role," he says. "And they actually went around the world and did that." Although the film was not untraditionally cast in terms of ethnicity, Lin believes all actors can benefit in getting an opportunity to audition. "Sometimes it's not about getting the role, it's about getting the opportunity to get into the room with the casting director, the producer, or the director," he notes. "Even if you don't get a role, man, if you're good, believe me, on this side of the table, people will remember you. It's a game of chess. A lot of times, actors focus on the immediate reaction. But the reality is, if you have the chance to go in there and nail it, it will mean more than sometimes when you do get the role. Because they will try to find something for you if you are that good."

An audition can often be stifled at the beginning stages, even by the actor's representation. Lin recalls that for Kang, who plays the tough but compassionate Han but also auditioned for the lead, the opportunity may have not happened-and not entirely at the fault of the studio. "His representation was exclusively sending him to be the villain. I was like, 'What the fuck, man? Just because he's Asian American, why can't he be the lead?' So I called him in as the lead, and he was great. Some people box themselves in, and that's not fair because Sung is leading-man material," Lin explains. "It's not only about thinking outside the casting box; it's about being fair. I just wanted to show them: I don't give a crap about what color an actor is; if they're good, fight for them. I think that's what people don't do enough in this business."

Lin, who worked with Kang on Better Luck Tomorrow, says it isn't favoritism that prompts a second collaboration with an actor. "I don't give roles out because I like them...it's because they earned it, they're good, and they can handle it," he explains. "I don't care if actors are more independent or studio-friendly, if I'm in a position to cast, I will go with the best." Goodman, for example, played a working-class father in Annapolis. "I love working with talented people and good people. Brian is one of those guys; we just clicked, and he's such a great actor. I love it when he's on set; he's so focused and ready to go. I enjoyed working with him so much and cast him in Tokyo Drift.... Hopefully, down the road I'll make more movies, and when I do, I want to call on people I like to be around."

When Better Luck Tomorrow premiered at the Sundance Film Festival in 2002, a critic attacked Lin for his portrayal of Asian Americans as non-"model minority" types. Roger Ebert countered with, "You would never make a comment like that to a white filmmaker." The controversy prompted a distribution deal; the gamble of maxing out 10 credit cards for Better Luck Tomorrow proved to be a winning one for Lin. The project also provided a groundbreaking opportunity for Asian-American actors to collaborate, instead of competing against each other in an industry in which multifaceted roles for Asian Americans are rare.

Lin has reunited with his Better Luck Tomorrow actors, casting Kang and Jason Tobin in Tokyo Drift and Roger Fan in Annapolis. Lin notes that the lack of roles for Asian Americans has not been about talent: "It's never been a question about talent; it's always been a question about opportunity, and if you have that opportunity and seize on it and you're good, you can get more opportunities. For people like Sung and Roger, they're good and talented, and if something comes up and it's appropriate, I'm more than happy to provide that opportunity, 'cause that's what it's about. L.A. is based on dreams, but it's also very limited in many respects-especially in the creative process, now it's run by big corporations. I understand why everyone wants to take the safest route, cast the safest actors. Which is cool, it's their choice, but I just feel like where I come from, the independent world, I love that energy with actors like Sung and Roger who have struggled and don't take opportunities for granted."

Lin's experience as an Asian-American filmmaker has given him a keen understanding of the challenges for actors of color. "I don't think it's a racist system, but Hollywood is a money-driven business. The thing about being Asian American, I know how it feels when I went into rooms; after Better Luck Tomorrow, I've gone into meetings and people look at you, and they're thinking, can we trust this little Asian kid with 50 million or 100 million dollars. I know if I was a tall white dude, it'll be different. But I'm not complaining, that's just the reality of the situation. I find that we can sit and complain about things, or we can create opportunities."

Rising to the top in Hollywood may seem lofty for Lin, whose background does not include industry connections. He was born in Taipei, Taiwan, and grew up in Buena Park, in Orange County, Calif. "Buena Park was only 30 minutes away, but Hollywood, figuratively speaking, was worlds away from me," he notes. Lin, who holds a bachelor's and a master of fine arts in film directing from UCLA, says directing was not a career he knew how to pursue off the bat. "Even when I got into film school, which I was lucky to get into UCLA film school, I wasn't sure what directing was about and if I wanted to pursue it," he explains. "It was only until I made my first film, I got hooked."

Lin is attached to direct Strangers, which Vertigo Entertainment is producing at Focus; the Vertigo Entertainment/Universal Pictures film Old Boy, a remake of a Korean-language action thriller; and an independent feature film with Fan and Kang. Perhaps Lin's career as a filmmaker is a testament that dreams are meant to be lofty: "That's what dreams are! You have to dream big. Even when people tell you no, or shut the door on you, and it still doesn't seem like it'll happen, you gotta dream big and keep working towards that dream. Never limit yourself, dream as big as you can, and go for it-because that's what it's about."