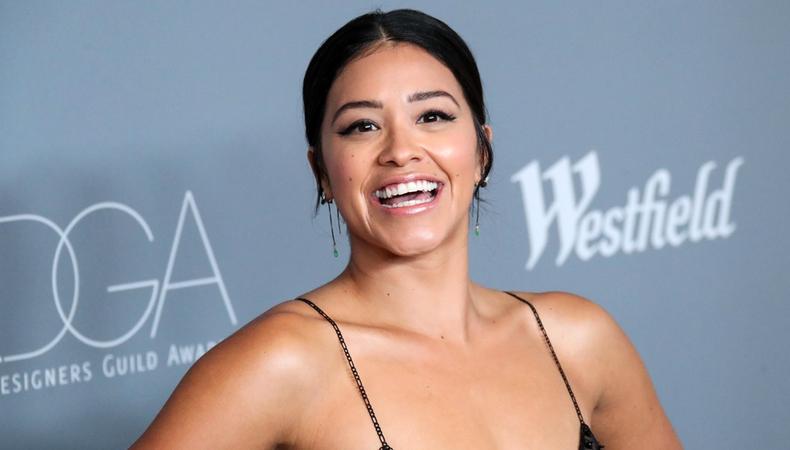 Paying it forward: Gina Rodriguez is funding a Latinx student’s college education.
The 33-year-old “Jane the Virgin” will use the money that would have gone toward her Emmy FYC campaign to send an unidentified Latinx high school student to Princeton this fall. She partnered with Big Brothers Big Sisters of Los Angeles to find the perfect candidate, who will now attend college with no financial burden. (The Hollywood Reporter)

Future “Star Wars” spinoffs reportedly on indefinite hold at Lucasfilm.
According to unnamed insider sources, Lucasfilm execs have frozen development on preproduction of the highly-anticipated Boba Fett and Obi-wan Kenobi prequels after the (comparatively) disappointing gross of “Solo: A Star Wars Story.” The studio will instead focus its resources on “Star Wars: Episode IX,” which will conclude Rey’s arc, and the next trilogy of films. (Collider)

MTV is rebooting “Daria” and “The Real World.”
MTV has announced that reboots of four classic shows, including “Aeon Flux” and “Made,” will be produced and shopped around to networks and streamers. (The Hollywood Reporter)

The fight for diversity for Hollywood directors is far from over.
A new study from the labor union, the Directors Guild of America (DGA) reveals that diversity is low across the board among Hollywood directors. Out of a sampling of 651 films in 2017 ranging from big-budget major motion pictures to low-budget indie releases, female directors helmed only 16 percent of films. For projects which earned more than $250,000 in box office returns, only 12 percent of the directors were female, and 10 percent were artists of color—a drop of three percentage points from the year prior. (Backstage)

Depp confirms he uses an earpiece on set.
The reason behind the famous Jessica Chastain eye-roll finally got confirmation this week. In an extensive interview with “Rolling Stone,” Depp said he employs a sound engineer to feed him lines through an earpiece while shooting scenes. Depp defended the practice, claiming it allows him to “act with his eyes.” (Rolling Stone)

Exit Lasseter, enter Lee and Docter.
After Pete Lasseter’s departure from Disney last November under pressure from allegations of sexual harassment, the House of Mouse announced that Jennifer Lee and Pete Docter will take over as Chief Creative Officer of Disney Animation and Pixar, respectively. While Lasseter’s was initially termed a “leave of absence,” the new appointments would make this indefinite. Lee and Docter both have extensive experience in directing for their parent company—Docter worked on “Inside Out” and “Monsters, Inc.” and Lee was one of two directors for “Frozen” and a writer on “Wreck-It Ralph” and “Zootopia.” (ScreenRant)