Giovanni Ribisi on Playing Villains and Ways to Tell Stories 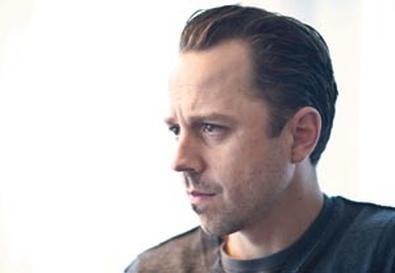 Photo Source: Sebastian Piras
From all appearances, Giovanni Ribisi is a really nice guy. He's polite and soft-spoken and can talk at length about the importance of values and family. He's described by co-stars as a dedicated and generous actor. He insists on paying for lunch. So why is he so good at playing such vile characters onscreen?

When asked this, Ribisi laughs good-naturedly. "I don't know; it's a funny question," he says. "Maybe I'm so nasty onscreen, I get it out of my system." He takes it as a compliment that one interview described his "Avatar" character, corporate slimeball Parker Selfridge, as "the world's biggest douchebag." But in his new film "Contraband," Ribisi's lowlife drug trafficker Tim Briggs makes Selfridge look like a Boy Scout. Adorned with menacing tattoos on his face and body, Briggs sports a scruffy goatee and hair slicked back with God only knows what. Briggs would just as soon run into someone with a truck than bother to talk things out, and he isn't above inflicting violence on women and children to make his point. Though the star of the movie is Mark Wahlberg as a smuggler–turned–family man lured back into one last heist, Ribisi's loathsome villain steals the film.

Ribisi almost talked himself out of the role. When Icelandic filmmaker Baltasar Kormákur set out to adapt his 2008 hit "Reykjavik-Rotterdam" for American audiences, he asked Ribisi to audition. "I said I would love to meet with him, but I couldn't read for it because it was going to take time to prepare the character," Ribisi says. "If you had another actor familiar with this type of experience, maybe they could come in and do a read. But I would like to build this from the ground up." Ribisi was a little surprised when he got the call to do the film. "He really put his trust in me," he says. "And it went from there."

Briggs was originally written as a more physically intimidating specimen—a "bigger, more oafish" sort. "I felt like I had seen that before," Ribisi says, "and didn't want to do something cliché. I wanted somebody who was a little bit more severe in all aspects—his violence, his intellect, where he comes from."

When the actor arrived in New Orleans for the shoot, he set about finding Briggs' voice. He worked on the accent with dialect coach Carla Meyer, who helped form the alien language in "Avatar," and used recordings from Tim Monnich, who worked with Leonardo DiCaprio on "Blood Diamond." Adds Ribisi, "But the most helpful thing is when you find an individual who has your accent and you can record it. It can take days, weeks, months—but when you find the right guy, you do everything you can to get them to read the script." In this case, Ribisi found his right guy in a bar. The stranger agreed to record his dialogue on a tape recorder for him.

Before shooting began, Ribisi tried out his character in public, complete with the accent and 18 tattoos. "It was interesting because I'm not the biggest, most muscular guy on the planet, but I saw what a psychological thing it was to walk as this guy," he says. "And people definitely crossed the street when they saw me like that."

Ribisi has been acting for more than 30 years. He was born into an artistic family; his father was a member of the one-hit-wonder band People!, which had a hit song in 1968 called "I Love You," and his mother was an artist who became a manager and now represents actors such as Jason Lee and Elisabeth Moss. Ribisi describes his household as having a "hippie mentality" and encouraging the arts, though he says he was never pushed into acting. Rather, when he was 4 he began begging his mother to let him go on auditions. "About five years later, she finally acquiesced and we went looking for an agent," he says. Ribisi says he believes he began booking roles pretty quickly, not because of his talent but because of a lack of competition. "Back then, there really weren't as many child actors, so it was kind of in demand," he says.

Ribisi says he was just having fun at first, not thinking of acting as a career. After appearances on such series as "Married With Children" and a recurring role on "My Two Dads," Ribisi went through a rebellious phase during which he didn't want to act anymore. "You know how it is when you're 13 or 14," he elaborates. "I was trying to figure out who I was, and I didn't like being forced to wear certain things and told what to do." Then he met aspiring filmmaker Lightfield Lewis, brother of actor Juliette Lewis, who introduced him to a whole new world of actors. "He showed me the films of Marlon Brando—specifically 'Streetcar Named Desire'—and Laurence Olivier, and all these people I'd never heard of," Ribisi says. "And I began to see things in a different light. I began to see acting as something that might be a potential challenge and worthy of working towards something." So at 16, after years of working in the business, Ribisi decided he wanted to be an actor.

His first step was to find an acting class. A family friend recommended Milton Katselas of the Beverly Hills Playhouse. "I ate it up," Ribisi says. "I don't know what happened; there was a light that turned on in me, and I just became devoted to that. Milton was like a second father to me; he was such an intelligent, perceptive person." Ribisi credits Katselas, who died in 2008, with teaching him to embrace the audition process. "I hated it; it was so nerve-racking and odd," he says. "But while studying with Milton, my mentality changed so that I looked at it as an opportunity to get to do what I love, which is act."

As Ribisi was about to enter his 20s, he wanted to move away from television and get into film. "It was a time when people like Quentin Tarantino were really stretching the boundaries of film," he says. "And I sort of got this attitude that I wouldn't do television; I didn't care if I was homeless. Luckily, I got a movie, so that didn't happen." The film was "The Grave," and the then-19-year-old Ribisi played a convict on a chain gang who had three lines, one being "Hey, man."

His biggest break came a couple of years later, when Richard Linklater was adapting Eric Bogosian's play "SubUrbia" for the big screen. "I went in and auditioned, and they said no," Ribisi says. "And Milton had said to me that the auditioning process was not over until you say it's over. So I basically begged and convinced them to see me, to give me five minutes of their time. They were already in New York, so I took the last $800 I had in my bank account, and I bought a ticket." Ribisi says he stayed up all night, pacing the aisles of his red-eye flight, working on the scene. After his second audition, he was told he got the part.

A variety of roles followed, and Ribisi seemed to never repeat his work. Highlights included playing the sensitive medic in Steven Spielberg's "Saving Private Ryan," scoring an Independent Spirit Award nomination for "The Gift," and last year's adaptation of the Hunter S. Thompson novel "The Rum Diary," with Johnny Depp. A fan of Thompson and Depp, Ribisi had a great time making the film and says the late Thompson maintained a presence on the set. "There was a chair that had 'Hunter Thompson' on it on set, with a bottle of Scotch and a cigarette holder," Ribisi says. "It was there every day. We would be up in the mountains; that chair would be there."

Of course, there was "Avatar," the highest-grossing movie of all time. Perhaps most interesting about Ribisi's involvement is that it didn't end with his performance. A few years back, Ribisi had taken a break from acting to study computer graphics at the Gnomon School of Visual Effects. In 2008, he formed a small visual effects company called Stereo D. When "Avatar" director James Cameron's company, Lightstorm Entertainment, was looking for houses to convert a shot from "Avatar" to 3-D, it contacted several companies. "We delivered five versions of the shot in 24 hours," Ribisi says. "Other companies were taking a week to do one version." Cameron, unaware that one of his stars was involved with the company, hired Stereo D to convert several more shots. "It was one of my proudest moments," Ribisi says. "I've since moved on, but the company remains, and it's actually doing the 3-D conversion on 'Titanic.' " Lest anyone think Ribisi wasn't hands-on, he personally spent hours converting the shots. "The first shot we converted is one of the first things you see in the movie—it's Sam Worthington's eyeball," he reveals. "I can officially say he has 53 lashes on his bottom left eye."

Ribisi has more interests on the other side of the lens; he recently directed a music video for Cat Power's "King Rides By," featuring boxer Manny Pacquiao. He's directing a film about youth culture and skateboarding with Steve Berra and Eric Koston, the founders of the private skate park The Berrics. But Ribisi says he will never leave acting behind. "My focus has always been on film, and I'll participate in different ways," he says. "I just want to be a part of telling great stories."

Other films include "Cold Mountain," "Middle Men," and "Lost in Translation" also made memorable appearances on "Friends" as Phoebe's brother and "My Name Is Earl" opposite his good friend Jason Lee

Says his most difficult role was in the 2002 Tom Tykwer film "Heaven," in which Ribisi had 12 days to learn to speak Italian and was dealing with a lot of stress in his personal life. As a result, he has not seen the final film: "From what I hear, it's a good movie; I'm just not ready."