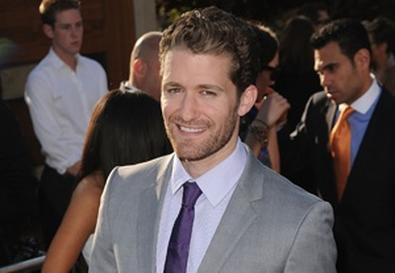 Photo Source: Jason Merritt
LOS ANGELES (Reuters) – Matthew Morrison has been slusheed, serenaded, ridiculed, and cajoled into singing rap -- all in the service of "Glee."

But after a year on the hit musical TV show, the actor says he has learned to trust his writers.

Broadway star Morrison, 31, plays Will Schuester, Spanish teacher and leader of the struggling high school choir, in the quirky Fox comedy that has taken pop culture by storm.

The role has brought the singing, dancing actor an Emmy nomination, instant public recognition, and surprises every week in the form of new scripts from series creator Ryan Murphy and writers Brad Falchuk and Ian Brennan.

"Sometimes I cringe! (on first seeing my script)," Morrison told Reuters on Tuesday, as the complete first season "Glee" DVD was released.

"But I've learned to trust the writers. Ryan, Brad and Ian all know what they doing. Sometimes those cringe moments have turned out to be the most amazing things. The first time they asked me to rap on the show I was like, what?. But the cover version of (Kanye West's) 'Gold Digger' turned out to be great number and everyone loved it, so I completely have trust in them," Morrison said.

As a teacher, Morrison usually manages to dodge the sticky slushee assaults carried out on the under-dog Glee club members by more popular high school students.

But he hasn't been immune. "In the first season, all the kids ganged up and they all slusheed me at once. It doesn't feel good going down your backside!" he said.

Life has changed dramatically in the past year for Morrison, whose Broadway credits include "South Pacific" and "Hairspray."

The DVD release includes a video diary shot by Morrison in the summer of 2009, just before "Glee" became one of the most talked-about new shows on U.S. television.

He films himself standing unrecognized on a New York street next to a wall poster of himself promoting "Glee."

"I've gone from the small bubble of the New York community to this great success of having the world know who you are, and people recognizing you everywhere," he said.

"I am so happy that a musical show has found its way on TV. It hasn't happened in a couple of decades. I am glad we live in a time where people are open to that," he added.