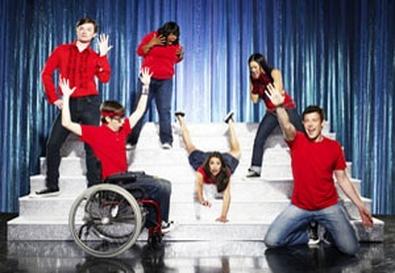 The executive producers of the Fox series "Glee" are holding a nationwide online casting call for fresh, young, and talented performers to fill new roles that will be featured during the show's second season.

Beginning today, March 30th, amateur and professional performers between the ages of 16 and 26 have the opportunity to submit an audition video on MySpace at www.myspace.com/gleeauditions. Submission deadline is April 26.

"Glee" is the Golden Globe Award-winning Fox comedy series "for the aspiring underdog in all of us," about an optimistic teacher trying to save his high school's glee club while also helping a group of aspiring underdogs realize their true star potential. "Glee" returns Tuesday, April 13 on Fox.

If you think you have what it takes to get McKinley High's Glee Club to Nationals, visit www.myspace.com/gleeauditions and submit your audition video today.

Seeking—Performers: male and female, 16-26, all ethnicities, all types, professionals and amateurs, fresh, young, talented, for new roles that will be featured during the second season of "Glee." Note: Only one entry per person.

For more info and to enter, visit www.myspace.com/gleeauditions and upload your audition video. Submission deadline is April 26.

Audition videos must be limited to five minutes in length, including a one-minute introduction and a four-minute song performance. Videos must feature an explanation about why the auditioner wants to be on "Glee," as well as a demonstration of his/her stellar singing ability by performing one of 10 "Glee" hits including "True Colors," "You Can't Always Get What You Want," and "Lean on Me."

You must use only the songs provided on the casting call website. Performances must be either a cappella or with single instrument accompaniment via MySpace Karaoke, or by uploading their own pre-recorded videos.