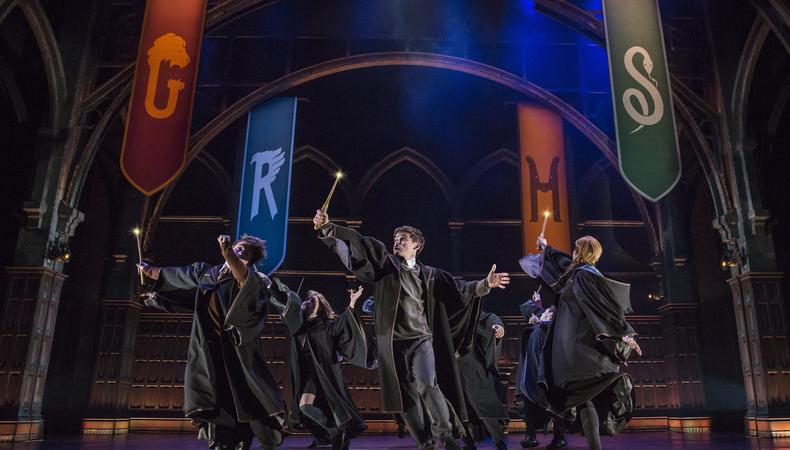 Held May 18 at the Marriott Marquis Times Square in New York City, the 84th Drama League Awards ceremony feted the best of Broadway and Off-Broadway, ultimately recognizing a number of promising Tony contenders with their annual honors—among the oldest theater awards in the country.

Taking home the Distinguished Performance Award, which can only be won once in a performer’s lifetime, was Glenda Jackson. As “A,” one of the trio of characters in Edward Albee’s “Three Tall Women” directed by Joe Mantello, Jackson’s performance marks a return to Broadway after 20 years away. The two-time Oscar winner now joins the ranks of actors who have earned the Drama League’s top honor, including last year’s Ben Platt, Lin-Manuel Miranda, Chita Rivera, Neil Patrick Harris, Nathan Lane, Audra McDonald, and many more.

Winning outstanding musical and play, on Broadway or Off-Broadway, were “The Band’s Visit” and “Harry Potter and the Cursed Child,” respectively. Both are in the running in their corresponding categories at the upcoming Tony Awards, as are the winners of outstanding musical and play revival: “My Fair Lady” and “Angels in America.” Last year all four winners in these Drama League categories went on to win Tony statues.

The ceremony was hosted by “Mean Girls” stars Taylor Louderman, Ashley Park, and Kate Rockwell. As was previously announced, the 2018 ceremony gave special honors to Idina Menzel (recipient of the Distinguished Achievement in Musical Theater Award), Casey Nicholaw (the Founders Award for Excellence in Directing), and the National Endowment for the Arts (the Unique Contribution to the Theater Award). For more information on the Drama League and their awards, visit www.dramaleague.org.

Ready to win your own theater award? Check out Backstage’s Broadway audition listings!

Jack Smart
Jack Smart is the awards editor at Backstage, where he covers all things Emmy, SAG, Oscar, and Tony Awards. He also produces and hosts Backstage’s awards podcast “In the Envelope” and has interviewed some of the biggest stars of stage and screen.
END_OF_DOCUMENT_TOKEN_TO_BE_REPLACED