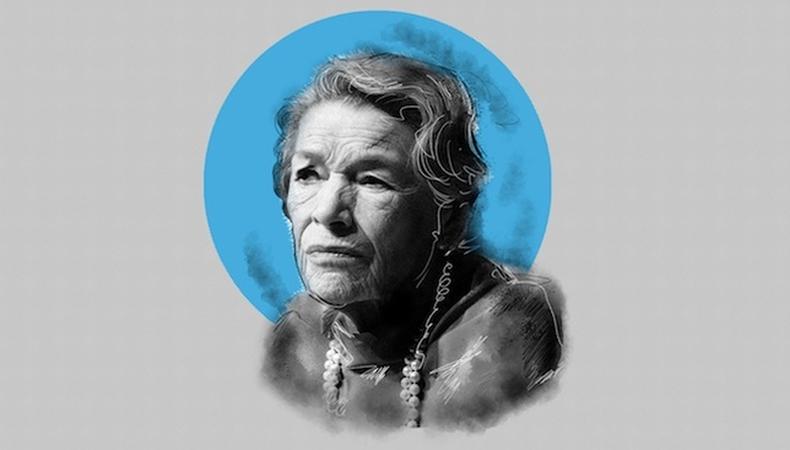 The queen will play the King.
Fresh off of her leading actress in a play Tony Award win for “Three Tall Women,” Glenda Jackson has already lined up her next Broadway gig, and it’s certainly fit for a queen—or king. Jackson will play the title role in a Scott Rudin-produced “King Lear,” reprising a role she played at London's Old Vic in 2016. Save for Jackson, this production will feature an entirely new cast as well as creative team and will begin Broadway previews at a to-be-announced theater March 6, 2019.

Here’s who’s kissing Kate.
Next season’s Broadway revival of Roundabout Theatre Company’s “Kiss Me Kate” has announced that Tony nominee Will Chase will star opposite Tony winner Kelli O’Hara, playing the role of Fred Graham/Petruchio in the musical comedy. Last seen on Broadway as a replacement in the raucous “Something Rotten!,” Chase previously starred in Roundabout’s “The Mystery of Edwin Drood,” and is also an alumna of musical television series “Smash” and “Nashville.” Previews begin at Studio 54 Feb. 14, 2019.

“Tootsie” has company.
The upcoming musical adaptation of feature film “Tootsie” has completed casting ahead of its world premiere in Chicago this fall. Joining previously announced star and Tony nominee Santino Fontana will be Lilli Cooper (currently starring as Sandy in “SpongeBob SquarePants”), Tony nominee Sarah Stiles (“Hand to God”), Julie Halston (“You Can’t Take It With You”), Tony winner Michael McGrath (“Nice Work If You Can Get It”), Tony nominee Reg Rogers (“Holiday”), among others. Featuring a score by 2018 Tony winner David Yazbek and book by Robert Horn, the Scott Ellis-directed tuner will bow at a to-be-announced theater in spring 2019.

“Collective” casting comes into place.
Some of the brightest broads from both stage and screen will head Off-Broadway to star in “Collective Rage: A Play in 5 Betties.” Leading the comedy, about five women all named Betty, will be Dana Delany (“Desperate Housewives”), Lea DeLaria (“Orange Is the New Black”), Adina Verson (“Indecent”), Ana Villafañe (“On Your Feet”), and Chaunté Wayans (“Fifty Shades of Black”). Written by Jen Silverman, the comedy begins previews Aug. 16 at the Lucille Lortel Theatre, under the direction of Mike Donahue.

Get in on the action! Check out Backstage's theater audition listings!

Casey Mink
Casey Mink is the senior staff writer at Backstage. When she's not writing about television, film, or theater, she is definitely somewhere watching it.
END_OF_DOCUMENT_TOKEN_TO_BE_REPLACED