Glenn Close Reveals the 1 Movie All Actors Should See 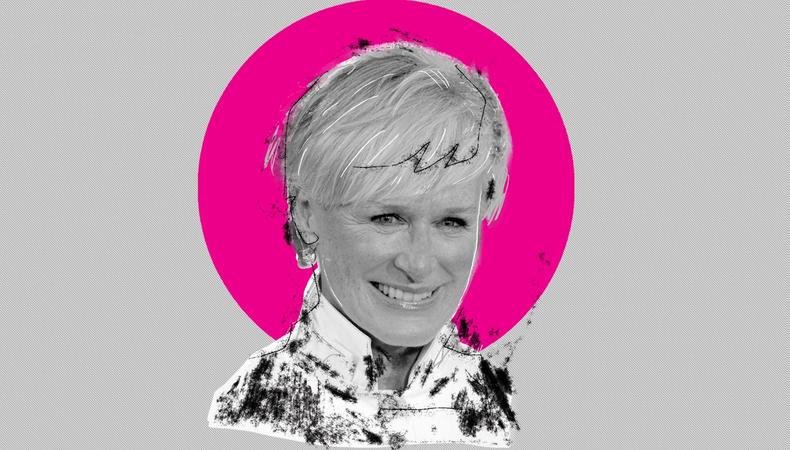 Six-time Oscar nominee Glenn Close is deservedly getting yet another year of awards buzz for her steely and ferocious turn in Björn Runge’s “The Wife.” She stars as Joan Castleman, a brilliant but thwarted novelist who is forced to live in the shadow of her Nobel Prize–winning husband, Joe (Jonathan Pryce). Close caught up with Backstage to reveal how she found her way into Joan’s psyche and why, as an actor, “you have this engine that just keeps going.”

Joan Castleman is such a rich opportunity for any actor of your caliber, but what is it about her that first spoke to you?
I was very challenged by it, because my big question was: Why didn’t she leave him? At first I thought, Oh, my gosh, all the women in the audience will jump up and say, “Just leave him! Just leave him!” So I had to answer that question for myself and be able to believe it for myself. And it was that exploration, working with [screenwriter] Jane Anderson and working with [director] Björn Runge and, of course, with Jonathan—it was tricky, but I think I finally found her and felt very connected to her story and to who she was. It took a lot of thinking and working it out and working around the table with the script.

Considering that relationship between Joe and Joan, how did you and Jonathan discover what their marriage actually looked like? Was there a lot of rehearsal and scene work together?
No, there wasn’t. For me, it was just thinking and talking. It was mainly with the writer and our director. And Jonathan and I, we read and we spent some time with each of the scenes around the table, but we didn’t act it out, it was just more talking it through and refining.

READ: Glenn Close on the Secret to Career Longevity

What makes a good scene partner in your book?
I would say listen. Just the basics of you begin by listening to what the other character says and responding to it, right? And then how you listen and how you respond is something you have to figure out within the context of that character. And also, I don’t try to impose me, Glenn Close, on the character. I try to think the thoughts that that character is having so you do justice to whoever that character is. If you impose yourself on it, you get into it, and then—oh, jeez. A lot of times, I think about what you might think are simple things. Like, I’m sitting here in this room, it’s 10 o’clock in the morning. What have I just done? To me, the most important thing is where I’ve come from, and then you just hopefully can play in the moment. But you’ve gotta know where you’ve come from.

And by that you mean a character’s specific backstory?
Yes, but also just very [simply], where were you? Did you just wake up from a nap? Put yourself in the moment. And when you start to think things like that, very simple things start becoming obvious.

What advice would you give your younger self?
I had this engine that just kept going when I got rejected, rejected, rejected. [When] you go into an audition and you feel you haven’t done your best, that is always the hardest. I felt if I’d done my best, that was my best, and it was out of my hands. But if you go into an audition and you don’t feel it was your best, that’s really hard. And usually in those cases, I would try to audition again. I’d either write a letter or I’d do something to try to get another chance.

Did that happen often?
Yeah! I remember one time that I got cast after getting another chance. For “Albert Nobbs,” and that was a long time ago, I felt I was doing bad, and I had the wherewithal to say, “You know what? I’m boring myself, so I must be boring you. I think I’m just gonna go home.” [Laughs] And I heard from my agent that they thought that was the most interesting thing that had happened, and they asked me to come back. But before I came back, that was the first time I sought out Harold Guskin as a coach, and I just said, “Please help me! I’m so bad at this.” But if I really wanted the part and I thought I really could do a good job in the part, I would always try to get another chance.

Before you were making a living as an actor, did you have any memorable survival jobs?
Well, I was crazy—I had a crazy beginning. I auditioned for University Resident Theatre Association and Theatre Communications Group the spring of my senior year when I was at William & Mary, but I got hired by the Phoenix Theatre company for that fall. And from that job, I got an agent, and I was off. [But] I had shit jobs when I was in college.

What did your first headshot look like?
Oh, it was horrible! My first headshot was taken by one of the theater professors at William & Mary. Not professionally done [Laughs].

What is one movie that every actor should see?
One of my favorite movies is “A Man for All Seasons,” particularly because in the trial scene, Paul Scofield does the most remarkable thing: He’s very, very weak because he’s been in prison all that time, and when he speaks back to the jury, it’s a phenomenal acting job because you feel his power through his weakness. It’s one of my favorite moments for an actor that I’ve seen on film. I’ve never forgotten that, and I’ve often wondered how he achieved that.

Benjamin Lindsay
Benjamin Lindsay is managing editor at Backstage, where if you’re reading it in our magazine, he’s written or edited it first. He’s also producer and host of a number of our digital interview series, including our inaugural on-camera segment, Backstage Live.
END_OF_DOCUMENT_TOKEN_TO_BE_REPLACED