When the Going Gets Tough, Rely on Your Craft as an Actor 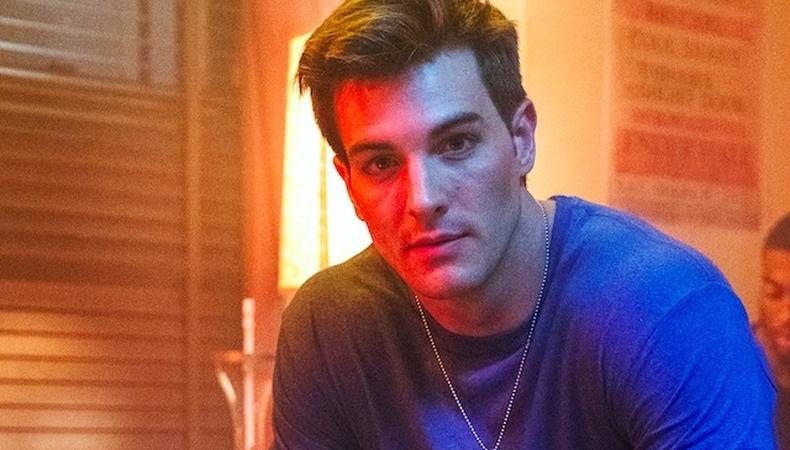 Pursuing a career in acting requires your blood, sweat, and tears—literally. I remember an afternoon when I was sitting in my car and couldn’t help crying. It was just after a Hollywood acting class with a famous casting director and acting teacher (it was the third week of six), and I barely made it to my car before tears broke from the terribly true feedback she gave on my performance. She literally asked, “Have you ever done this before?” But it was a huge moment for me.

I was crying so hard because I really did try my best to prepare, but I simply didn’t know what I was doing. I thought about quitting class—maybe even quitting acting all together. But after a weekend of wallowing (and watching my favorite movies), I decided to give the last three weeks of that class everything I had, to get extra help on how to prepare, and to stop taking notes so personally. After two weeks of struggling through my scene, a funny thing happened in my last performance: I didn’t suck! I wasn’t great, but taking that step back to focus on proper preparation and concentrating on getting better rather than wallowing or hating my teacher really improved my work.

I share that story not to prove how far I’ve come, but to prove that while working hard is great and will get you unbelievably far, knowing how to work hard will get you a career.

Playing BoJohn Folsom on “The Quad” has been a life changer. I actually got my audition only a day in advance while I was mid-audition process for a Syfy movie about a man learning to channel his superpowers to save the world. As a small town quarterback, BoJohn couldn’t be further from that. But being able to take a breath and properly prepare for both auditions allowed me a real shot at both, and I ultimately booked “The Quad.” (The Syfy film ended up never getting made, so technically, I didn’t lose out on that one either! Wink wink.)

This industry is filled with last-minute auditions and last-minute script changes, but if there’s one thing I’ve learned from being blessed with work recently, it’s that if you truly have craft behind your hard work, you will never be unprepared. Even when the master light shining above the dark field where you’re shooting the movie’s climax goes out at 3 a.m. and you only have one more take to get it right (yes, that really happened to me once), your craft will get you through those unexpected curveballs.

This business also comes with rejection, and a lot of it. I’ve found the more my craft advances, the easier I accept those rejections as part of the job rather than personal assaults on my ability or even me as a human being. (It’s been awhile since I cried over bad feedback!) Let’s face it: When we audition, they are saying “yes” or “no” to us as human beings. On the other hand, with the craft behind you, they can say “no” to your height, your hair color, maybe the damn sound of your voice (that’s happened to me, too), but not you as an actor. Not your work ethic. Not your preparation. Not your skill. I think we can all sleep better if that’s the case.

My final advice from the field I’ll paraphrase from a far better actor, John Lithgow: There’s no pot of gold at the end of the rainbow. And that’s okay. I’ve heard the there’s-no-pot-of-gold thing before, but hearing the second part—“and that’s okay”—totally changed the meaning of that quote for me. If us actors accepted that there’s no one role that will completely satisfy us as artists, and we will never be “perfect” in a part, then I really think we can all better enjoy the ups and downs of the ride. It really is a beautiful one if we take the time to look around while we’re on it and to enjoy it with the people we love.

Believe me, I should take all this advice more than anyone, but I have found—and think you will, too—that if you take the time to enjoy the beautiful job we have as actors with the people you love, your work is only going to benefit from it. And while you won’t reach any pot of gold, you’ll hopefully make some gold coins along the way, and you'll have one hell of a time!