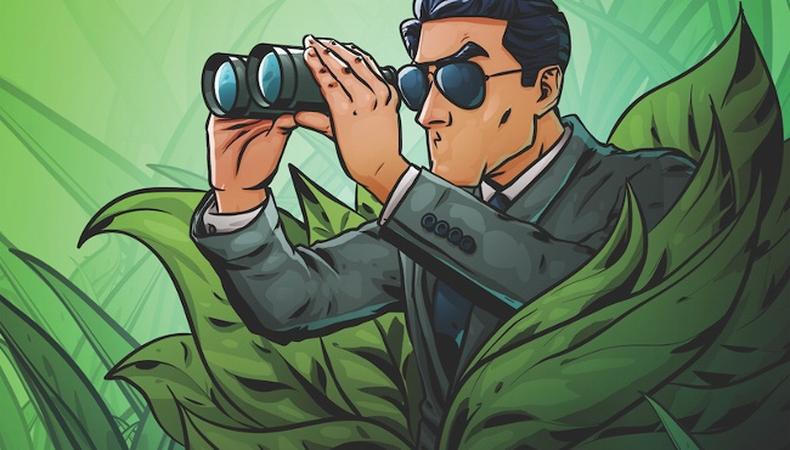 Did any of you attend the Hollywood actors’ charity auction last week? I’m asking because if you did, there’s a good chance we bumped into each other.

I know what you’re thinking. It’s a private event. Only union actors are allowed to attend. Well, I’ve always been curious about this auction, so I decided to go undercover and crash the party.

To create the perfect disguise, I picked up some clothes at a Venice Beach thrift store. Then I paid a friend in Chicago to create a fake union card. And for the final touch, I borrowed an old Civic from the guy who cleans my pool.

All that effort paid off, because I’ve never seen anything like it. The hall was packed wall to wall with actors, all bidding on lots that might jump-start their careers. And none of them knew an agent was there, hiding in plain sight. I felt like Dian Fossey, moving freely among the apes in Rwanda.

Before the auction began, I wandered through the viewing room, studying the items that were up for bidding.

A man and a woman were sitting on a block holding cameras, smiling down at all the actors. I recognized them as the most expensive headshot photographers in town. The winning bidder would walk away with what were promised as the greatest headshots ever taken in the history of acting.

If you ask me, all their work looks the same and they’re hardly worth the price. A smart shopper could do better for less. There’s no need to go broke when you get new headshots.

Just then, an announcement was made. The auction was about to begin. I made my way into the hall and grabbed a seat front and center.

The two actors next to me were of the female persuasion, both young and perky. One of them was upset because her agent had just dropped her. I decided to engage.

“My agent is the King of Jerk Town. He dropped me because I missed a few auditions, but I had a really good reason. My boyfriend and I were fighting and I just couldn’t focus, not when my personal life was such a mess.”

I considered explaining the meaning of the word “professional,” but the auctioneer walked out onstage. Much to my surprise, it was a famous actor whose name rhymes with Len Ass Heck. (I guess he was trying to drum up some good will before ruining my favorite superhero character.)

The first lot was for a nine-year contract with a midsized manager. There were no bids.

The second lot was for three lines on a hit network show that may or may not end up getting cut. That item sold for $600.

I’ll never know what the next lot was because an actor spotted me from across the room and shouted out my name. It was one of my clients! Exposed, I made a mad dash for the door but it was too late. Hundreds of headshots rained down on me like green wildfire from the towers of King’s Landing. Covered in submissions, I was out cold before my head hit the ground.

I woke up a few hours later in an emergency room. My client was right next to me. He apologized for ruining my plan, and then he asked about a role in a pilot he thought was perfect for him.

That got me thinking. Maybe next year I’ll hold my own auction. It could be the perfect way to make a few bucks when I dump clients who only care about themselves. What do I bid for a selfish actor with no future?