How a Good Mantra Can Change an Actor's Life 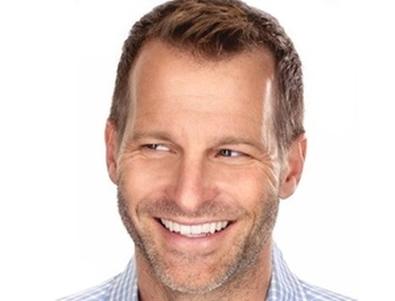 What do you tell yourself when you don’t get the job? Be honest. Generally it's similar to the five stages of grief, and sometimes all within the same minute.

1. Denial. “What? They definitely don’t know what they’re doing! They’ll figure it out, and when no one else does a better job, they’ll bring me back in.”

3. Bargaining. “I didn’t want that job anyway. Lame. A better job is coming along that I wouldn’t be available for if I got that role.”

4. Depression. “What am I doing with my life? I can’t take it anymore.”

5. Acceptance. “Oh, I got another audition? Cool!”

That’s the mental roller coaster ride we take, and it often leaves us feeling queasy and insecure. The same formula could be applied when we get dumped by our perfect boyfriend or girlfriend, when an agent doesn’t return our call, or when we get fired from a job.

What if we tried another approach, and tapped into the ancient tradition of using a mantra as a grounding device to help us weather the storms of life? Not just in the acting world, but in every aspect of our lives. We use mantras to quiet the mind. Like neuroscience has shown, creating new patterns of thought reboots old neural grooves that are habituated and unhealthy. So, like anything, we use a mantra as a vehicle. As a practice. As an understanding of process. As awareness. As a way to let go and trust.

The point is to gain peace of mind. Because if you don’t have peace of mind on your journey, what do you have? No amount of money, fame, popularity, or success can provide that for you. Peace of mind comes from the mind.

Instead of beating yourself up when things don’t go your way, why don’t you try any of these more truthful statements?

“The universe is orchestrating the details for me. It’s safe for me to let go. I don’t have to control everything.” (You can’t anyway.)

“My life keeps getting easier and easier. And more and more fun.” (For sure!)

“Everything always works out for the best.” (It does.)

Let your mantra be a centering thought when everything else in your life seems to be going wrong. You’ll find that amidst the disappointment of rejections and setbacks, you’ll become more resilient and adaptable. You might even start having more fun. Even when you don’t get the job.