Got a New Agent? Here’s How to Make a Good Impression 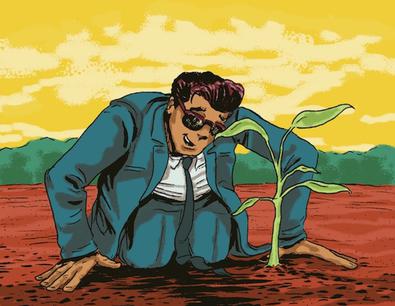 Change is everywhere. It’s the only constant in our lives—and that’s especially true in the agency business.

I’ve represented actors for over 12 years now, and during that time, I’ve worked at three agencies. The place I’m with now has had the pleasure of my company for about five years. I’m one of four agents there, and we’re a terrific team. But you know what? The faces on that team have changed a few times since I showed up.

That’s just the nature of the business; agents tend to move around. There are many reasons for this; some of them are financial, some are personal. I’ve learned to accept these changes because I find them energizing, and I love the opportunity to work with new people. But you know who doesn’t like these changes? Clients.

Actors love uniformity. They want to know who their agents are and they don’t want to hear about any changes. The funny thing is that I’ve found this to be true even when a client isn’t getting out as much as they’d like. I guess the devil you know is better than the one you don’t. But here’s the thing: No matter how happy you are with your reps, there’s a good chance that at some point, one of them will be replaced by a new face. When this happens, it’s in your best interest to get to know that person quickly, because your career is in their hands.

The routine is usually the same. After the new agent settles in, clients are set up to meet this mysterious stranger. The whole process usually takes a couple of weeks. Priority is given to the important bookers. When you find yourself in this kind of situation, I believe there are ways you can maximize that meeting. I’m speaking from experience, because I know what it’s like to be the new guy, and I’ve seen actors crush that initial meeting and I’ve seen them blow it.

READ: Why Saying ‘No’ to an Offer Could Get Your Acting Career Back on Track

The actors who do a bad job are the ones who come in and turn the meeting into a bitch fest. Instead of getting to know their new agent, they spend their time complaining about their career. This marks you as an unhappy client, and the new agent will report this back to the rest of the team. It will also leave a bad taste in his mouth. That’s what I call getting off on a bad foot.

Smart actors use the time to create a genuine connection with their new agent. They do this by asking as many questions as they answer, which generates an actual conversation. And if they’re really smart, they steer the chat into personal topics, not just professional ones. You have to remember that this new rep is being overwhelmed by all the clients he just inherited, so you want to do all you can to not just be another name on a list.

We all want to be the captain of our change ship, and we freak out when someone else imposes change upon us—but that’s life, and our ability to do well is largely based on how we respond to unexpected changes. So walk into that meeting with an open mind and some positive energy. Trust me. You’ll get the same in return.