How to Be a Great Actor, According to David Hyde Pierce 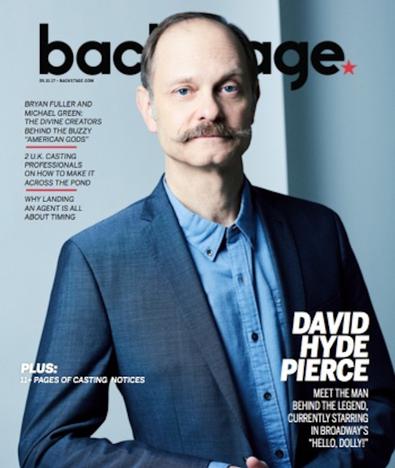 David Hyde Pierce has all the qualities of a good actor: curiosity, a precise work ethic, the ability to use a mustache to tremendous comedic effect. All are currently on display in his leading role in “Hello, Dolly!,” the box office–shattering hit of the Broadway season.

But what makes Pierce a great actor is his embrace of uncertainty.

“You might make a choice as an actor that’s a really smart choice and it’s in the right place and it’s the exact artistic goal,” he says. “But maybe in theater when it happens in the unexpected place, where neither you nor the audience would have planned it, maybe that’s more real and therefore more powerful.”

READ: 12 Broadway Shows We Can’t Wait to See This Spring

Breakfasting at a favorite restaurant near his Upper West Side apartment, Pierce refers to a note from his “Monty Python’s Spamalot” director Mike Nichols that he’s never forgotten. “In the service of keeping the show alive, he came back about a month into the Broadway run and said, ‘It’s really great, really funny. Now that you’ve figured out exactly how to get your laughs’—what he called ‘your favorite squeak and turn’—‘don’t do that.’ It freed us all up.

“You have no idea what you might discover if you just give yourself the freedom to go out there and let it happen,” Pierce adds, in a characteristic example of acting advice that doubles as life advice. “If we’re lucky, we have a very, very long run. And if we figure everything out, if we have all our squeaks and turns set up early in the run, it’s going to get stale very quickly.” 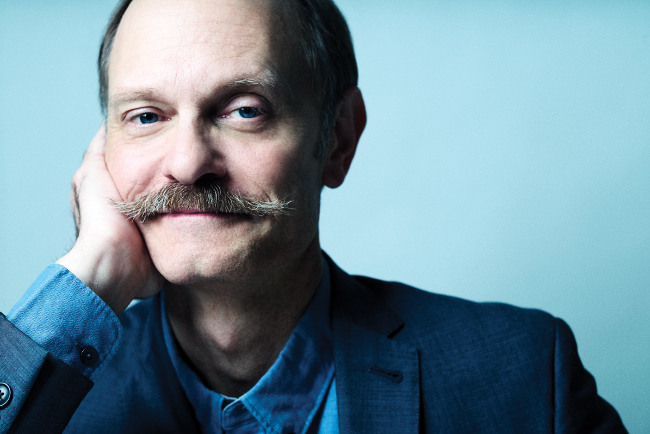 Anyone who’s seen Pierce on Broadway in “Vanya and Sonia and Masha and Spike,” or his Tony-winning turn in the musical “Curtains,” or on “Frasier” as his four-time Emmy-winning Niles Crane, might find it difficult to imagine his performance feeling stale. His range is evident in the singular 180 he pulled off this very season on the New York stage; before joining his old friend Bette Midler in “Hello, Dolly!” (the two co-starred in the 2000 film “Isn’t She Great”), Pierce played an utterly untheatrical character in Adam Bock’s innovative “A Life” at Playwrights Horizons. One, as the actor describes it, was “very Off-Broadway and quirky,” and the other is “a rock concert.”

The applause emanating from the Shubert Theatre every night this spring is indeed largely due to Midler, making a triumphant return to the Great White Way as the titular matchmaker, a role that feels created for her. Whether they’re there for 1960s musical magic or to worship a stage legend, Pierce says, audiences are essential to this production’s escapist fantasy. “Regardless of what’s going on in the world—because by the time this gets published, God knows where we’ll all be!—I guarantee you’ll have a good time.” But as he points out, “Hello, Dolly!” isn’t all brassy entertainment and nostalgia.

“It turns out this singing, dancing, happy show is all about taking loss and turning it around—how you go on,” he says. Pierce’s curmudgeonly Horace Vandergelder, the money-grubbing businessman Dolly Levi schemes to marry, is one of three main characters who have lost a spouse. Audiences may leave Jerry Zaks’ production dazzled by Santo Loquasto’s vibrant costumes and sets and humming Jerry Herman’s iconic tunes, but underneath the show’s sparkle runs a current of grief and, in its aftermath, hope.

“Even if you’re not aware of it watching the show, I do think part of the reason it works so well is because it deals with real, real things in the most theatrical, wonderful, creative way,” says Pierce. The same could be said of his performance. The actor is a marvel of broad physicality—his aforementioned mustache quivers with apoplectic indignation—yet he projects true pathos during Horace’s inevitable fall for Dolly.

The role got the same treatment Pierce applies to all his acting: intense overpreparation. He devoured the show’s source material (Thornton Wilder’s “The Merchant of Yonkers,” itself based on a 19th-century Austrian adaptation of an English one-act play), and pondered the Dutch origins of a name like Vandergelder. “I got a book on how the Dutch founded New York,” he says with a shrug. “It could not be further from this musical that we’re doing, but I thought, Who knows what I’ll discover? Maybe I’ll discover something about the way he talks or his family roots.”

Having worked on both sides of the audition table, directing Broadway’s “It Shoulda Been You” and other shows, Pierce advises actors to experiment with that kind of rigorous research. “You can’t play that in the show and you can’t play it in an audition, but the more you fill yourself with that stuff, the more in you the character is and the choices are, [the better],” he says. But then it’s time to “just chuck it all and walk in the door,” to accept the unknown.

In fact, he likens that process to sports. “You train and train and train if you’re going to be a boxer or play tennis or even ski. But then you don’t know what’s going to happen. You have a pretty good idea of what the possibilities are, you’ve worked out the moves, you know what works for you and all of that. But then you just go. And sometimes your instincts are right on the money and sometimes you’re surprised.”

Auditioning is indeed a skill, he adds, and while some people just have it, others must practice. “I do think you can learn just through repetition of auditioning, staying in yourself, being yourself,” he says. In the years after graduating from Yale University in 1981, Pierce performed at the Williamstown Theatre Festival, which led to meeting the casting director who booked his Broadway debut, “Beyond Therapy,” which led to meeting his longtime agent. But all the while, he would open the pages of Backstage and audition, audition, audition for local and regional theater gigs.

“My husband, Brian [Hargrove], we were young actors at the same time looking at Backstage, going to the same auditions,” he remembers. “He used to say, ‘This may be the only chance I will ever get to play this part.’ Look at the character as you always should, even when you’re cast in the show, and think, What do I care about in this? What’s important to me? 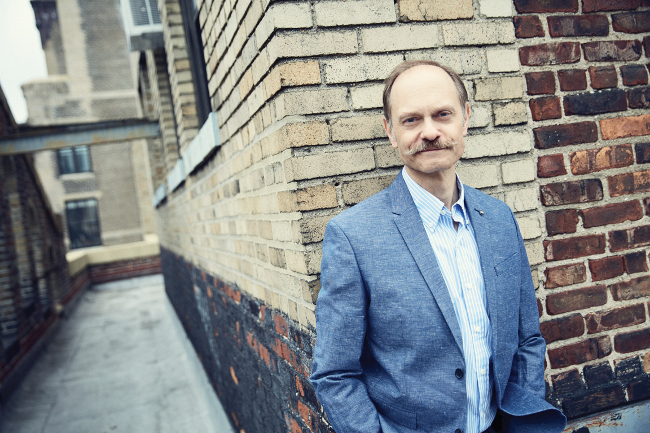 “I have very fond memories of that,” he says with a smile. That’s the other thing about Pierce that makes him a consummate actor: his passion for any and all work. “I love doing the show I’m doing now, I had a blast doing ‘Frasier,’ and I was just as happy doing Off-Broadway in the ’80s and Shakespeare in the Park and going to the Guthrie.” Pursuing an acting career requires that kind of love, says Pierce, even in the face of what some would call failure.

“It’s always the question: Should you stay in the business or should you not stay in the business? You have to be able to just walk into that door—and also be able to walk away—and not feel like, I’ve failed.” Before college, Pierce wanted to become a concert pianist, a dream eventually diminished by the realization that he could never reach that level of expertise. Instead of despairing or regretting taking that path in the first place, Pierce found ways to satisfy his passion for the piano, playing every day and drawing on his music training onstage. Aspiring actors may reach the same painful conclusion, and should know they can do so with dignity, creativity, and faith that it will all work out.

As Pierce puts it, “If it’s not feeding you—in every sense of the word—then walk away. And no shame!

Want to star in New York’s next hit musical? Check out our Broadway audition listings!

Jack Smart
Jack Smart is the awards editor at Backstage, where he covers all things Emmy, SAG, Oscar, and Tony Awards. He also produces and hosts Backstage’s awards podcast “In the Envelope” and has interviewed some of the biggest stars of stage and screen.
END_OF_DOCUMENT_TOKEN_TO_BE_REPLACED