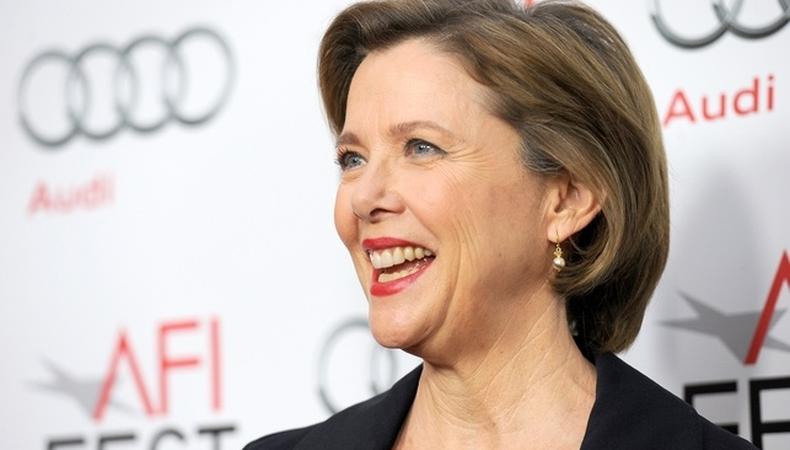 Would you believe that Glenn Close has never won an Academy Award, despite being nominated six times? She’s not the only talented actor who’s yet to win the coveted gold statue, sought out by all those in the industry.

For these actors, having never won is truly shocking, but we can only hope that their times will come, and that they’ll be able to solidify years and years of incredible performances with at least one much-deserved Oscar.

Annette Bening
Bening has been nominated four times for Oscars for her roles in “The Kids Are All Right,” “Being Julia,” “American Beauty,” and “The Grifters.” Of the eight Oscars that “American Beauty” was nominated for in 2000, Bening’s category (Best Actress in a Leading Role) was one of the three that the film didn’t take home. She lost to Hilary Swank for her performance in “Boys Don’t Cry.”

Sigourney Weaver
This veteran actor has never won an Oscar, despite being nominated three times (though, not since the ’80s). In 1987, Weaver was nominated for Best Actress in a Leading Role for “Aliens.” Then, in 1989, she was nominated for two separate movies—“Working Girl” and “Gorillas in the Mist: The Story of Dian Fossey”—but won neither award.

Believe it or not, Murray has only been nominated for an Oscar once for his role in “Lost in Translation.” Of course, this was a great performance by Murray, but certainly not the only one. Murray has been in several other Oscar-nominated films including “Moonrise Kingdom,” “Fantastic Mr. Fox,” and “Ghostbusters.” A great performance on Murray’s part also not recognized by the Academy is the 2004 Wes Anderson film “The Life Aquatic with Steve Zissou.”

Michelle Pfeiffer
Though it’s been a while since this star has been nominated for an Oscar, she has three nominations under her belt. Pfeiffer was nominated in 1989 for “Dangerous Liaisons,” in 1990 for “The Fabulous Baker Boys,” and in 1993 for “Love Field.” She starred in other Oscar-nominated films including “Batman Returns,” and “I Am Sam.”

Samuel L. Jackson
Though he was only nominated once, Jackson did not win the Oscar for Best Actor in a Supporting role in 1995 for “Pulp Fiction.” In fact, the film was nominated for seven Oscars that year, but only won one for Best Writing, Screenplay Written Directly for the Screen. Jackson’s co-stars John Travolta and Uma Thurman also lost their respective categories.

Tom Cruise
Unfortunately for Cruise, three was not a magic number, because despite being nominated as many times for Oscars, he didn’t win a single one. Cruise was first nominated for Best Actor in a Leading Role in 1990 for “Born on the Fourth of July.” He was later nominated in that category in 1997 for “Jerry Maguire,” and for Best Actor in a Supporting Role in 2000 for “Magnolia.” Cruise has managed to take home three Golden Globes throughout his career.

This four-time nominee never managed to score a win, despite many memorable performances. Most recently, Pitt was nominated twice for “Moneyball” in 2011. (The film was nominated for six Oscars, but won none of them). Pitt was also nominated for the Best Actor in a Leading Role for his performance in “The Curious Case of Benjamin Button,” and for Best Actor in a Supporting Role in “Twelve Monkeys.” Though he is well-known for his performances in “Inglorious Basterds” and “Fight Club,” Pitt was overlooked by the Academy for both.

Johnny Depp
This chameleon of an actor is also a three-time Oscar nominee. Depp was nominated for Best Performance by an Actor in a Leading Role three times for his performances in “Pirates of the Caribbean: The Curse of the Black Pearl,” “Finding Neverland,” and “Sweeney Todd: The Demon Barber of Fleet Street.” Depp went unrecognized by the Academy for some of his most iconic roles in films such as “Edward Scissorhands,” and “Fear and Loathing in Las Vegas.”

Bruce Willis
Are you sitting down? Because this news might come as a shock. Willis has never even been nominated for an Oscar. Despite starring in several Oscar-nominated films including “Armageddon,” “Die Hard,” and “The Sixth Sense,” the star has never managed to snag a nominee for himself. He’s only won one Golden Globe.

Linney has been nominated for Oscars three times since 2001, but has yet to win. She was first nominated for her role in “You Can Count on Me,” in 2001, followed by her 2005 nomination for “Kinsey,” and her 2008 nomination for “Savages.” The actor starred in other Academy Award-nominated films including “The Squid and the Whale” and “Primal Fear.”

Glenn Close
Another shocker is that despite her six nominations, Close has never won an Academy Award. Close was nominated for her work in the following films: “The World According to Garp,” “The Big Chill,” “The Natural,” “Fatal Attraction,” “Dangerous Liaisons,” and “Albert Nobbs.” The nominations span 20 years, showing that Close is a talented actress with staying power, but she’s been overlooked time and time again by the Academy.

Will Smith
Smith has delivered some Oscar-worthy performances and has been nominated twice, but never won. In 2002 Smith was nominated for Best Actor in a Leading Role for “Ali.” He was nominated in the same category in 2007 for his heartbreaking performance in “The Pursuit of Happyness.”