How to Be a Great On-Camera Actor 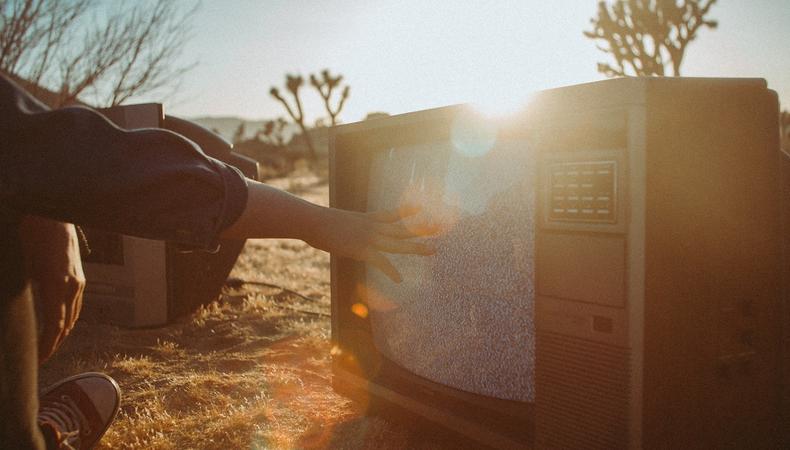 The great actors know: the camera sees all, from your body language, to the slightest facial tic, right down to the positioning of your feet. You can either fear it, or, you can embrace it using the below insight from Backstage Experts for how to deliver your absolute best on-camera performance.

The camera can detect your tenseness.
“I always teach students a simple relaxation technique of breathing in through your nose on a count of four, holding for a count of seven, and breathing out through your mouth on a count of eight. Deep-breathing is the fastest way to balance and relax. The counting helps your brain to shut down so that you can be more in the moment instead of spinning past everything.

“Then, take a deep breath (raising your shoulders up) and, as you exhale, flop down into your body like you’re a bag of potatoes. Slob out so you aren’t holding your body in a stiff acting position. It should feel like you are not in front of a camera at all. You shall begin to feel the difference between being stiff and locked in your body (fake actor) and freeing your life energy and blood to flow through your veins as though you are real (natural human being). Allow this natural flow to continue as you slide into your character. Make sure you don’t stiffen up again right before you start the scene. Keep tiny movements going on (breathing, slightly shifting your weight, wiggling your toes, etc.) so that you don’t freeze up. Get the flow going and go!” —Cathryn Hartt, Dallas-based acting coach and Backstage Expert

Think of the camera as creating intimacy.
“Camera acting literally ‘feels’ different than stage acting. It’s a totally different experience emotionally, physically, and vocally. The true art of camera acting is the creation of genuine, believable intimacy between you and the other actor. That is very different than landing a joke that can be heard and seen in the back row of a 500-seat theater.

“Camera acting is acting ‘without an audience.’ Think about it: Although there might be 30 crew members standing around when a TV show is being filmed, there’s literally no audience present. The camera is there only to record what happens between the two people. You do not have to ‘send’ your performance anywhere. Unlike stage work, the camera comes to you.” —David Dean Bottrell, veteran TV actor and Backstage Expert

“Find your mark immediately after you have introduced yourself. You are looking for where, on the opposite side of the camera, you will take the majority of your scene if you plan to create another relationship. Think of the camera as Mickey Mouse with two big ears. You want to focus on one ear, which will be the reader or casting director, and then you want the mark on the wall or somewhere in the room that is near enough to the camera to be the other ear. This will help you to not get lost when your adrenaline is up during your audition.” —Douglas Taurel, actor, producer, and Backstage Expert

The more specific, the better.
“On camera, limitless possibilities translate as general. Human limitations translate as a clearly-defined character. Human beings, and therefore characters, are defined by their prejudices which limit the ways they see and respond to the world. Watching a limited human being or character clash with the world is what makes a story interesting. The ‘you are the character and the character is you’ approach would actually work if actors isolated specific qualities or character traits (or character limitations if you will) that they themselves possess and let those specific qualities dictate how they play the entire scene.” —John Swanbeck, director, author, and Backstage Expert

Even stillness translates on-camera.
“On stage you have the opportunity for much more external business and your body and voice play a big part in who your character is. But in TV/film, where stillness is at a premium, you need to look within and find the qualities of yours that connect most powerfully with the words on the page. And when it’s go time, you need to be able to just talk and listen with a minimum of movement, relying on the honesty of your decisions to shine through from behind your eyes.

“And while relative stillness is the norm in on-camera acting, the great ones know that their bodies are still in play. They may not be able to reveal key components of the character’s personality by the way they “strut and fret” across the stage, but they know that every emotion needs to have been registered and felt in the body so that they aren’t stiff and rigid. They know that being alive with an electric stillness will add energy and life to the character even with next to no movement.” —Craig Wallace, acting teacher and Backstage Expert

Self-tape to unlearn bad habits.
“We all have [habits], but the ones I’m referring to in particular are the ones that might prove distracting to a director or an audience. These include: excessive blinking, flaring nostrils, overactive eyebrows, flipping hair, touching face, licking lips, sighing, crossing-arms, hands in pockets, and, well, the list is endless. But if you tape yourself and carefully self-scrutinize, you will be able to eliminate these habits altogether—or at the very least lessen some of them.” —Brian O’Neil, acting career coach, consultant, and Backstage Expert

There’s an on-camera lexicon; learn it.
“As actors and dancers onstage, we learn very quickly what upstage, downstage, etc. mean when blocking a performance. This lingo is a shortcut language. That same type of language exists when working in television.

“You probably can use common sense to figure out what things like ‘cut’ mean, but do you know ‘checking the gate’? What about ‘last looks’? Try to learn as much of the lingo as possible before showing up on set so you’re not completely in the dark. Same goes for who’s who.” —Carla Renata, blogging/branding expert and Backstage Expert

Casey Mink
Casey Mink is the senior staff writer at Backstage. When she's not writing about television, film, or theater, she is definitely somewhere watching it.
END_OF_DOCUMENT_TOKEN_TO_BE_REPLACED