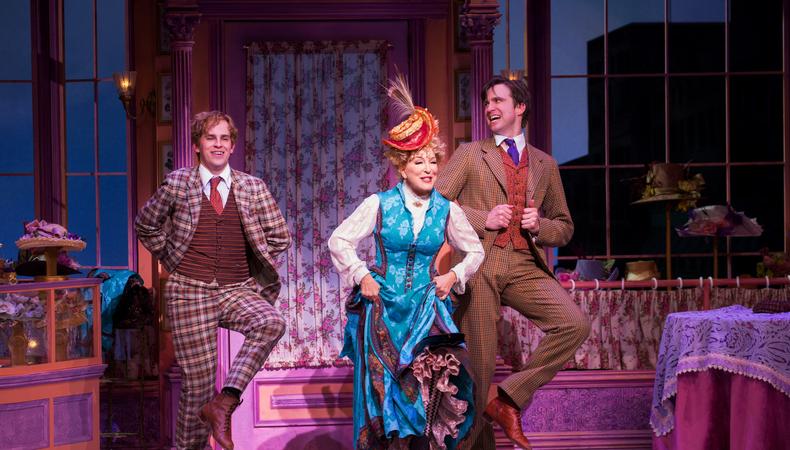 “Dear Evan Hansen,” “Come From Away,” “Oslo,” and “Sweat” are among the nominees for the 71st annual Tony Awards, announced May 2 by Jane Krakowski and Christopher Jackson at Lincoln Center’s New York Public Library for the Performing Arts. With 13 new musicals, 10 new plays, and 12 total revivals eligible in the 2016–17 Broadway season, competition proved fierce this year for the American theater’s top prize.

As was announced May 1, the esteemed Regional Theatre Tony Award will go to the Dallas Theater Center of Dallas, Texas, in recognition of it 60 years of innovative and dynamic programming. Award-winning actor James Earl Jones will be this year’s recipient of the Special Tony Award for Lifetime Achievement in the Theatre.

To be hosted by Kevin Spacey and aired live from Radio City Music Hall on the CBS Television Network June 11, the 2017 Tony Awards ceremony will again be presented by the Broadway League and the American Theatre Wing. For a partial list of the nominees, see below. For a full list and more information visit tonyawards.com.

Jack Smart
Jack Smart is the awards editor at Backstage, where he covers all things Emmy, SAG, Oscar, and Tony Awards. He also produces and hosts Backstage’s awards podcast “In the Envelope” and has interviewed some of the biggest stars of stage and screen.
END_OF_DOCUMENT_TOKEN_TO_BE_REPLACED