Greenlit: Abbi Jacobson and Will Graham Find ‘A League of Their Own’ at Amazon + More Projects Eyeing Casts 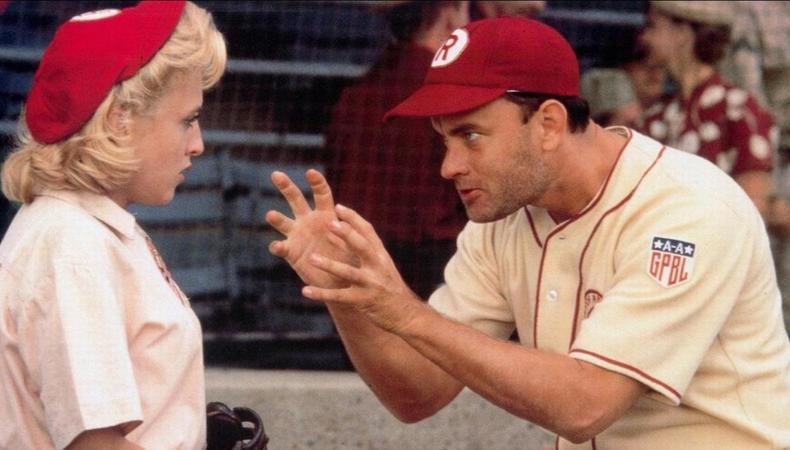 “A League of Their Own”
Any diehard baseball fan knows there absolutely is crying in baseball. But baseball fans have something to look forward to once the season is done with recent news that “Broad City’s” Abbi Jacobson and and “Mozart in the Jungle” writer-executive producer Will Graham will be teaming up to develop an Amazon series based on the hit 1992 movie “A League of Their Own.” The two will be co-writing and executive producing the half-hour comedy, which will be “less [of] a traditional reboot and more [of] a modern look at the story,” following the Rockford Peaches and the All-American Girls Professional Baseball League. The series is only now in development, so it’s hard to say what casting will look like, though possible it could shoot in and around Chicago, Illinois. A possible choice would be “Broad City’s” Cody Beke, though they could also stay within Amazon and go to “Mozart’s” Douglas Aibel. Or, maybe even return to the original film's casting team of Ellen Lewis and Amanda Mackey, still as busy as ever. Jacobson and Graham have the whole field to work with.

“Y”
An adaptation of the comic book series “Y: The Last Man,” is finally making moves at FX. It is a post-apocalyptic science fiction series in the DC universe that traverses a world of women and the one man who survives and it has long been in the works at FX. Michael Green, who wrote the adaptation and will serve as a co-showrunner alongside Aida Mashaka Croal, has finally found a gap in his busy schedule after leaving Starz’s “American Gods,” so the pilot is, at last, in progress. All of Michael Green’s previous work, as well as Brian K. Vaughan’s adapted work, have had different casting directors, so it is still too early to tell who will get this gig, especially with the series only now getting off the ground and no talent currently attached.

“Mrs. Fletcher”
HBO is also continuing its expansion and making sure its comedies balance out the drama, ordering the new pilot “Mrs. Fletcher,” which will star Kathryn Hahn in the title role. The story follows Eve Fletcher, an empty-nester mom trying to embrace her newfound freedom by adopting a sexy new persona and discovers a world full of unexpected erotic possibilities. Tom Perrotta, who wrote the novel (as well as the novel that inspired HBO’s “The Leftovers”), will also be writing the pilot, directed by Nicole Holofcener (“One Mississippi,” “Orange Is the New Black,” and “Unbreakable Kimmy Schmidt”). This could mean the network jumps back over to “The Leftovers” casting directors Victoria Thomas, Ellen Lewis, and company.

“Gay Kid and Fat Chick”
While fans of Bo Burnham patiently wait to see whether the comedian will again release a special, they can use the other work he is getting to hold them over in the interim. Burnham will be writing the Paramount Pictures and Paramount Players upcoming feature “Gay Kid and Fat Chick,” a comedy about two teenagers who create costumed alter egos to get revenge on the students who have bullied them in school. Bringing Burnham’s script to life will be Amy York Rubin, who has been busy over the past year as a director for several TV shows, including “Casual,” “Fresh Off the Boat,” and more. She hasn’t had the opportunity to do anything feature-length until now, which means she has no go-to casting director and the news about who will fill that position is still up in the air.

“Dead to Me”
Netflix is on track to continue cranking out its original productions, the latest being “Dead to Me,” a dark comedy written by “2 Broke Girls’ ” Liz Feldman and executive produced by Will Ferrell, Adam McKay, and Jessica Elbaum of the female-focused Gloria Sanchez Productions. The series, which follows a powerful friendship that blossoms between a tightly-wound widow and a free spirit with a shocking secret, has been given life by a 10-episode order. Ferrell and McKay also produced Netflix’s surprise hit “American Vandal,” which means “Dead to Me” could possibly Wendy O’Brien return after her work on the former was very well received.

“Unsubscribed”
No one is getting it done quite like Tiffany Haddish in Hollywood right now. In addition to her lengthening list of upcoming movie and TV roles, she recently agreed to a first-look deal with HBO and is already capitalizing on that with her first project in development. It will be a comedy series called “Unsubscribed” that will examine female blackness, beauty, and identity through a behind-the-scenes look at Instagram influencers. The series will be produced and written by Xosha Roquemore and Danielle Henderson, a first on Roquemore’s résumé after being perhaps best known for her standout role as an actor on “The Mindy Project,” and a continuation for Henderson, adding to her previous writing credits on HBO’s “Divorce” and Hulu’s “Difficult People.” Once the project is out of the development phase, casting, and a CD announcement, should be right around the corner.