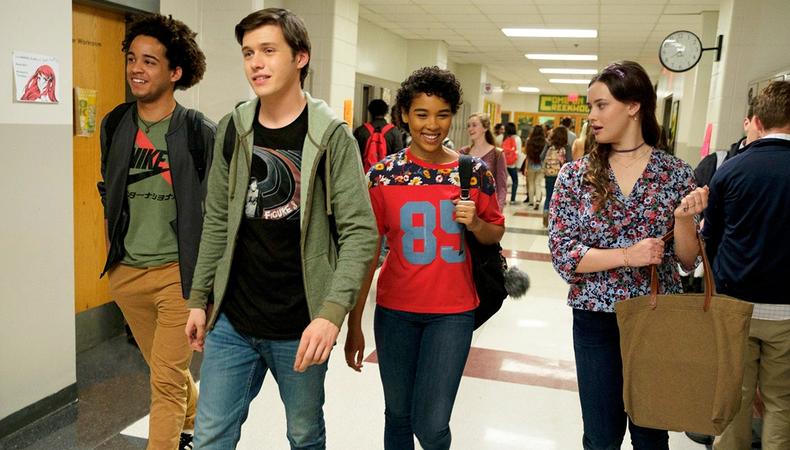 “Love, Simon”
Joining the previously announced Ana Ortiz, “Annabelle Comes Home” actor Michael Cimino has been announced as the star for the lead in Disney+’s “Love, Simon,” a series based on the 2018 movie of the same name. Set in the world of the film, the series will follow Victor (Cimino), a new student at Creekwood High School on his own journey of self-discovery and who reaches out to Simon to help him navigate the ups and downs of life and high school. Nick Robinson, who starred as Simon in the film, will produce and narrate the series. The cast will also include James Martinez, Isabella Ferreira, Mateo Fernandez, Johnny Sequoyah, Bebe Wood, George Sear, Anthony Turpel, and Mason Gooding. The half-hour series is scheduled to begin production this month in Los Angeles.

“The Inheritance”
Straight from its Olivier Award-winning run, “The Inheritance” is crossing the pond and coming to Broadway. The two-part play, written by Matthew Lopez, will transfer to Broadway this season, landing at the Ethel Barrymore Theatre. Returning from the original cast will be Andrew Burnap, John Benjamin Hickey, Paul Hilton, Samuel H. Levine, and Kyle Soller (who won an Olivier for Best Actor in a Play). New cast members will include Jordan Barbour, Jonathan Burke, Darryl Gene Daughtry Jr., Dylan Frederick, Kyle Harris, Carson McCalley, Lois Smith, and Arturo Luis Soria. Previews will begin on Sept. 27 with an opening night on Nov. 17. Jordan Thaler and Heidi Griffiths of the Public Theater, and UK-based Julia Horan are casting.

“Gormenghast”
A year after Fremantle announced they were developing a series based on the “Gormehghast” book series, Showtime has given a script-to-series order to the project. Neil Gaiman, Akiva Goldsman, Dante Di Loreto, Oliver Jones, Barry Spiking, David Stern, and Toby Whithouse will executive produce the series, which Whithouse will run. Based on the works of Mervyn Peake, the series will chronicle the reign of the Groan Dynasty over Gormenghast Castle, the ambitious kitchen boy who hopes to bring it down, and the newest ruler who must defeat him. Whithouse previously created the BBC series “Being Human,” “The Game,” and the Channel 4 series “No Angels.” A writers room for the project will be set soon and casting will follow.

“Betty”
“Betty” is ready for HBO. Based on the film “Skate Kitchen,” the New York City-set project, which was ordered to series by the premium cabler last week, will “follow a diverse group of young women navigating their lives through the predominantly male-oriented world of skateboarding.” Rachelle Vinberg, Nina Moran, Moonbear, Dede Lovelace, and Ajani Russell will star in the series, reprising their roles from the film. Crystal Moselle will also return to direct, write, and executive produce. Gayle Keller is casting.

“Candyman”
Say it five times: “Candyman” is near. Nathan Stewart-Jarrett and Colman Domingo will join the cast of the Jordan Peele horror reboot. Billed as a “spiritual sequel” to the 1992 horror film, “Candyman” will return to the now-gentrified Chicago neighborhood where the legend began. The two actors join Yahya Abdul-Mateen II and Teyonah Parris, who have already been announced as the film’s stars. The project has officially begun principal photography in Chicago. Nia DaCosta will direct from a script by Peele and Rosenfeld. It is scheduled to be released in theaters on June 12, 2020. Keep an eye out for background roles from background casting director Jessica Gisin Needham.

“The Last Adventure of Constance Verity”
Awkwafina has booked another major role. The multihyphenate will star in “The Last Adventure of Constance Verity,” a film adaptation by Legendary. Based on the books by A. Lee Martinez, the story follows the eponymous Constance Verity, who, thrust into battle with the supernatural from the moment she was born, is now exhausted and wants to sample what she has missed out on all her life. Legendary is aiming at franchising potential for the flick; the first novel has a sequel “Constance Verity Saves the World,” and Martinez is working on another follow-up currently. The spec script was written by John Raffo. No further casting news has been announced at this time.