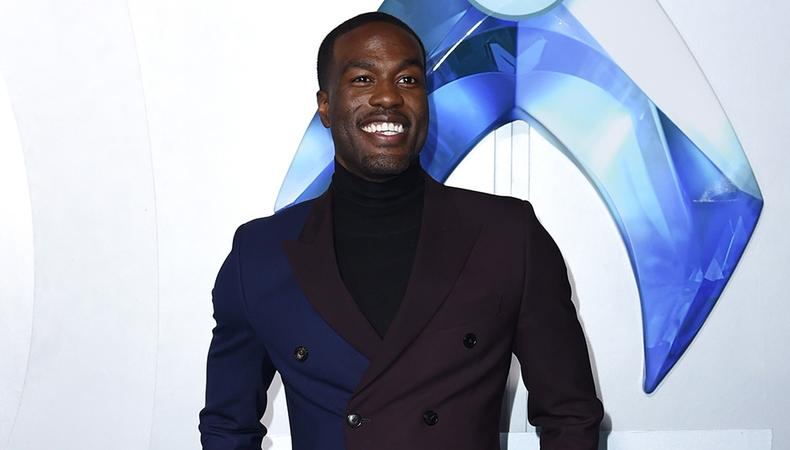 “Candyman”
Yahya Abdul-Mateen II will hit the screen later this month in Jordan Peele’s “Us,” and he and Peele are already talking about their next collaboration. The deal isn’t officially done, but sources report Abdul-Mateen II is currently in negotiations to star in the retelling of the classic horror film “Candyman.” Nia DaCosta will be directing the “spiritual sequel” with Peele producing. The new flick will reportedly take place in the now-gentrified section of Chicago where the Cabrini-Green housing projects once stood. “Candyman” is expected to hit theaters on June 12, 2020, with production scheduled for next spring. There’s no certainty yet on a casting director—some options are Vicky Boone, who was the CD on DaCosta’s “Little Woods,” or Terri Taylor, Peele’s “Get Out” and “Us” CD.

“The Hunt”
Speaking of Peele, the hunt continues for talent to join “The Hunt,” the upcoming Amazon Nazi-hunting series he will executive produce. First reported by Deadline, “How I Met Your Mother” alum Josh Radnor has been cast opposite Al Pacino, Logan Lerman, and Jerrika Hinton in the series, and will play Lonny Flash, a movie star who’s secretly a member of The Hunters. David Weil and Nikki Toscano serve as showrunners, and Alfonso Gomez-Rejon will direct the pilot, which is scheduled to begin filming soon. Tucker/Meyerson casting is adding talent.

“Book of Enchantments”
Disney is planning to visit the dark side in a villain-centric story. According to Variety, the upcoming Disney+ streaming platform will host a series based on iconic villains. Currently titled “Book of Enchantments,” the series will be based on the book series penned by Serena Valentino and will tell the origin stories of some of Disney’s most feared and revered villains, such as Ursula, Maleficent, and The Wicked Queen. Michael Seitzman will write and produce the series under his Maniac Productions banner. The series will join one of many other anticipated series that will be released on Disney+, including several “Star Wars” live-action series and a “High School Musical” series. Casting will come into play once more details are confirmed on the series.

“Mr. Malcolm’s List”
“Mr. Malcolm’s List” has gotten longer. Following the original short, the period romantic comedy from Refinery29, Untitled Entertainment, and Rebelle Media is getting expanded into a full-length feature. Emma Holly Jones will direct the film, making it her feature directorial debut, and the short’s stars Gemma Chan (“Crazy Rich Asians”) and Freida Pinto (“Slumdog Millionaire”) will return to lead the full-length project. “Mr. Malcolm’s List” is set in early 1800s England, where a young lady (Chan) engages in a courtship with Mr. Malcolm, a mysterious and wealthy suitor who has yet to realize the unattainable list of demands his future wife has for him. There’s no CD officially attached to the project, but Jones has worked with Gaby Kester before so she could revisit her for this project.

“The Devil All the Time ”
Netflix is building its cast on an upcoming star-studded flick. Harry Melling, who most recently starred in “The Ballad of Buster Scruggs,” has joined the cast of Antonio Campos’ “The Devil All the Time,” adding to those actors already on board, including Tom Holland, Mia Wasikowska, Robert Pattinson, Bill Skarsgard, Eliza Scanlen, Riley Keough, Jason Clarke, and Sebastian Stan. Antonio and Paul Campos wrote the script for the drama-thriller, which follows a group of characters—including a serial killer couple and other unsavory persons—from the end of World War II to the 1960s in rural southern Ohio and West Virginia. The project has started filming in Alabama. Douglas Aibel is the CD.