Greenlit: Netflix’s ‘One Day at a Time’ Gets New Life at Pop, Paul Rudd Joins ‘Ghostbusters 2020’ + More Projects to Watch 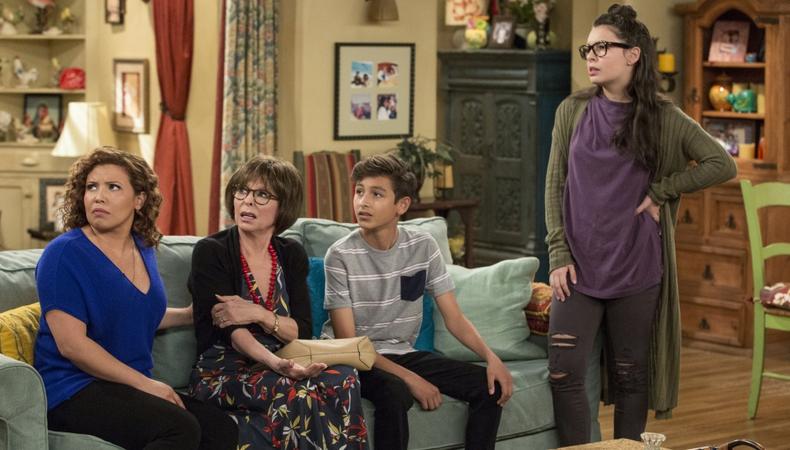 “One Day at a Time”
Another fan-favorite series has been rescued from an untimely cancelation. After months of fans (including Lin-Manuel Miranda) taking to Twitter with the hashtag #SaveODAAT, the canceled Netflix family comedy “One Day at a Time” has been given a new home at Pop, where the network has ordered a 13-episode fourth season to debut next year. The remake of the classic Norman Lear comedy stars Justina Machado, Rita Moreno, Isabella Gomez, Marcel Ruiz, Todd Grinnell, and Stephen Tobolowsky. Its move to Pop will make it the network’s first multi-camera comedy series. Telsey + Company’s LA office has been in charge of the series casting since it began and will likely continue on its new network.

“Ghostbusters 2020”
As it turns out, Paul Rudd is who you’re gonna call. The “Ant-Man” actor will reportedly join the upcoming Jason Reitman-directed “Ghostbusters 2020,” in which he will play a teacher. Reitman, who will follow in his father’s shoes at the helm, also co-wrote the screenplay with Gil Kenan. Carrie Coon, Finn Wolfhard, and Mckenna Grace are also allegedly in talks to join the cast, and Sigourney Weaver is rumored to return as Dana Barrett. Details for the extension film have yet to be released, but production is scheduled to begin later this summer for a summer 2020 release. John Papsidera of Automatic Sweat is the casting director.

“The Prom”
Broadway and film fans came together last week over the announcement of casting for the upcoming Netflix adaptation of “The Prom.” Meryl Streep, Nicole Kidman, James Corden, Keegan-Michael Key, Awkwafina, and Andrew Rannells will play the principal roles in the star-studded adaptation of the Tony-nominated musical. It was also originally announced Ariana Grande would be playing the role of Alyssa Greene, though it has since been reported she is not officially on board. Ryan Murphy is producing the film for the streaming platform, part of his overall deal he signed with Netflix last February which will also soon include an adaptation of “The Boys in the Band,” with Rannells, Matt Bomer, Jim Parsons, and Zachary Quinto reprising their roles. For “The Prom,” Alexa L. Fogel is leading the casting effort and the nationwide search for an actor to play Emma is on.

“Enola Holmes”
The case has been cracked: Henry Cavill will be the next Sherlock Holmes. The Superman actor will don the deerstalker as he takes on the iconic role in the Legendary feature “Enola Holmes,” starring Millie Bobby Brown. It’s based on the Nancy Spring book series “The Enola Holmes Mysteries,” following Sherlock, Mycroft, and their much younger sister, Enola. Helena Bonham Carter is also on board to play the mother, and Mycroft has yet to be cast. Harry Bradbeer, who helms the hit “Killing Eve,” will direct with Jack Thorne (“His Dark Materials,” “Harry Potter and the Cursed Child”) adapting the script. Production is scheduled to start this summer. Jina Jay is casting.

“The Haunting of Bly Manor”
“The Haunting of Hill House” breakout star Victoria Pedretti will headline the second installment of the anthology series, now titled “The Haunting of Bly Manor.” Inspired by Henry James’ psychological gothic horror novella “The Turn of the Screw,” the story and the season will follow two orphans who are looked after by a young governess in an old country mansion. Pedretti will play the governess, Dani. As of now, no other casting has been announced, though expect casting and production to begin soon. Atlanta’s Feldstein | Paris and Engine Casting are the series casting directors.