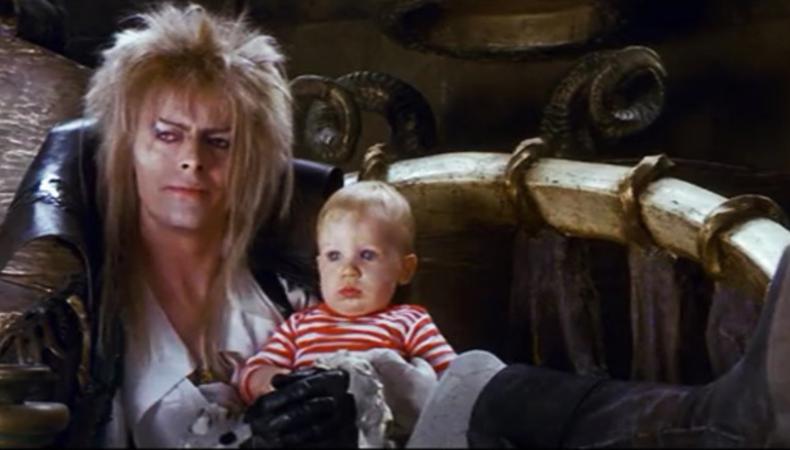 “Labyrinth” Sequel
After passing on directing the sequel to Marvel’s “Doctor Strange,” Scott Derrickson will bring the power of voodoo to another beloved story and has been tapped to direct the upcoming sequel to Jim Henson’s “Labyrinth.” Maggie Levin (“Into the Dark, “My Valentine”) will write the script to the project, which will be produced by Lisa and Brian Henson. No plot details or casting has been announced for the cult classic sequel, but it is possible some original stars could return. Derrickson has worked with a wide range of casting directors in the past, so be sure to keep an eye on this project to see who is eventually leading his casting team.

“American Horror Stories”
As we previously reported, Ryan Murphy was looking to expand his “American Horror Story” franchise with a spinoff series entitled “American Horror Stories.” Now, that series is official: FX has confirmed it has greenlit the anthology series, which will be presented as an anthology similar to “Black Mirror” or “The Twilight Zone” with standalone episodes each week. The go-ahead is one of several series orders last week at the network, including the half-hour limited series “A Teacher,” the drama series “The Old Man,” and more. No casting for “American Horror Story” has been announced at this time, but look to the casting team of Ulrich/Dawson/Kritzer or Bright/Daniels to bring new faces and regular Murphy collaborators alike into the fold.

“Nine Perfect Strangers”
Following his breakout role on NBC’s “The Good Place,” Manny Jacinto has landed another series leading role. Jacinto will star opposite Nicole Kidman and Melissa McCarthy in Hulu’s upcoming limited series “Nine Perfect Strangers,” based on “Big Little Lies” author Liane Moriarty’s latest book. Co-written by David E. Kelley, John-Henry Butterworth, and Samantha Strauss and co-showrun by Kelley and Butterworth, the series takes place at a boutique health resort that promises healing and transformation for nine stressed city dwellers, all watched by the resort director, Masha (Kidman). The series is still filling out its starring cast of nine, so be sure to keep a watchful eye on casting director David Rubin.

“Step Up”
“Step Up” will soon be making moves at a new home. Following its cancellation at YouTube, the dance drama series inspired by the film franchise of the same name is heading to Starz with a 10-episode new Season 3 order. The new season will feature popular characters from the previous seasons while also expanding its scope. Tricia Helfer will join the series alongside current stars Ne-Yo and Naya Rivera, as well as series regulars including Petrice Jones, Faizon Love, Marcus Mitchell, Jade Chynoweth, Carlito Olivero, Terrence Green, Eric Graise, and Kendra Oyesanya. Tamara-Lee Notcutt was the CD for the show at YouTube.

“Fiddler on the Roof”
Joining the trend of upcoming movie musicals like “The Prom” and “In the Heights,” a classic musical is getting a movie remake. MGM will produce a new feature film adaptation of “Fiddler on the Roof,” directed by Thomas Kail (“Hamilton,” (“In the Heights”) and written by Steven Levenson (“Fosse/Verdon”). No casting has been announced, but fans are already starting to put together their dream casts (including Mandy Patinkin, Ben Platt, and more). When casting does start up, Telsey + Company is the likely choice for the project’s casting team—find out what you need to know about auditioning for the award-winning team here!

“Upgrade”
“Upgrade” is getting an upgrade! The 2018 Leigh Whannell sci-fi movie is reportedly getting a TV series follow-up with Tim Walsh serving as showrunner and Whannell set to direct. Blumhouse, which produced the original movie, will produce through their television arm with UCP and have already opened up its writers’ room. The series will pick up a few years after the events of the film and broadens the universe with an evolved version of STEM and a new host. No casting has been announced quite yet. The film’s casting team was Nikki Barrett and Terri Taylor, but there’s been no word whether they will be returning for the series or not.