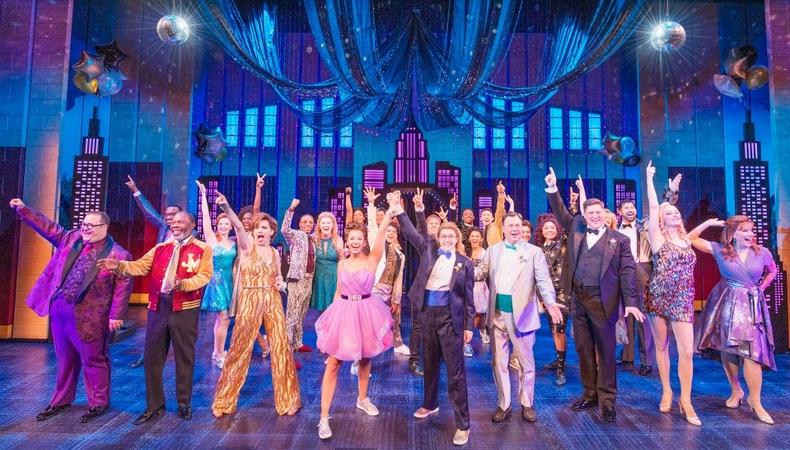 “The Prom”
Ryan Murphy has finished building his Netflix adaptation of “The Prom.” After a nationwide search, “The Deuce” actor Jo Ellen Pellman will star in the lead role of the stage-to-screen adaptation. Logan Riley Hassel, Sofia Deler, Nico Greetham, and Nathaniel J. Potvin have also been added to the supporting cast of the film, joining Meryl Streep, James Corden, Nicole Kidman, Kerry Washington, Keegan-Michael Key, Andrew Rannells, and Ariana DeBose. Bob Martin and Chad Beguelin adapted the screenplay from their own book. “The Prom” is slated to begin shooting next month for a fall 2020 release. Bright/Daniels and Ulrich/Dawson/Kritzer have worked extensively with Murphy, as well as Telsey + Company, who also cast the Broadway show so he could return to any of those teams in filling out the remainder of the cast.

“Invisible Woman”
Fresh off her recent adaptation of “Charlie’s Angels,” Elizabeth Banks has lined up her next big directorial gig. The multihyphenate will direct and star in “Invisible Woman,” based on her own pitch and written by “The Girl on the Train” screenwriter Erin Cressida Wilson. The film will be based on Universal Pictures’ classic monster, The Invisible Man, the second in production (the other is by Blumhouse and Leigh Wannell and stars Elisabeth Moss). According to Deadline and based on the title change, Banks will be the one who turns invisible in this adaptation. Banks and Max Handelman will produce through their Brownstone Productions, as they did with “Charlie’s Angels” and the “Pitch Perfect” series. Banks hasn’t worked with one casting director on her directing projects, so she could return to one of her teams or find someone new.

“The Proud Family”
It’s been nearly 15 years since “The Proud Family” was last on our screens, but thanks to Disney+, the animated series is planning a big reunion. During a “GMA3” episode last week, Jo Marie Payton and Kiki Palmer confirmed there will be new episodes coming out in February on the new streaming platform. The series featured the voices of Kyla Pratt, Paula Jai Parker, Alisa Reyes, Karen Malina White, Orlando Brown, Soleil Moon Frye, and Tara Strong. Bruce W. Smith and Doreen Spicer are the series creators, and Tina Treadwell was the executive in charge of casting.