Greg Berlanti Talks Perfecting Your Craft as a Teen Actor 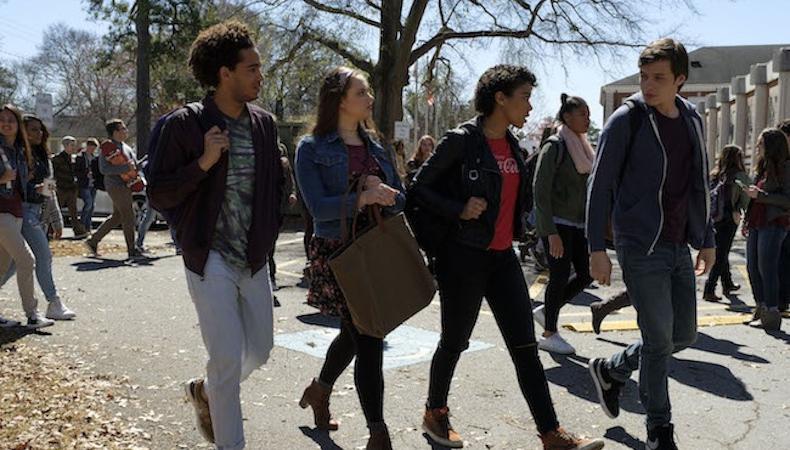 The cultural milestone of LGBTQ teen romance “Love, Simon” was not lost on its director, Greg Berlanti. Featuring an ensemble cast led by our titular hero, Simon (Nick Robinson), who’s a closeted teen falling for a mystery-man classmate online, the film marks the first major studio release of its kind.

“I would go through my brain every night and wonder if there had been one [like it],” says the megaproducer behind CW hits like “Riverdale” and Netflix’s upcoming “Sabrina” reboot. “We were aware of it in the sense of putting something there that hadn’t been there before.”

The YA comedy based on Becky Albertalli’s novel “Simon vs. the Homo Sapiens Agenda” is the type of movie featuring queer heroes Berlanti wishes had existed when he was growing up. While he feels the weight of bringing a movie like this to mainstream audiences for the first time, he’s also optimistic: A test screening held in Los Angeles went as well as one did in rural Kansas.

“The [Kansas] audience ended up being just as responsive; in fact, it tested a point better,” recalls Berlanti. “It’s easy to forget, and then also wonderful to remember, that audiences are all the same. People who go to these movies want to feel, laugh, cry—and if you succeed in those ways creatively, it doesn’t matter where the audience lives.”

To cast the role of Simon, Berlanti tapped Robinson based on his work in “Jurassic World” and “Everything, Everything,” another teen romance. While 10 years ago the conversation may have gone differently, Berlanti says Robinson was hardly concerned about playing gay; instead, it was simply the fact he’d be playing leading man. “Most of our conversations were about tone and the burden of being front and center of a film this size,” Berlanti says. “It was me asking him to take this leap, and he did. It was really apparent he was supposed to play the part…. The best decisions are self-evident, and if an actor is right for a part, suddenly 55 people who couldn’t agree on anything agree. Everybody knows it when they see it.”

The next step was filling out the rest of the “homo sapiens” of Simon’s world, which came with hours of chemistry reads with Robinson. “He was open to doing as many reads as I had to do, and even after we cast everyone, we did two weeks of rehearsal before we started shooting,” Berlanti recalls. Coming from a theater background, the multihyphenate creator relies on rehearsals to get it right. “It’s everything for me. I feel like you learn so much stuff you can’t really learn on the day.”

Rehearsing “Love, Simon” before shooting allowed Berlanti the freedom as a director to discover things and bring a whole new level of bonding he wouldn’t have been able to obtain otherwise. “The cast was connecting in a way that made them all feel like they actually went to high school together,” he says. “It was a very natural process.”

It helps, too, that Berlanti is used to working with teen and young adult actors across many of his projects, including the CW’s plethora of DC Universe programs. He emphasizes the importance of preparation and gratitude.

“It sounds so simple, but the more grateful and prepared you are, the more people will want to work with you and the more you’ll elevate things,” he says. Making sure to always be working is also important. “There’s always stuff they can be doing to perfect their craft,” he adds.

The most important advice of all, however, is for young actors to be themselves. Berlanti remembers Robinson, for instance, coming in to audition for Simon ready to showcase the best version of himself he could be. “They shouldn’t try to be something they think the director or showrunner wants them to be,” he says. “The thing that’s unique about them is them.”