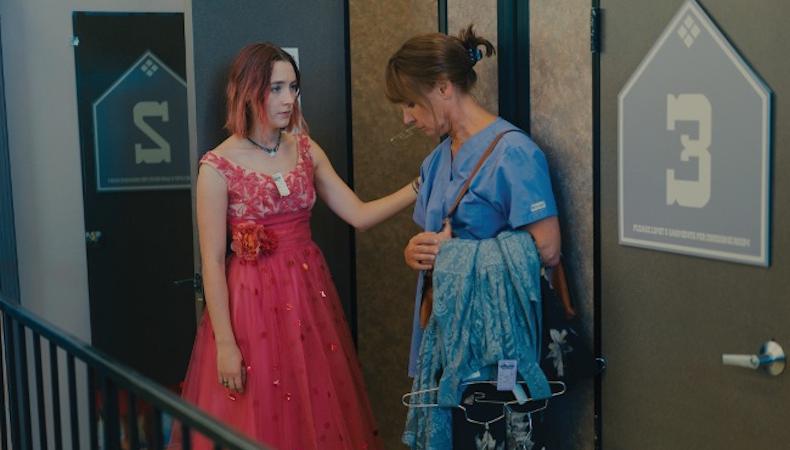 Greta Gerwig worked on just about every aspect of the filmmaking process, from screenwriting to holding a boom mic, before she sat in the director’s chair. “Writing and producing and acting, anything really that needed to be done, I did,” Gerwig tells Backstage—which doubles as her advice for aspiring filmmakers.

But it was acting that most prepared her for directing. Starring in a variety of modern indie classics as a muse for Noah Baumbach (“Frances Ha” and “Mistress America,” which she co-wrote), Rebecca Miller (“Maggie’s Plan”), and Mike Mills (“20th Century Women”), she says, “is the biggest part of what went into me being a director. At the end of the day, I feel like you need to know what you’re asking of people and how difficult acting is.”

In fact, it baffles Gerwig that some Hollywood visionaries don’t collaborate intimately with their stars. “Oddly, you can become a film director without ever talking to actors!” she exclaims. Unlike in theater, a medium that requires endless communication, film actors too often “show up with their performance ready-made and you spend your time thinking about the lighting and the big dolly shot or something,” she says. “I think filmmaking should always serve the performances; I don’t think the performances should serve the filmmaking. That’s my philosophy of making films. To me, it starts with the words and the actors, and [directors] find the most cinematic way to capture that.”

That philosophy is apparent in “Lady Bird,” Gerwig’s directorial debut with distribution by A24 that took this year’s film festival circuit by storm. It’s a tour de force of specific filmmaking and emotionally honest acting, especially from Saoirse Ronan and Laurie Metcalf, who star as a rebellious high school senior and her implacable mother in 2002 Sacramento, California. Gerwig’s script, which borrowed details from her own upbringing, includes moments of fast-paced hilarity and pathos that only a top-notch cast could deliver.

“I was so lucky to have in Scott Rudin a producer who was incredibly supportive of me going after the best actors I’ve ever seen,” says Gerwig, whose supporting cast is populated by such veterans as Tracy Letts, Stephen Henderson, and Lois Smith. “I’ve been watching them on television and film, but mostly onstage, for years. It felt like I was working with giants—people who to me have defined American theater.”

Gerwig worked one-on-one with each actor and rehearsed on location. “It felt closer to theater than anything,” she says. “I’d read the other parts and we’d talk about it and read it again and talk about it.” When it came to costuming, although the final decisions were hers, she encouraged actors to build wardrobes that added to their storytelling. (As for the titular character’s iconic pink cast and dyed hair, Gerwig wanted something that flouted a Catholic school dress code: “You’re not allowed to dye your hair—they call it ‘unnatural colors.’ But red is just on the edge of natural, the loudest thing you could do without actually breaking the rules.”)

When asked how she crafts dialogue that, as she puts it, “is interesting and natural and still moves a story along in a way that feels invisible, like a basket being woven under you,” Gerwig laughs. “My writing routine? I guess it’s despair for two hours and then get 30 minutes of writing in. You’re always confronted with your own inadequacies, because it’s not good until it’s good. And once it’s good, it’s done. So you have about 15 minutes of enjoyment before you have another blank page.... It’s a kind of torture, but a beautiful one.”

There’s a healthy fear of failure, too—for her as for any artist. “If you have reverence for the art form, your fear of failure could come from not wanting to muck up something you love,” Gerwig says. “But I think there’s a time when the fear of not ever having tried is bigger than the fear of failure. And that’s when you get to work, because you realize you have fears on both sides—which one would you rather live with?”

It’s also important to remember, she advises, that artists are always guaranteed to fail at some point. “You’ll make a bad movie or give a bad performance or write a bad song or make a bad painting. Because if you’re doing it, you’ll get some bad ones. That’s just the price of admission!”

Jack Smart
Jack Smart is the awards editor at Backstage, where he covers all things Emmy, SAG, Oscar, and Tony Awards. He also produces and hosts Backstage’s awards podcast “In the Envelope” and has interviewed some of the biggest stars of stage and screen.
END_OF_DOCUMENT_TOKEN_TO_BE_REPLACED