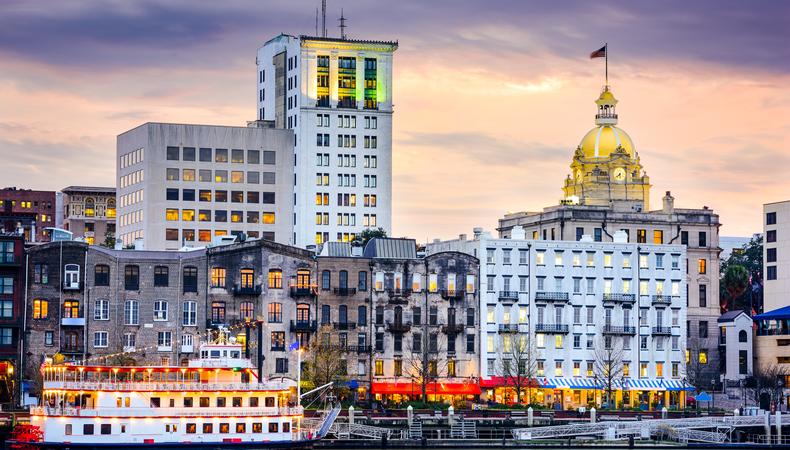 The historic port city of Savannah in Chatham County, Ga. wants the film and TV production market to not only come, but to stay. The Savannah Economic Development Authority, commonly known as SEDA, has created an incentive program unlike any other in the country; its sole purpose is to build a stable and sustainable entertainment production industry in Chatham County.

SEDA has been around since the 1920s and is not funded by taxpayer dollars. Through special constitutional provisions at its inception it was granted the right to issue bonds to businesses as part of a tax abatement plan to create sustainable, long-term, job-creating businesses in Chatham County. In 2011 they hired SRI International to conduct local research, seeking to diversify an already diverse economy that consists of the fourth largest and fastest-growing port in the nation, a tourism industry that attracts over 13 million visitors per year, a military, government, manufacturing, and academic sector, and the regional hub for health care.

One of the areas needing attention was the film, TV, and commercial production industries. Having had success over the last few decades with several high-profile movies (“Midnight in the Garden of Good and Evil,” “Now and Then,” and “Forrest Gump,” to name just a few) and boasting locations that cover everything from urban areas to swamp lands, the question became clear, according to Angela Hendrix, SEDA’s director of marketing and public relations. “How might we create an industry that was at capacity for the area and sustainable in order to have a full calendar of production business all year long?”

Trusted industry insider Stratton Leopold, a Hollywood producer and Savannah native, led a committee that included local industry professionals to identify the area’s strengths and barriers to building a sustainable industry in the region. One recommendation that came out of those committee meetings was to “hire a representative based in Los Angeles who had an established network of contacts and who could really market and sell the idea of Savannah as a location,” said Hendrix.

A year ago they hired Emmy-winning producer Ralph Singleton to do just that. “Ralph began talking to the unions about Savannah’s desire to be a sustainable location,” continued Hendrix. “He talked with local industry professionals and with fellow producers who had recently been in the area to find out what was working and what wasn’t. Out of those hundreds of conversations, he developed the framework for the new incentive program.”

Singleton studied some of the big-budget productions that had filmed in the area recently and quickly saw the focus point of the incentive program that would soon be created. Productions were incurring high costs of crew talent because they had to bring so many in from out of town. The goal became “to figure out a package that could make up that difference until it no longer had to make it up; to where there was enough consistent business in the area to support an established crew base,” said Hendrix.

SEDA has committed 1.5 million dollars per year to this annually reviewed incentive program for a total of three years. The program’s budget includes rebates to film and TV productions, but there is also a moving expenses reimbursement program for film crew members (the key to the established crew base), the requirements for which are a minimum of seven years with verifiable technical experience and a one-year minimum lease or purchased property in Chatham County. Hendrix added, “We’re looking to bring crew here who ‘attract’ the industry.”