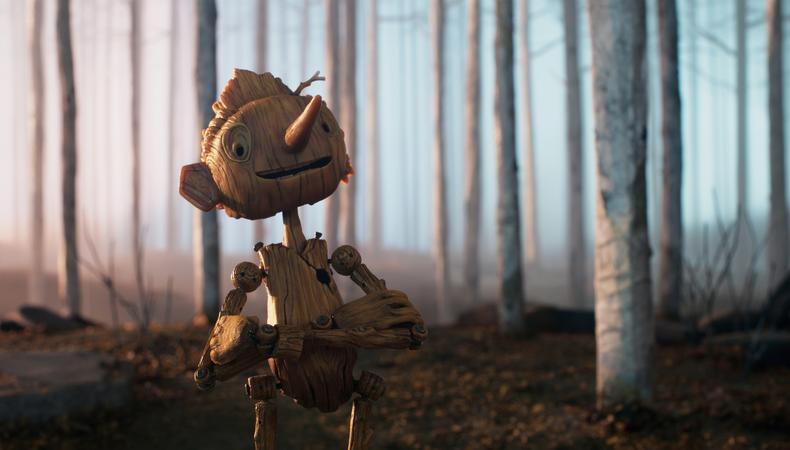 Guy Davis and Emmy winner Curt Enderle are the co-production designers of Netflix’s Golden Globe–nominated stop-motion adaptation of “Pinocchio,” directed by Guillermo del Toro and Mark Gustafson. Here, Davis and Enderle offer insights into the worlds of art direction and character design and discuss their experience collaborating on the project.

What is the role of a production designer in a stop-motion animated feature?

Curt Enderle: It’s not unlike live action; you’re still concerned about the visual look and supporting the story. The interesting added wrinkle in stop motion is that you don’t have a given cast—we design the cast. We are creating the world. You don’t go to a location; you make the location and decide what it needs to be. While some production design is showy, ours is sensitive and supportive—not trying to draw attention to itself, but to focus on the story and the characters.

Guy Davis: We had to design a language for cups, glasses, and trees that felt like they belonged in the setting [so] that characters could interact with [them, and the objects] wouldn’t stand out. Even the sky and water had to feel part of the same world. [We were] referencing certain classical paintings for the tone and textures of the town. Curt is amazing at finding references to ground [the film] in the time period and keep it from feeling too whimsical. 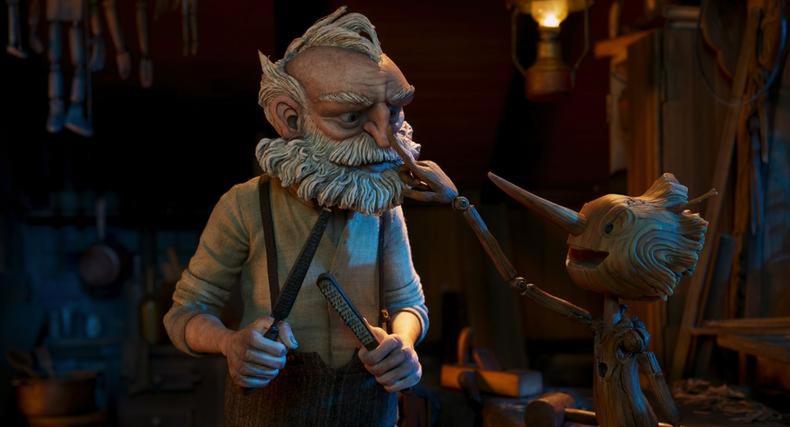 What kind of input did del Toro give you, and how did it shape the tone and look of the film?

CE: It’s definitely his vision, and that’s why it’s his name above the title. This is unlike any other production of “Pinocchio.” It’s uniquely his, [and that’s] evident from the first shot. Early on, when he visited us in Portland for guidance, he grabbed the Pantone [color-matching] guidebook and took a section in the middle and said, “These colors, we’re going to use sparingly.” Everything from red-orange all the way to purple—those colors are going to be reserved for very special times. Blue was the color of hope in the film. He’s giving you guidelines so that there’s a warmth to the world. Guillermo said, “It’s not a perfect world; it’s perfectly imperfect.” We used that to inform how the trees are standing in the forest and the buildings are leaning up against each other in the town. It became a touchstone to unify our look. He would let us know when things were not where he wanted them. That’s what you want out of a director.

GD: He’s an artist himself, so it’s easy for him to quickly sketch what he’s seeing if we’re going in the wrong direction, to visually describe it. He’s not a director who knows it when he sees it; he’s already seen it, and he’s now expressing it to us, and we’re making it come to life for him.

What goes on in a typical day of production?

CE: A typical day might be meeting with the set designer, someone working on a maquette, talking to Rob [DeSue, art director] for specific references like the room in the ship...It’s a big three-dimensional chess game of what we need when, so that everybody is busy to get that two minutes done for the week that will eventually get you a two-hour film. It’s a slow-motion, constant, extended juggle.

GD: Coming from live action, it’s fascinating that they have 60 units all filming at the same time. It’s like filming every scene at the same time for a live-action film, and it still becomes cohesive. 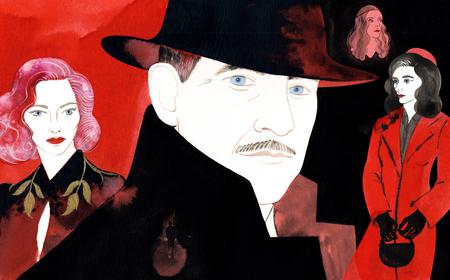 Which sequence posed the greatest challenge for you?

CE: You can’t shoot with water, so anything that was done that way would need “look development” with textures and patterns. The Death puppet was physically large, probably 18 inches from tail to horns. A puppet of that size can’t support its own weight; it’s on a rig, and those arms that support and help the animator move it have to be removed digitally. It’s coming up with the best solution to get the frames done to the best quality. Each sequence has its own unique challenge, whether it’s access or rigging.

What aspects of the process are the most rewarding for you?

CE: It’s magical when you finally see the sets and the characters moving, [and you’re] thinking, It’s a lump of silicone making me cry. You’re literally bringing life to these things. If we didn’t have a fabulous voice cast, there wouldn’t be anything to work with.

Do you have any advice for aspiring production designers and stop-motion animators?

GD: Learn as much variety as you can, and problem-solve across live action and animation. Also, learn different abilities: concept, set design, costuming—things that give you insight into different processes.

CE: Come [with] different backgrounds—I think [theater] informs how I work—have a good knowledge of history, and be open to visual inspiration wherever it comes from. All those things lend themselves to eventually working in stop motion. It’s this accumulated knowledge that makes you a well-rounded visual person and a problem solver.

This story originally appeared in the Dec. 29 issue of Backstage Magazine.