H. Jon Benjamin Thinks You Should Stop Trying So Hard 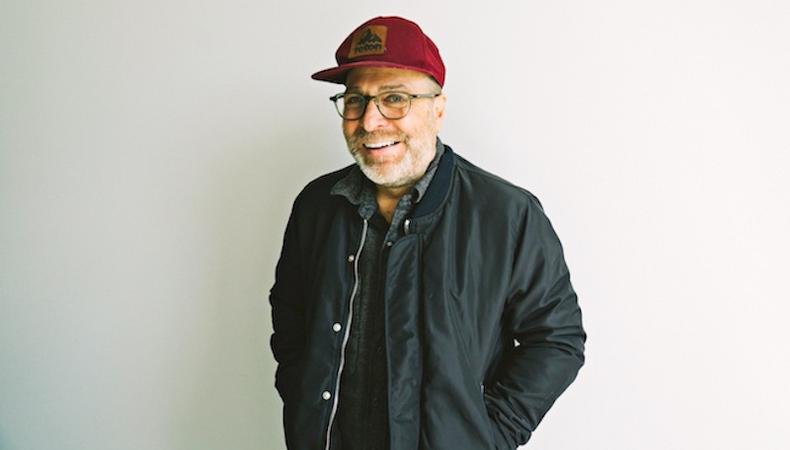 As the voice behind Sterling Archer on “Archer” and Bob Belcher on “Bob’s Burgers,” H. Jon Benjamin has slowly become one the most prominent voice actors working today. (But he assures that still only amounts to a few hours of work per week.) He recently joined Backstage for a Thursday afternoon interview to discuss “Archer” Season 9, titled “Danger Island,” and his new memoir, “Failure Is an Option,” which hit stands May 1. “To be clear,” he deadpanned, “it’s not a helpful book—at all.”

“Danger Island” switches “Archer” up—again.
“They’ve been doing these sort of reboots or whole-season arcs for the last [few] seasons now. It started in the fifth season when they became drug dealers for the CIA, and then in Season 7, Archer—it’s very complicated, there’s a lot of plot twists—[but] Archer went into a coma. So the last two seasons ostensibly have been inside Archer’s coma dream. So this season opens in the late ’30s on a South Pacific island. It shifted a bunch of characters this year, so Archer is a seaplane pilot for a hotel run by his mom.”

READ: Why ‘Archer’ Is a Voice Actor’s Dream Job (and How to Get Cast!)

Benjamin’s “Archer” workday is enviable.
“The real ‘Archer’ offices are in Atlanta, where they make the show and animate [it]. But I live in New York, so I go to a recording studio by myself and it usually takes a couple hours in the recording studio, sometimes less. [Executive producer Matt Thompson and others] are all on the phone over headphones, so they’ll direct and then they usually read with me. So, yeah, it’s a pretty short day. Sorry, I feel bad! I’m in and out in two hours and then I have the rest of the day for myself.”

His survival jobs? Not so enviable.
“Even the first couple seasons of ‘Dr. Katz,’ it was sparse money, so I think I had a job until the second season, until I moved to New York. I worked in restaurants and I worked in the Cambridge Public Library. I was a book stacker and a masturbation-stopper. That was a rough gig.”

READ: What It’s Like Being a Voice Actor on ‘Bob’s Burgers’

Getting his start in improv and sketch comedy, voice acting wasn’t always in the cards.
“I’m still shocked that I do this. I was doing comedy in Boston, and then I got hired in this show ‘Dr. Katz,’ which was this little small animated show on Comedy Central, and that ended up sort of being a really fruitful…. At the time, it was conceivable that [voice acting] could be a profession, but that was years of kind of not paying attention to that idea. I think there were certain people who were among that group of comedians and actors that I was hanging out with at that time that had their eye toward that. I didn’t—so I was sort of learning through them [what] this could be. My foray into comedy was to avoid getting a job. I just thought if I can continue doing this, and I’ll forage for food and figure it out.”

It’s important to be committed to the work, not the end result.
“I guess for me, I was a little more of a foreigner in other people’s worlds, and I learned very quickly. Like, I wasn’t classically trained as an actor, I wasn’t pursuing standup comedy, I really came into it through the back door. And there was a benefit to that, I think, because I wasn’t pressing, I wasn’t pushing. And I certainly had the willingness to take the time. So if I learned anything, it was probably, like, because I wasn’t too concerned about the payoff or the goal of succeeding, I kind of had this natural patience. I wasn’t resistant to success, I just didn’t care. And that had its pitfalls—you know, once I started realizing that this was a serious endeavor, I had to backtrack and learn how to get serious about it. But it’s a very unique way to do it, and it’s probably not familiar with anybody that reads Backstage. So for that, I apologize.”

Benjamin Lindsay
Benjamin Lindsay is managing editor at Backstage, where if you’re reading it in our magazine, he’s written or edited it first. He’s also producer and host of a number of our digital interview series, including our inaugural on-camera segment, Backstage Live.
END_OF_DOCUMENT_TOKEN_TO_BE_REPLACED