The 11 Halloween Episodes You Can (+ Should) Watch Right Now 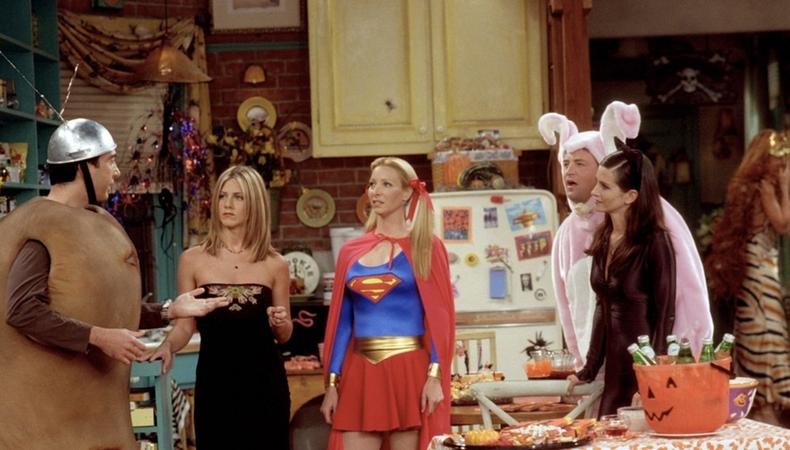 Halloween entertainment has basically become its own genre, and with new installments every year it can be hard to keep up. Further, tons of the focus lands on hair-raising films—but it’s the Halloween-themed television episodes that are frequently some series’ best, which is why we’ve rounded up the best of the best right here. Grab some candy corn and get to watching!

“The Simpsons” Season 6, Episode 6, “Treehouse of Horror V” (1994)
The sixth-ever installment of the legendary “Simpsons” “Treehouse of Horror” episodes quickly rises to the top as one of the most memorably chilling. Featuring parodies of “The Shining” and the short story “A Sound of Thunder,” it mines trademark lunacy from Bart’s acting like Jack Torrance—expect in this iteration he’s trying to kill his family in order to get TV and beer. Sounds about right. 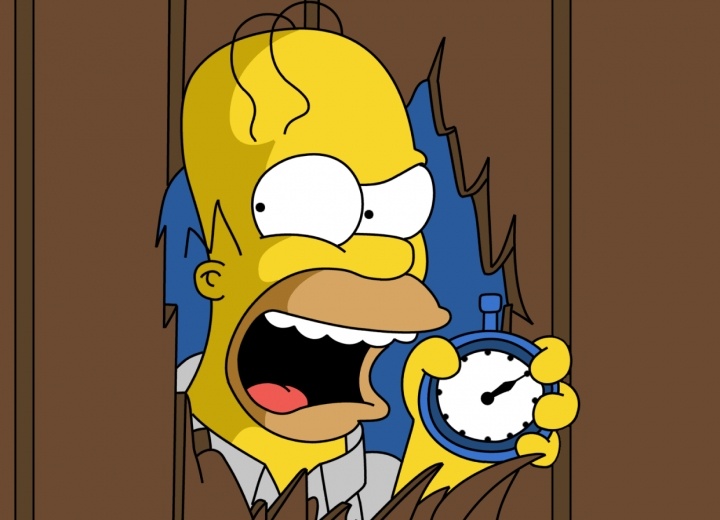 “Boy Meets World,” Season 5, Episode 17, “And Then There Was Shawn” (1998)
This episode features everything a Halloween installment should: a mysterious killer, self-actualization—and a Jennifer Love Hewitt cameo. Also, it’s set within the halls of our favorite characters’ actual high school; nothing spookier than that. 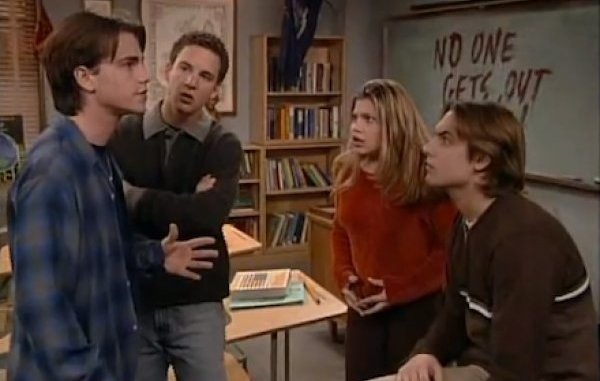 “Buffy the Vampire Slayer,” Season 4, Episode 4, “Fear, Itself” (1999)
When the Scooby gang attends a party at a frat house only to discover a demonic symbol painted on the floor is bringing the Halloween decorations to life, chaos—and trademarked Joss Whedon absurdity—ensue. (Also, is there anything in general scarier than a frat party?)

Where to watch: Hulu (with subscription) 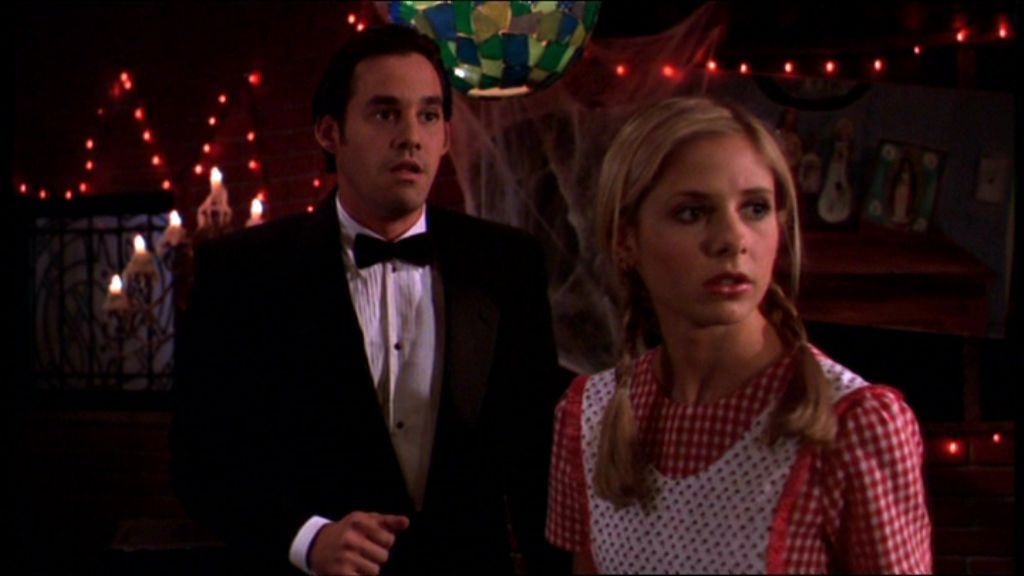 “Friends,” Season 8, Episode 6, “The One With The Halloween Party” (2001)
In an episode that does what “Friends” does best, there’s a lot going on here, but it ultimately all comes together like a perfectly eclectic bag of Halloween candy. However, it’s inarguable: Ross and Chandler—dressed as a potato and a pink bunny rabbit, respectively—arm wrestling became iconic the moment it aired. 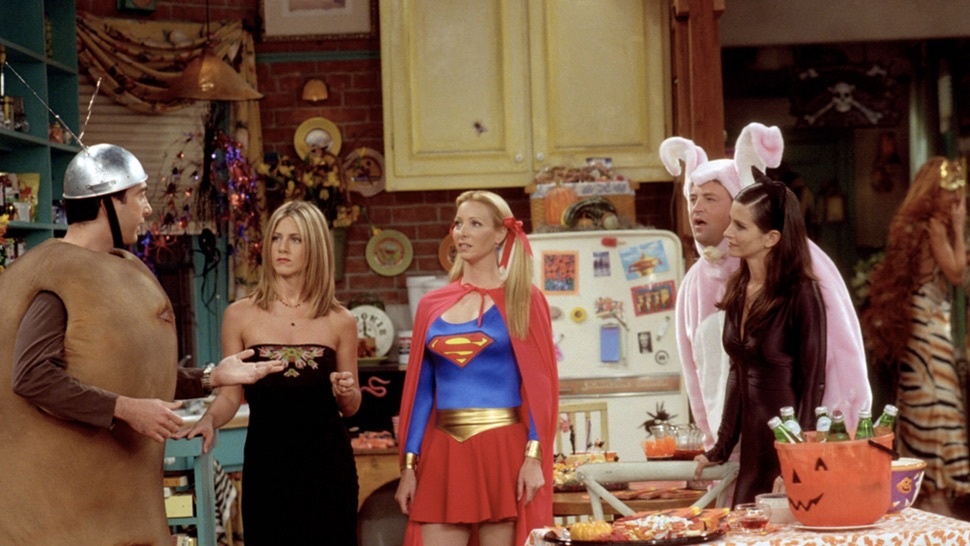 “The Office,” Season 2, Episode 5, “Halloween” (2005)
“The Office” has a multitude of hilarious Halloween episodes, but its first may also double as its funniest. That is in part because, like many of the best “Office” installments, the entire ensemble of idiots gets to shine. Special shoutouts to Dwight dressed as a Sith Lord and Jim as “three hole punch Jim” which are perfect punchlines in themselves. 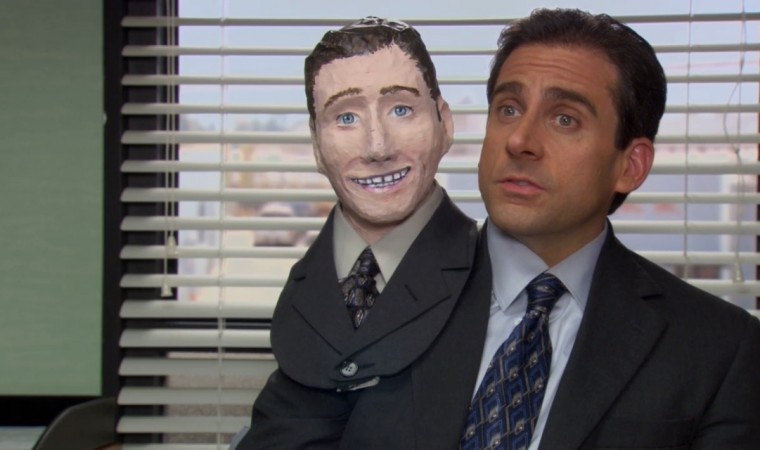 “Modern Family,” Season 2, Episode 6, “Halloween” (2010)
When the haunted house is a bust as a result of everyone’s problems and arguments throughout the day, “Modern Family” pulls a classic “Modern Family”—with a spooky twist: Putting aside their issues, the gang steps up for one another. The best costume of the episode, obviously, goes to Haley dressed as Mother Teresa “back when she was hot.” 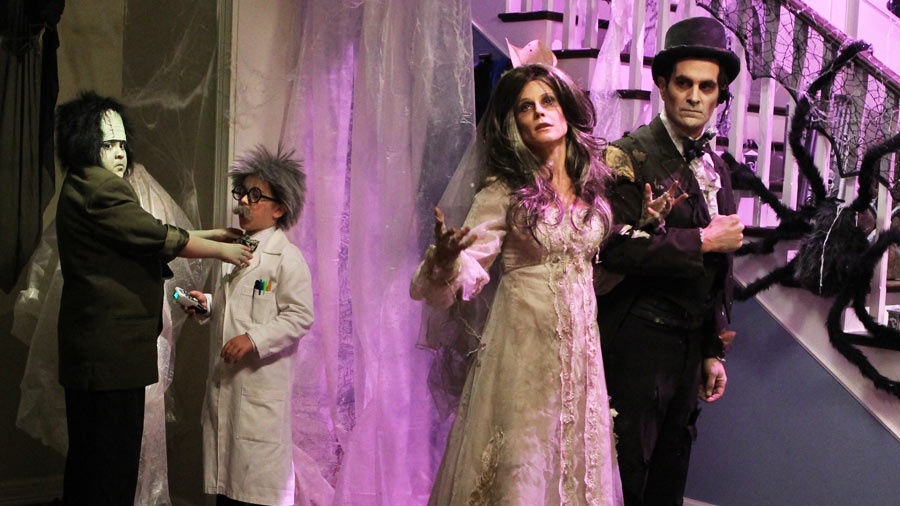 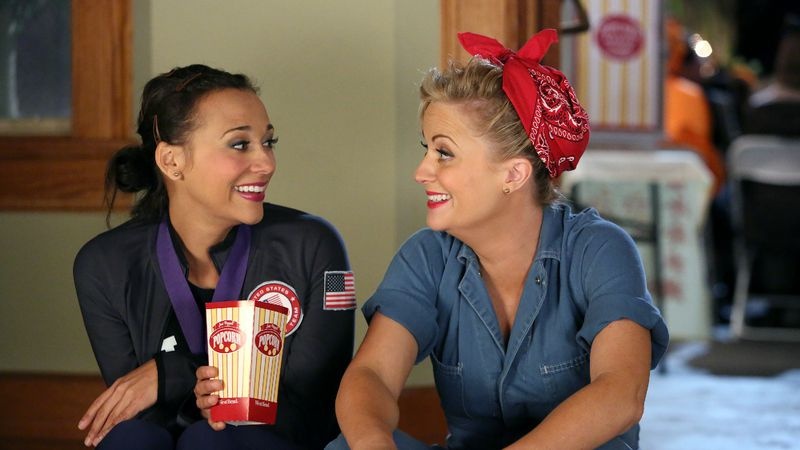 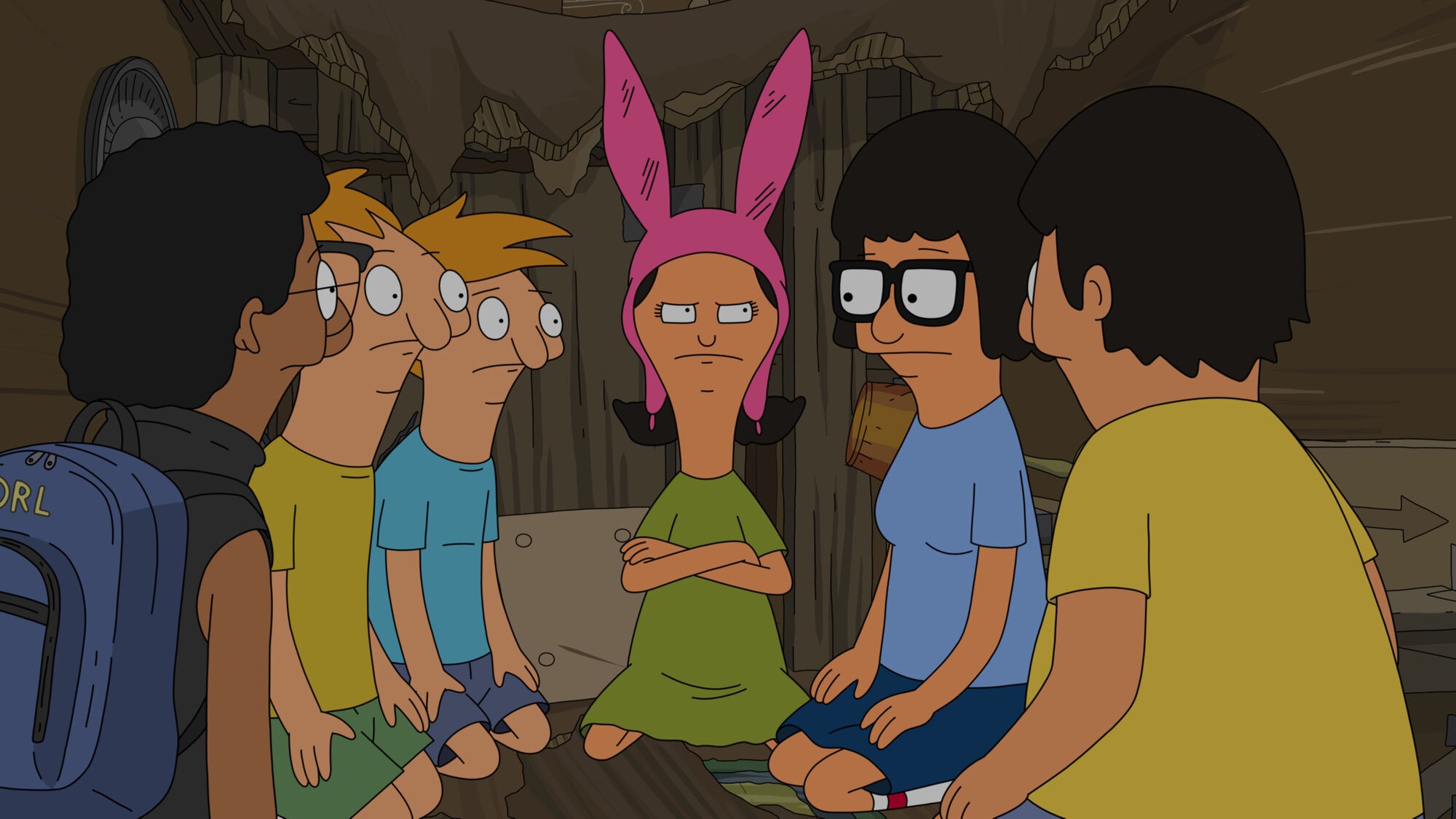 “Brooklyn Nine-Nine,” Season 1, Episode 6, “Halloween” (2013)
Like “The Simpsons,” “Brooklyn Nine-Nine” is known for its annual Halloween episodes. And its very first, in which Jake makes a bet with Captain Holt that he can’t steal his Medal of Valor from his office by midnight, set the bar high. (Thankfully, that bar was met in subsequent seasons, but you never forget your first!)

Where to watch: Hulu (with subscription) 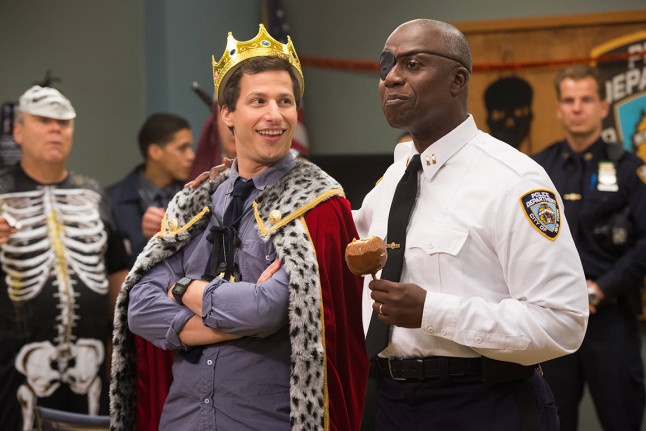 “Stranger Things,” Season 2, Episode 2, “Trick or Treat, Freak” (2017)
“Stranger Things” is in and of itself a Halloween series, but that doesn’t mean it can’t go the extra mile and get in on the explicit Halloween action. And in its second season, it did so with aplomb, paying homage to the Ghostbusters as well as giving viewers a healthy dose of the always-spooky Upside Down. 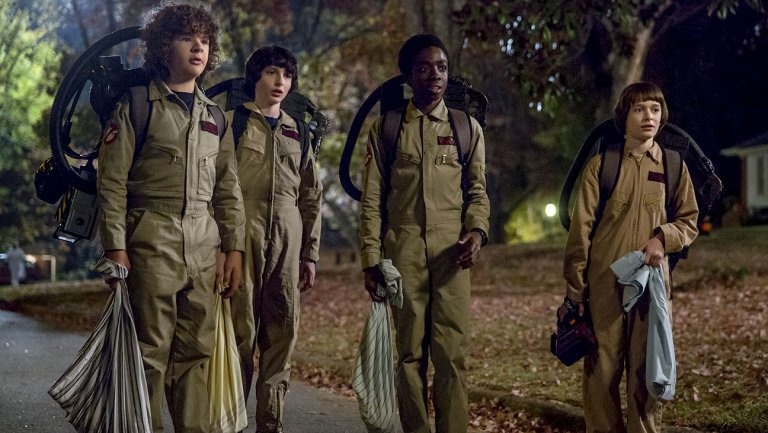 “Bojack Horseman,” Season 5, Episode 8, “Mr. Peanut Butter’s Boos” (2018)
What makes this episode so stellar is not just the fact it time-jumps; it’s that it recent time jumps, back to fresh-yet-distant eras like 2004. And in true “Bojack” fashion, it provides perfectly specific cultural allusions (a callout to “The X-Files” is particular perfection). 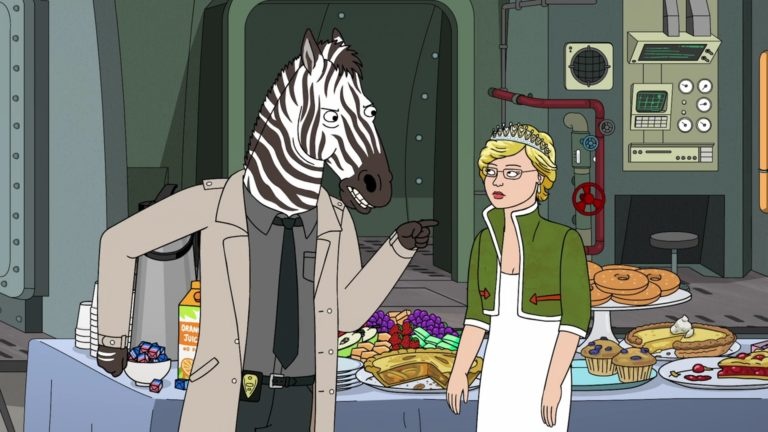