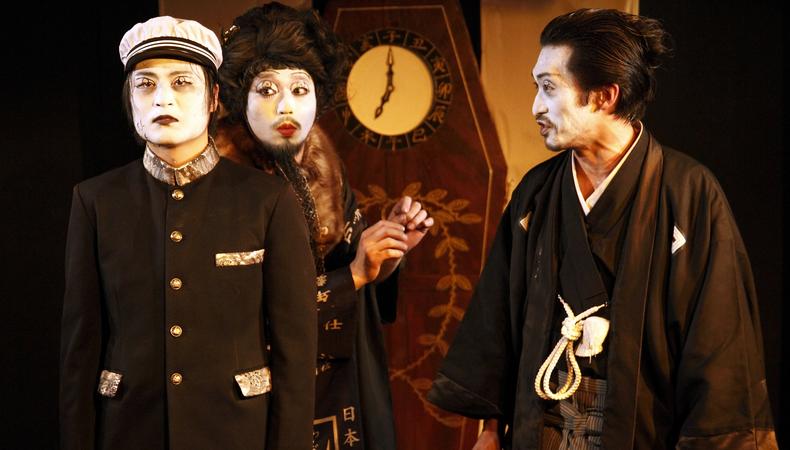 What is “Hanafuda Denki”? The title alone, referring to a traditional Japanese card game, makes one worry that this import fromTokyo’s Ryuzanji Company will get lost in translation. But despite some puzzling references and a heavy reliance on supertitles, the ebullient spirit of the cast carries viewers away on a fantastical trip through the world of the dead.

Japanese avant-garde playwright Shuji Terayama premiered this loose adaptation of Bertolt Brecht’s “The Threepenny Opera” in 1967, transporting it to a funeral parlor inTokyoduring World War I. The result is a madcap mixture of Japanese ghost stories andWeimarcabaret; musical styles run the gamut from J-pop to jazz, all delivered with the same devil-may-care enthusiasm. With spectacularly outfitted cast members constantly swirling about the stage, director Saori Aoki creates a pleasingly controlled chaos. The players perform a seemingly impossible balancing act, remaining completely committed while winking at the audience, bringing them in on the fun.