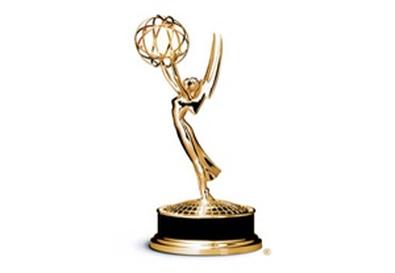 Now that the Emmy nominations have been announced, it's never too early to start making predictions. Using a highly touted secret scientific method, we list here early guesses for who will take home Emmy Awards in the acting categories at this year's ceremony, airing Sept. 23 on ABC.

With the continuing juggernaut that is "Modern Family," this feels like Sofia Vergara's year. Her character, Gloria, has blossomed from trophy wife to heart of the show. The season finale gave her a great opportunity to shine as a comic actor, and the final reveal that she was pregnant was beautifully played. The only thing that could work against her is that she's overexposed, appearing in every other commercial on television. Or the late Kathryn Joosten could take it in a sentimental vote, which is not to say she doesn't deserve it -- her work was fantastic. But this is Vergara's to lose.

Max Greenfield and Bill Hader should just be happy to be nominated -- somewhere, Nick Offerman is drowning his sorrows in bacon. But this is also a "Modern Family" death match, and I believe Ed O'Neill will join his onscreen wife, Sofia Vergara, in the winner's circle. A beloved character actor who's been around for years, O'Neill shone as Jay in Season 3, and had probably the best line in a series full of them -- "Who's up for a hobo adventure?" -- while trying to convince his family to ride a train so he could make it to a reunion in time to show off his hot wife. O'Neill's role is not easy; he could come off lecherous and shallow. But in his hands, the relationship between Gloria and Jay feels real, romantic, and hilarious.

No contest: Giancarlo Esposito delivered the performance of the year as drug-lord-hiding-as-fast-food-manager Gus Fring on "Breaking Bad." Also, he'll be making history: No African-American actor has ever won in this category.

While my gut says Christina Hendricks is due, no actor has won for "Mad Men." I would love for that streak to end this year, but it's more likely Maggie Smith will score one of many wins for "Downton Abbey."

This could finally be Jon Hamm's year, but Bryan Cranston has beat him three times already. With the best role on TV and "Breaking Bad" currently airing its fifth season, Cranston will be at the forefront of voters' minds and will earn his fourth Emmy.

Julianna Margulies could repeat her win from last year, but it's more likely that Claire Danes will win for her first season of "Homeland." There is nothing else like the show on TV, and nothing like her portrayal of a bipolar CIA agent who suspects a POW of being a terrorist.

This is the toughest category to call, and not just because there are seven nominees. Sometimes, Emmy likes to reward the hip new girl, but in this case there are two: Zooey Deschanel and Lena Dunham. Often when people can't decide, they go with a familiar face, but four nominees are previous winners. I would love to believe that this means Amy Poehler -- who is neither new nor a previous winner -- will win. But the trophy is more likely going to Dunham, because voters seem to love the way she breaks the mold of a traditional series star.

This is likely down to previous winners Alec Baldwin and Jim Parsons. Don Cheadle's show was largely unwatched, and Larry David is too off-putting for some. Jon Cryer is a mystery; he's won in the supporting category against tough competition and deserves points for coming out of the Charlie Sheen mess unscathed. Still, I'm betting Baldwin lands a third Emmy for his epic work on "30 Rock."