How to Handle Unwanted Attention 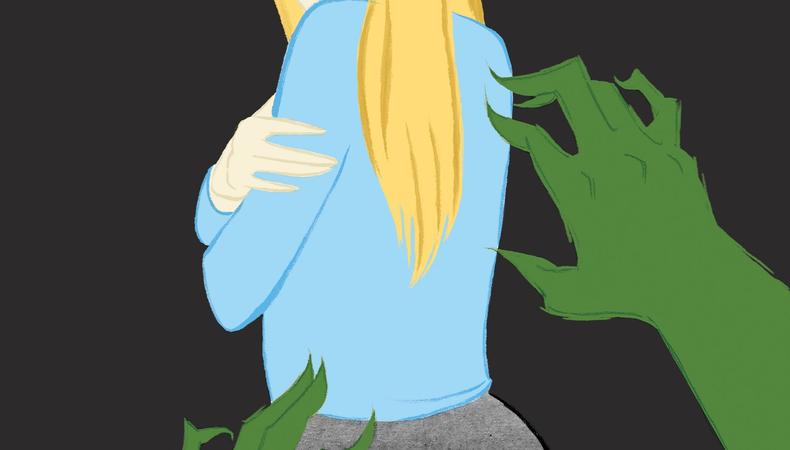 You’ll have to forgive me if this week’s column gets a little preachy. The topic is an important one.

Recently, a reader asked my advice in dealing with some sexually inappropriate conduct. (Understandably, she asked me not to reprint her letter.) I always get steamed up about these situations, because I believe that—like everyone—actors are entitled to feel safe in our work, learning, and other professional environments. And it’s unacceptable for that sense of safety to be poisoned by the selfishly stubborn cravings of some perv who can’t control his or her behavior and won’t amend it when someone expresses discomfort.

But what really gets my feminist goat (since the victims are usually women…though undoubtedly not always) is that, while recipients of unwelcome advances may complain amongst themselves, they’d usually rather tolerate the discomfort than speak up officially, often saying they “don’t want to rock the boat” or that the affronts “weren’t so bad.” The problem with that is, it renders ineffective the protections that people have fought so hard to install and perpetuates the problem.

In our business, the subject can get pretty tricky, because show folk relate in ways that would be outrageous for most “civilians.” We’re known to hug and kiss, talk openly about highly personal subjects, make outrageously off-color jokes, and flirt—sometimes just for laughs. But it all becomes a lot clearer when we look at the word you’ll see again and again in sexual harassment policies: “unwelcome.” There’s nothing inherently wrong with our weirdly intimate interactions. But when something someone’s doing creeps you out, you’re entitled to insist he or she stop, even if the same behavior from someone else doesn’t bother you at all.

First steps need not be huge confrontations. Often, an offender won’t even realize he’s caused discomfort, and it’s enough to simply alert him with low-heat statements like “I don’t like that kind of talk,” “That’s not really appropriate,” or “Watch the touching. You’re crossing the line.” If it happens again, respond with a clear, direct, deadly serious message: “We talked about this. Don’t do that anymore,” or “You’re creeping me out. Are we going to have a problem?” And finally, if it continues, “This is about to become an official complaint. You need to stop ______,” with a specific description of what’s bothering you.

In most cases, that kind of directness nips offenses in the bud. If not, it’s a clear case of harassment. And you must take official action, not just for your sake but for the sake of others. Specific steps will depend on where you are—at school, on the set, in a play, at an audition, or in an independent class. Follow the official procedures to the letter, putting everything in writing, supported by evidence and corroboration whenever possible.

Harassment policies, rules, and laws can’t protect us if we don’t invoke them. Worse still, every time you tolerate someone who insists on crossing the line, you expose other people to the same experience. So speak up, first to the person involved, then, if necessary, to the appropriate authority. As Gloria Steinem said, “Whenever one person stands up and says, ‘Wait a minute—this is wrong,’ it helps other people to do the same.”