How to Handle Vocal Breaks 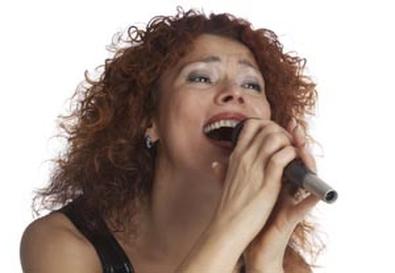 One of the more vexing technical challenges for any singer is the dreaded vocal break, that area where notes suddenly become more difficult as the voice tries to transition from the lower to the upper registers. Singers have developed various ways of dealing with this issue, often to the detriment of their vocal performances. In this area singers often have to choose between yelling a note or going light and breathy. It takes a particular level of skill to sing through this area seamlessly.

What Are They and Why Do They Happen?

Vocal breaks are caused by the voice's need to make a shift in resonance as it ascends in pitch. Resonance is the way the body amplifies the relatively weak sound waves sent up by the vocal cords. The sound waves enter the areas of the throat, mouth, and nasal cavities and pick up energy by vibrating in these acoustic spaces. Depending on the pitch and the vowel, different areas will vibrate more intensely. This is what gives the singer the differing sensations of chest and head voice.

When you are in chest, the dominant resonator is the throat, even though we may feel the sympathetic vibrations more intensely in the chest (hence the name chest voice). As you ascend, the throat area becomes a less efficient resonator; think of it as a bass amplifier. If you attempt to stay in this resonator—or chest voice—on too high of a pitch the larynx will begin to rise to keep the throat area aligned with the ascending pitch. Soon there will be a greater degree of tension as this resonator is pushed beyond its natural acoustic role. This condition is often called "pulled chest."

The singer is now left with a difficult decision: continue to push this straining tone or "flip" or let go suddenly, causing the voice to weaken instantly. Often the voice will do this for you, producing the dreaded "crack."

There is a better way for the singer. Rather than struggle with taking the chest voice too high, the singer can allow the sound waves to use a new primary resonator. This area of the mouth can amplify high pitches and overtones much more efficiently. This will produce the sensation of head voice. Please note that these resonance strategies will be slightly different for the female classical singer. We are focusing on the contemporary singer here.

The handing over of these resonators is a skill that takes a great deal of practice to do smoothly, but the good news is it can be done. The main way a singer will control this shift is through a system of vowel adjustments or modification.

Vowels directly influence the shape of these resonators. One can easily see the difference in lip position between an "ah" and an "oo." However, what we don't often notice is that the throat area also changes between the two vowel sounds. The "ah" will require a higher larynx and the "oo" a lower one. The changing of the size of these resonance areas is what causes the ear to discern these vowels as different.

The different resonances created by these and other vowel shapes become a strong tool in the singer's arsenal. In general the more open or wide vowels (such as "ah") favor the chest resonance, and the more closed (such as "oo") favor the headier resonance.

The singer can use these acoustic laws to great advantage. As the pitch ascends, vowels need to modify slightly to be more closed or narrow. This adjustment will allow the mouth area to take over from the throat, or chest voice. The smooth transition is often called mix, bridging, middle voice, or even the classical term "passaggio."

The ability to blend these registers is a powerful one. Now the voice will gain in acoustic power with less effort as the correct resonator is used. Also the access to higher registers is much easier. With the effort load on the vocal cords being drastically reduced, the singer will also be able to sing longer without fatiguing and will experience far fewer vocal issues.

A great way to begin to train is with sounds that will naturally encourage the hand-over of resonance. Narrow vowels such as "oo" work well. Do your vocal scales on an "oo" sound, or if you have any problem, make it "koo" or "boo." The consonants will add stability.

Once you are able to go back and forth across the registers, you can work on more open vowels. These require more attention, as they will need to modify to transition smoothly.

An "ah" vowel will naturally pull chest through the transition unless it is modified to the friendlier vowel sound "uh." Work on making this vowel change as you feel the break area approaching. This should reduce strain and allow the hand-over of resonance to occur smoothly.

Since songs are rarely composed of only "oo" vowels, we need to work these vowel strategies into the text. For example: on a "break note" the word "what" becomes "whut." The "ah-ee" of the word "I" becomes "uh-ee."

Although a full breakdown of vowel substitutions is beyond the scope here, you can listen to some of your favorite singers and try to hear how they use these vowel adjustments.