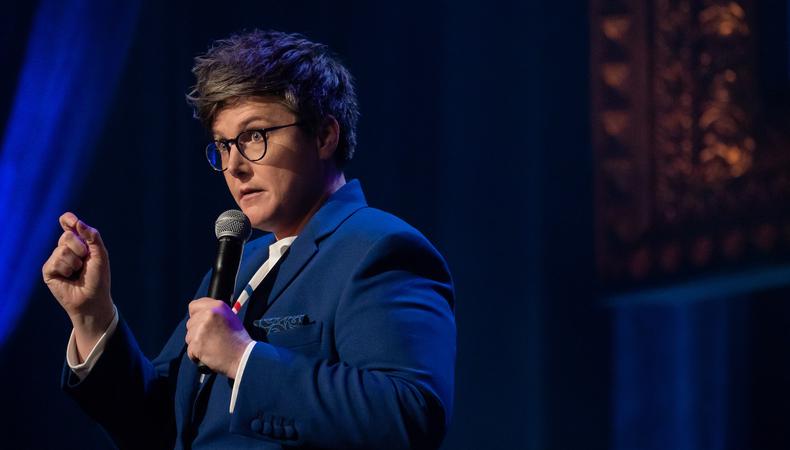 Across her two Netflix comedy specials, “Nanette,” and her newest release “Douglas,” Hannah Gadsby takes audiences on a journey of fundamentally deconstructing  and reimagining what comedy can be. For Gadsby, comedy has always been personal, allowing her a way to present the specifics of her experiences as an autistic lesbian on her terms in order to make a place for herself in an industry that she never felt was designed with her in mind. Gadsby sat down with Backstage as a part of our ongoing Slate series to discuss her decision to return to comedy after “Nanette,” and how voice and audience are inextricably linked to every part of the writing process.

A comeback always had to be on her own terms.
“When I filmed ‘Nanette’ it wasn’t clear that it was going to be a success. I mean, I had an inkling because it had grown with every audience as I performed it live so I knew that it tended to strike a chord, but the translation from live to a filmed version is always a dicey process, you gain things but lose other things. The feeling in a room, I don’t think translates, necessarily. So when I filmed it, the content suggests that I won’t come back, but there was a very layered idea there. Part of me wanted it to be true because I was exhausted, and certainly if I came back it had to be on my own terms. The success of ‘Nanette’ meant that I could come back on my own terms. And ‘Douglas’ is a very different show. I kind of took a wrecking ball to comedy with ‘Nanette’ and ‘Douglas’ is what I built in the aftermath.”

For Gadsby, comedy works best when it is at its most personal.
“I think when you’re starting out in comedy at the time that I did, I felt it had to be personal in a way because I have to explain myself because it’s not your average person that was standing up on any given night. I’d follow a whole sequence of straight white men—maybe a gay in there, but generally it was that. So I’d stand up; my point of difference, I couldn’t not address it. My personal life meant that my observations of the world were going to be different. So if I stood up there and started talking about Pop-Tarts—we don’t even have Pop-Tarts—it’d be weird! Because people would just look at me. If I didn’t address my sexuality or things like that, because people could tell, then I couldn’t get the laughs. People weren’t relaxed because they were like, ‘I need her to name it.’ So I very quickly worked out that if I didn’t explain myself, name my differences and wrangle those for an audience, then I wasn’t going to get laughs.”

When approaching a writing project, always consider both voice and audience.
“I think with writing it’s always going to be performed in someone else’s voice. In the sense, like, if it’s for the page, then it’s going to be someone’s voice inside their heads unless you’re performing it yourself reading it for Audible. So you’ve always got to think about the voice, who’s going to be actually bringing the words to life. That’s something that I think about a lot. I write, essentially, for my own voice. So I always think for me it’s incredibly important to always consider both the voice and the audience because it’s a conversation. Communication is a conversation, and often there can be a tendency to think that your voice goes out there on a blank canvas, but all audiences are incredibly dynamic. So I’m often wrestling with that: Who is my audience?”

Writer’s block can be tackled through a number of different avenues.
“There’s various techniques. For when I’m doing comedy, writer’s block doesn’t exist because as soon as you’re onstage you’ve gotta say shit and make people laugh so that’s a really effective and immediate and frightening way to take that. You just have to fly. But there’s different forms of writer’s block that you get. Sometimes it’s just like there’s no point. I’m tired, my brain is tired. It’s not actually working. With autism, I have a limited amount of energy. It’s a finite resource on any given day and I can have a cumulative stress that means that my brain ceases to function normally, or as good as it can get. So if I haven’t slept then there’s no getting out of writer’s block, I have to actually just rest. And then there’s creative blocks, but they’re just puzzles. And being active helps me, so I’ll often go out into the garden if I’m home.”

Learning that she is autistic has allowed Gadsby to reframe her relationship to her subject matter in a more tenable way.
“It just gave me a shift on perspective because I think when I was watching people it was always through the lens of,  “What am I doing wrong? What’s wrong with me?” And now I know, and know I can’t fix it, it’s always going to be there. I think it’s a healthier thing because I’m driven to watch people in order to understand them, not in  order to fix myself or mirror their behavior or mask my own needs and what not, so it’s honestly meant that I have more of a conversation with my subject matter as opposed to just trying to fix myself. I think you’ve always got to work on yourself, I think that’s human, but now I know there’s better parameters for me to understand what I need to work on. There are things I’ll never be good at. I always sort of put it like I was laboring under the false impression that I could make it to the starting point of normal, and now that I know that I can’t I just get on with things.”

For more from Gadsby, watch her full Zoom webinar session below, and keep tabs on who’s coming up on The Slate with our list of programming right here! 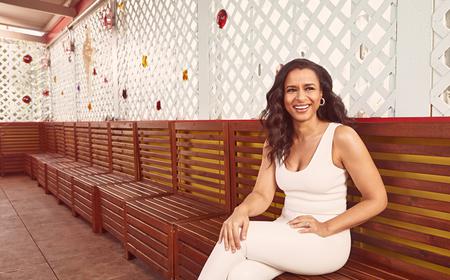 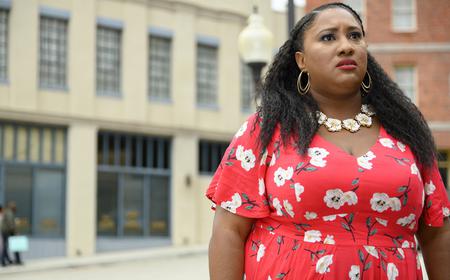 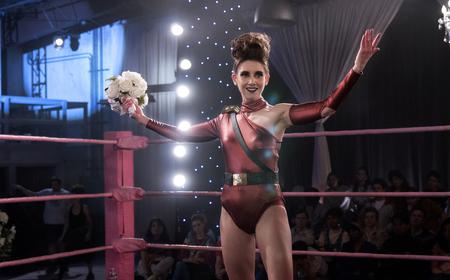 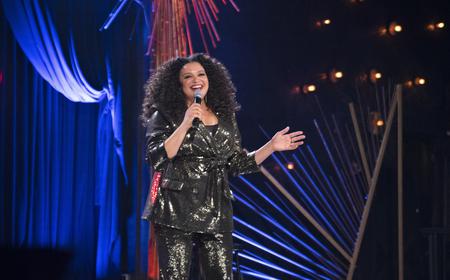 Michelle Buteau Talks Emmys, Standup Comedy + the Secret to Doing it All