'Hate' Is a Symphony of Bigotry 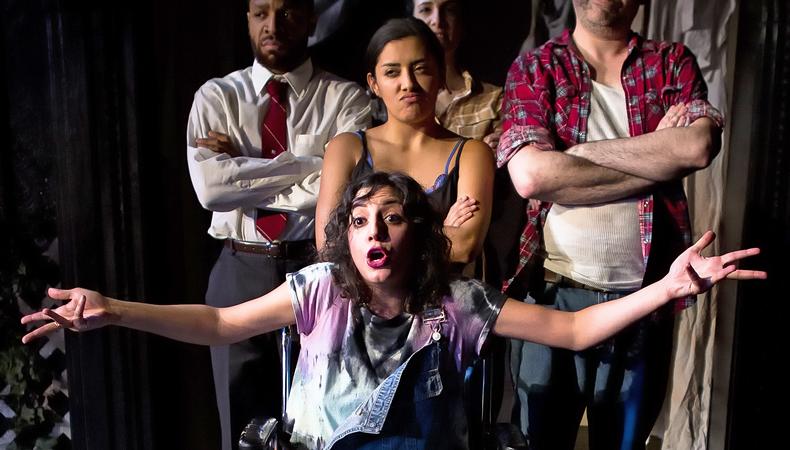 Welcome to Logan County, USA, a Southern backwater whose white redneck residents are fed up with the communist evolutionists running the country and which is overrun by Nigerians and bean-eating Mexicans. Trading in every stereotype under the sun, Luis Enrique Gutiérrez Ortiz Monasterio’s “I Hate Fucking Mexicans” is a symphony of bigotry, creating a strangely lyrical world in which those stereotypes take on a disquieting new life.

Monasterio, the bad boy of Mexican theater, has said that the play is “a caricature of Americans written by a Mexican, just like Speedy Gonzalez is a caricature of Mexicans written by Americans.” His over-the-top script has a cartoonish quality that manages to be funny while simultaneously offending everyone. There’s mental retardation, incest, religious fanaticism, and jocular mentions of lynching. In this pithy translation by Debbie Saivetz, Ana Graham, and Danya Taymor, the piling on of political incorrectness becomes almost poetic, with racial slurs so frequently repeated that they become epithets in the epic sense, like a perverted “Iliad.”

Narrating the story in the manner of an oral history, Tamara-Lee (Layla Khoshnoudi) is at the center of the goings-on. Abandoned by her mother, who skipped town with an itinerant Mexican, the overweight Tamara rolls about in a wheelchair her uncle stole from a Nigerian whore (“Nigerian,” like many other labels in Logan County, is less an accurate descriptor than a reminder of one’s otherness).Through Tamara’s eyes we see the characters that populate her world: Barry Joe (Adriano Shaplin), her brain-addled brother; Aunt Laurie (Michelle Silvani), the practical one in the family, who has been having visions of God; and Eliaya (Ugo Chukwu), the smooth-talking Nigerian gas-station owner embarking on an unlikely campaign for mayor.

“I Hate Fucking Mexicans” hinges on Tamara-Lee’s perspective, and Khoshnoudi propels the play forward with as much energy as she uses to wheel her chair around the stage. Literally slack-jawed, her bottom lip stuck in a perpetual pout, she spouts hatefulness with infectious good humor in a Southern accent so stylized that it nearly sings, spanning octaves.

At barely more than an hour, the production zips along under Taymor’s direction but still retains the sense of an expansive if warped coming-of-age story. With many players taking on multiple roles, the cast moves fluidly around the spare set and falls into periodic and unexpected moments of synchronized movement, as if a hive mind has taken over. The effect is deeply unsettling, especially when followed by an abrupt ending that brings the play’s artifices crashing down. It’s a reminder that for all its cartoonish absurdity, Logan County has the ability to morph all too quickly into something troubling and eerily familiar.