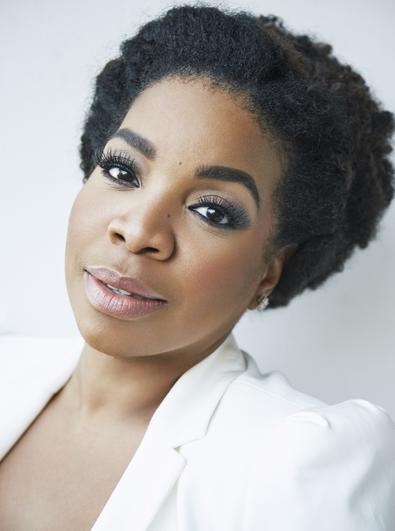 On grounded comedy.
“[Actors are] always trying to find a piece that’s going to push us, that’s going to make us turn a corner that we haven’t turned in the past. I really feel like ‘Vice Principals’ did that for me, particularly as a comedic actor. [These] characters are grounded in real personal flaws. That was a great comedic turn for me to not worry about, ‘What’s the punch line?’ ”

On working with Danny McBride.
“I’ve been a real fan almost from the very beginning. I loved ‘Eastbound & Down.’ I thought his Kenny Powers was just crazy and remarkable. He’s really good at creating a character that feels like it’s him, Danny, and it’s not—he’s such a generous and kind and smart person.”

On acting for the sake of the craft.
“Billy Porter said something like, ‘If you aren’t willing to do theater in the living room, you aren’t willing to do it on Broadway’; that really resonated with me. I can remember being new to New York and feeling like I have all of this talent, I have all of this potential, and this is where it’s going to happen—and feeling like I can only do that at this level on Broadway. I would encourage actors to pursue the craft, and when we’re actually in pursuit of the art and the craft, we find and we are found.”

On her Drama Desk Award–nominated role.
“I loved doing Lottie in Lynn Nottage’s ‘By the Way, Meet Vera Stark.’ I love Lynn Nottage, she is brilliant—and I don’t throw that word around. She is a brilliant person, she is a brilliant writer. I love how she approaches a piece. It’s almost academic. And I loved my character, Lottie, for the simple fact that I think she is such a relatable actress. Lynn wrote an actress role for an actress. It was an actress of color, of a certain size, at a certain time in history. So I really loved jumping into Lottie and I do feel like that character and that piece opened doors for me on camera, which I was shocked by.”

On her wakeup call with Backstage.
“Of course I read Backstage! I’m originally from Houston, Texas, and [when] I had recently graduated from college, I remember a friend of mine and I picked up Backstage, and I want to say—I’m dating myself here—it could’ve been ‘Jelly’s Last Jam,’ the tour, they were holding a general audition. They were looking for singers, and if you can tap, great. We bought tickets from that Backstage casting call and flew to New York. I had on a pair of Doc Martens—I didn’t even have a pair of dance shoes. Needless to say, neither of us got it. But for a young woman in Texas, it was my entrance into the New York theater scene…. We were humming our songs the whole way. We just assumed that if you asked us to sing, we were going to be fine. I assumed that I would sing first and then they’d be like, ‘Oh my gosh, she’s so amazing! She doesn’t have to tap.’ [Laughs] And then we walked into the room and they’re like, ‘Put on your tap shoes.’ It was a great lesson for us because it was, like, that’s the New York level. You come in with your tap shoes. That’s the thing that I would say to actors: You can’t walk into the room hoping, you have to be prepared.”

Benjamin Lindsay
Benjamin Lindsay is managing editor at Backstage, where if you’re reading it in our magazine, he’s written or edited it first. He’s also producer and host of a number of our digital interview series, including our inaugural on-camera segment, Backstage Live.
END_OF_DOCUMENT_TOKEN_TO_BE_REPLACED