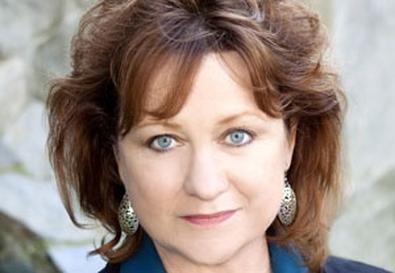 Holly Powell formed the idea for her four-week audition workshops back when she was still casting. She had seen the audition world from three sides—as an independent casting director, as senior vice president of talent and casting at the Greenblatt Janollari Studio, and as director of casting CBS New York and then director of casting CBS Los Angeles movies and miniseries. She recalls, "As I watched actors travel through the many steps of the audition process, I noticed the various ways actors handled the pressure as the job got closer—the adjustments they made as more and more people were in the room, and the ability, or lack thereof, to make a smooth transition from reading in the small office of the casting director to the large screening room of the network.

She adds, "I learned from the actors who walked into the room with confidence, who took control of the room, who looked everyone in the eye as they said hello, and who took a few moments before they began. I also learned from the actors who would walk into the room looking down at their shoes, unfocused, never making eye contact and with a look on their face that showed they weren't prepared." Six years ago, she taught her first workshop.

Powell's "Six Audition Tool Method" is a specific formula designed to help actors have the mental mindset of an athlete when in the audition room. "When these six simple tools are used," she says, "the 'voices' of sabotage and fear disappear, and the actor obtains mental focus and, in the process, takes control of the audition itself." Mock auditions are held each class, on camera, and actors take home a DVD of their work each class.

"Holly takes you through the entire audition process, leaving no question unanswered. Very uplifting technique," says Back Stage reader and actor Scot Shamblin. "She loves actors and thinks like a casting director," says Jenn Wong. "She helps take that fear of auditioning away and explains everything with such passion," says Marcela Vera.