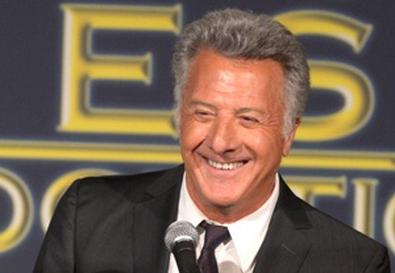 The Hollywood Foreign Press Association handed out more than $1.2 million in grants at its annual Installation Luncheon Aug. 9, where the official installation of this year's officers and board of directors was also announced.

Grants were presented to 40 entertainment-related non-profits and cultural institutions at the star-studded event, which gathered Hollywood actors, filmmakers, studio executives, publicists, and non-profits at the Beverly Hills Hotel. Funds are provided by the license fee the organization receives from NBC's telecast of the annual Golden Globe Awards.

"Thanks to the diligence of the members to produce a successful Golden Globes we are able to expand the philanthropy branch of the Association," HFPA president Dr. Aida Takla-O'Reilly said at the opening of the ceremonies. "Over the past 18 years, we can proudly say our organization has donated nearly $15 million through our grants program."

Steven Spielberg accepted a $250,000 grant on behalf of the Film Foundation, which he, Martin Scorsese, George Lucas, and other filmmakers founded 22 years ago to preserve films. Spielberg said that the HFPA has donated $3.6 million to the foundation over the years, helping to fund the restoration of about 80 classic films. He said the money awarded this year will go towards restoring Federico Fellini's "La Strada."

The HFPA formally installed its new board of directors and officers for 2012-13 at the luncheon, as well. Dr. Aida Takla-O'Reilly was reelected for her second term as president. She introduced new HFPA Vice President Jorge Camara, Executive Secretary Serge Rakhlin, and Treasurer Ali Sar.

The new board of directors is comprised of chairman Ruben Nepales and board members Helen Hoehne, Yukiko Nakajima, Yoram Kahana, and Lorenzo Soria, with Dierk Sindermann as alternate.

The complete list of 2012 HFPA grant recipients is below.