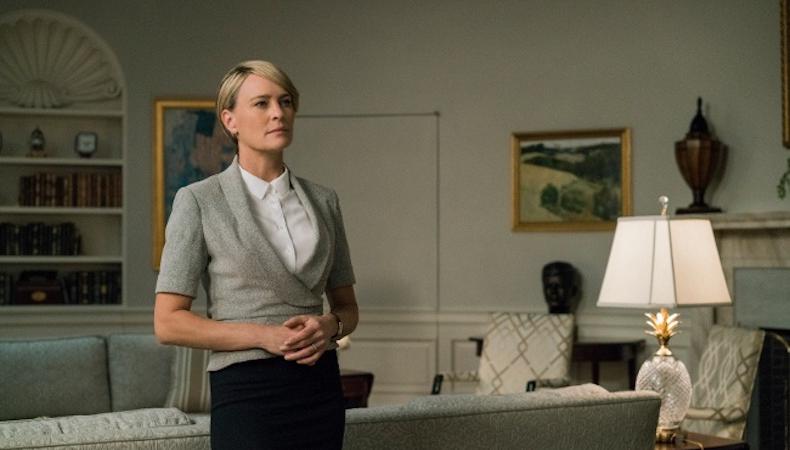 As the Emmy-winning casting directors behind Netflix’s political thriller “House of Cards,” Laray Mayfield and Julie Schubert find actors who can hold their own alongside Kevin Spacey and Robin Wright.

Days off are as important as work days.
LM: “When actors begin their career, what they do with their off time is equally important as what they do when they’re auditioning or at work. They have to approach their work as the craft that it is, and that’s apparent from the moment that you meet somebody. Part of what we love about our job is that we get to support actors and their journey, which is not an easy one.”

Rule No. 1? Come prepared to auditions.
JS: “What being prepared means is knowing your material, knowing the choices that you’re making. Listen to the direction and take the direction in and bring it into the scene if you’re doing it a second time. Make sure that you have all the things you need to be able to present yourself as someone who knows what you’re doing.”

Casting is family-building.
LM: “[With] anything that we’re casting, but particularly as it pertains to ‘House of Cards,’ you’re building a family. Even though they might not be biologically related in the show, they’re all interconnected. Kevin Spacey and Robin Wright are the pivotal point that we build around, and you do that in anything. There is a lot of consideration for how it all works together with chemistry.”

Remember: It’s not personal.
LM: “The one big trap that actors fall into—and it’s hard not to fall into it because there’s a vulnerability that goes along with the art—is that this is not personal. It’s about the best person to build the character as it’s written, as it’s seen by the creator. When someone comes in with that preparation and works really hard on that time they have in the room, that does leave an impression on us when they leave.”

Lack of credits won’t stop you from booking it.
JS: “We take into consideration the entire breadth of the show. We’re all about looking for the best actor for the job who is going to be able to do it in a very professional and responsible way. That doesn’t necessarily mean that someone who doesn’t have a long laundry list of credits behind them isn’t going to be right for a job. But all the stuff that comes before that—being prepared, being respectful, being responsible, making choices, how they handle themselves—all contribute to whether or not we’re going to feel confident about that actor.”

Learn about all aspects of production.
LM: “An overall knowledge of production is invaluable to casting and I think it’s invaluable to anyone who wants to work in the film business on any level. I really encourage people, if they can’t at first get internships or part-time assistant work in casting offices, go be a production assistant on anything. You learn so much about all the departments and how interconnected the family of departments is on any sort of film or television project. I really believe production is a great way to come at casting, as well, and it’s a great way to hone in on what it is you want to do, because you actually get to see it all live and in person on a daily basis.”

Check Backstage’s TV audition listings to book your own gig!

Casey Mink
Casey Mink is the senior staff writer at Backstage. When she's not writing about television, film, or theater, she is definitely somewhere watching it.
END_OF_DOCUMENT_TOKEN_TO_BE_REPLACED