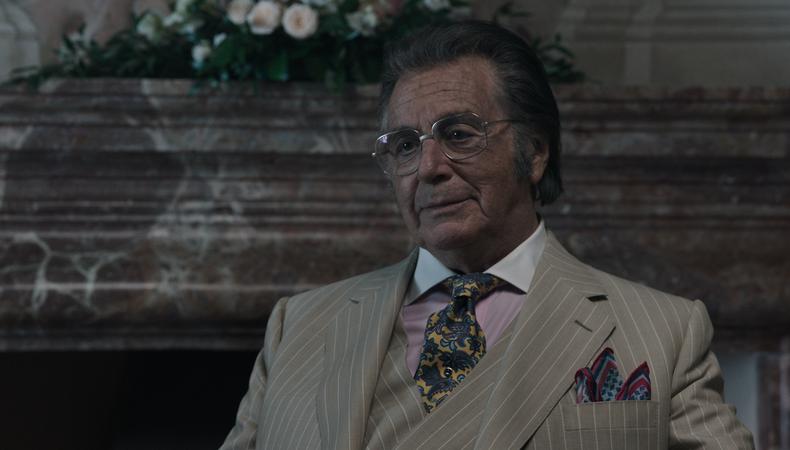 “No meat dresses here,” says “House of Gucci” costume designer Janty Yates. She’s of course referring to the film’s Oscar-winning star, Lady Gaga, herself a fashion icon, who made her own archives available to the “Gucci” team. Following the Ridley Scott feature’s release, Yates shares her process firsthand for outfitting the film’s stacked cast to outlandish perfection. 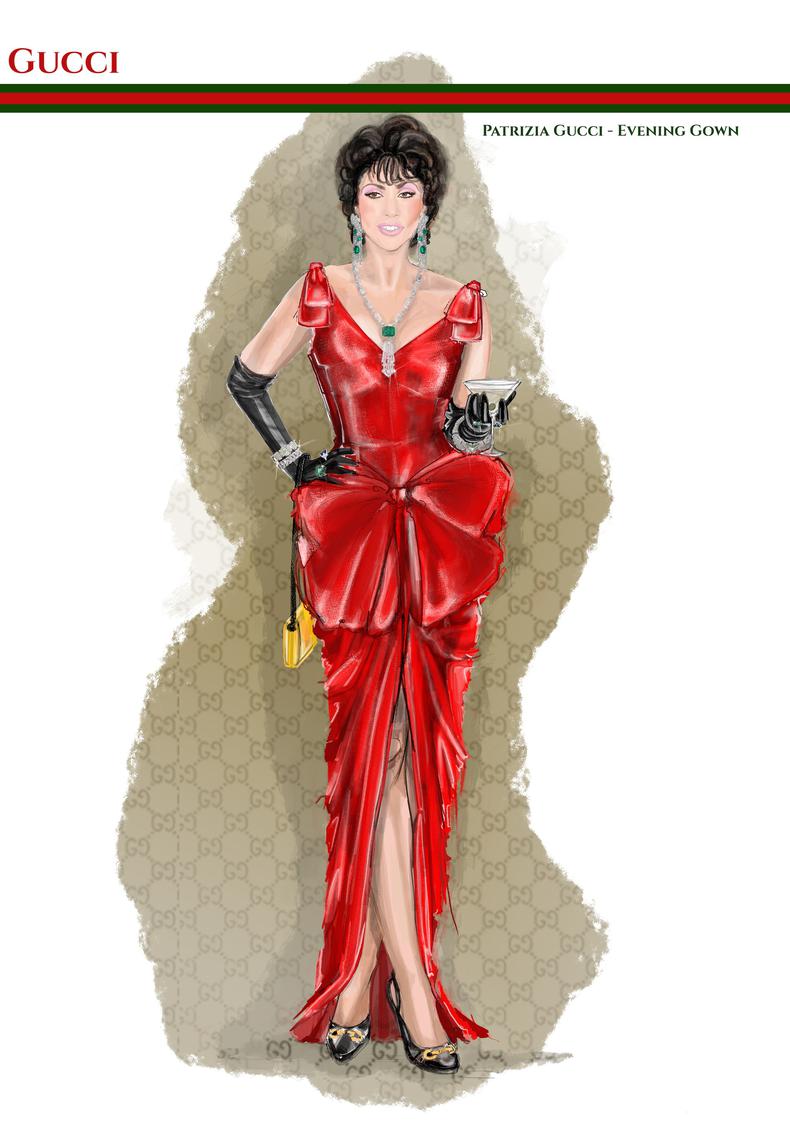 On the first day, she said, “I just want to look like my mother. My mother is 100% full-blooded Italian.” We did start her off quite nouveau riche. Daddy funds everything for her, but she’s innocent. She has little cottony summer dresses, little blouses, and sweaters with skirts. As she gets more involved with Maurizio, she gets more complex in her sense of dress; she gets into power suits and mega-jewelry. Patrizia wore her wealth so obviously and blatantly. And Lady Gaga would not wear the same outfit twice, nor the earrings, the bangles, the bracelets, the pins, the necklaces—they all went away. 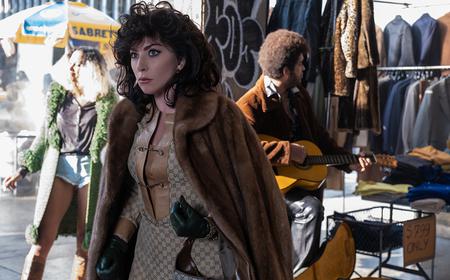 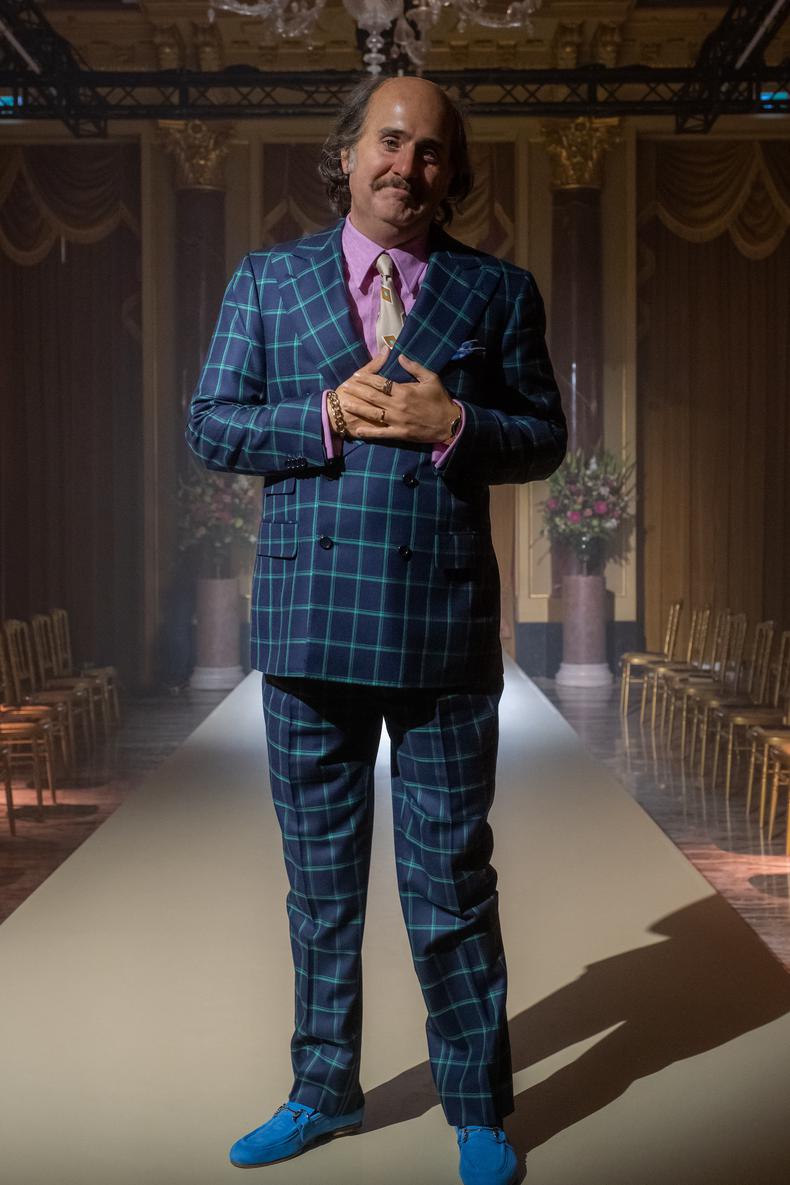 Paolo was an appalling dresser. Most of the time, he was wearing a tuxedo with a silver Lurex shirt and a big, black, velvet, floppy bow tie. I adored a film called “The Great Beauty,” and the tailors who did the glorious tailoring for [that] opened their doors to us. They said, “Oh, yes, so you want him like a dandy’s dandy.” They made the shirts and the ties. I designed the shoes. I was choosing horizontal stripes and vertical stripes in the most awful of colors. Jared just loved everything. 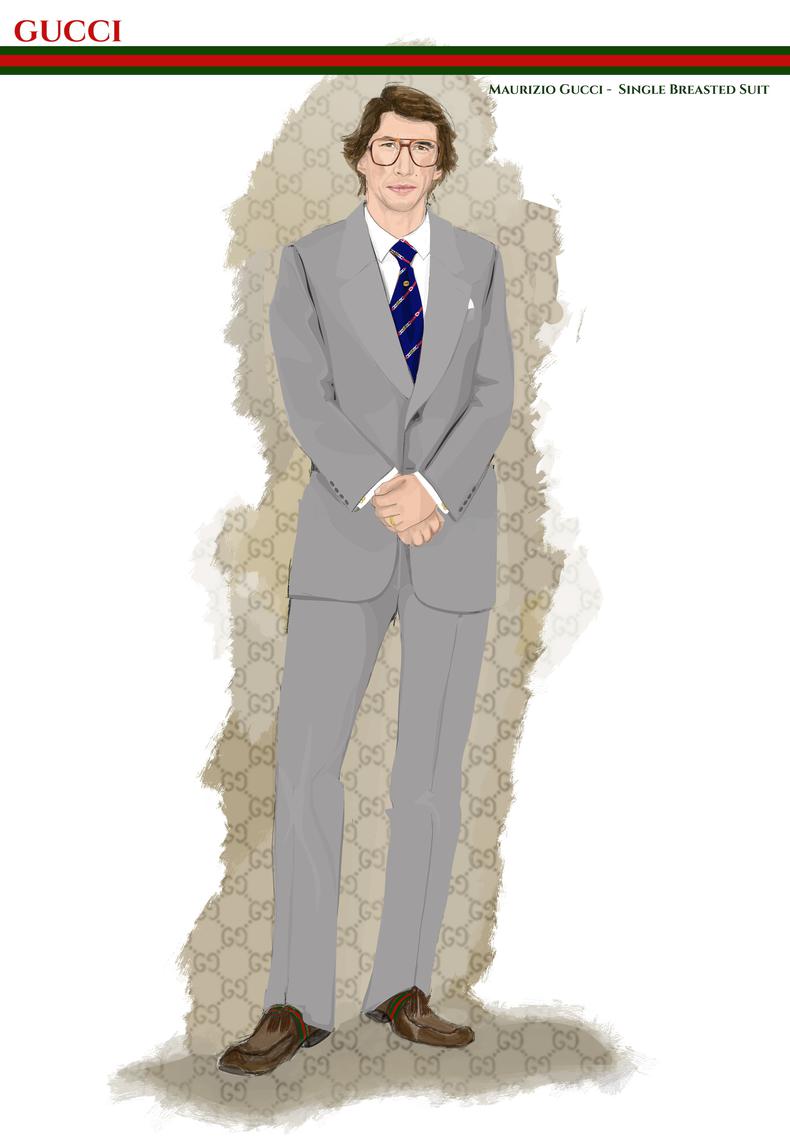 We took completely from photographic references [for Maurizio]. He was in beautiful, simple suits all the time. And when he was in shirtsleeves, he would have a beautifully made shirt and beautifully cut chinos. He just dripped very expensive, casual, smart taste. Ridley said, “You could do him standing on your head; he’s boring.” And I said, “He’s not.” I loved the way Adam wore it.

He’s a boulevardier. He’s very elegant, but a bit attached to the ladies. He’d have a tie and a pocket handkerchief, and he’d have a rose in his buttonhole. He’d have sunglasses. I actually had some black snakeskin fake Gucci shoes made for him, but [Pacino] wanted to wear the same pair of shoes all the way through. The funny thing was, he did come out Day 1 with a cane—not for propping himself up, but as an affectation. And he said, “I’m not wearing a hat,” in that Al Pacino voice. I said, “Oh, that’s a shame.” He said, “It’s because my hair looks so great!”

Rodolfo obviously was ailing. We were going to keep him in a cravat, but then [a particular lunch scene] got written in, so we had to develop him more. He’s very elegant, like his son. Jeremy’s got a wonderful clotheshorse figure. He loves a scarf. There’s one scene where he’s sitting in the garden in his dressing gown and a cravat. And Ridley said, “It’s a bit chilly; let’s put a blanket on him.” Well, Jeremy swung it around his neck—that cashmere pashmina. It really did look brilliant, darling. He just wears things with such panache.

Casey Mink
Casey Mink is the senior staff writer at Backstage. When she's not writing about television, film, or theater, she is definitely somewhere watching it.
END_OF_DOCUMENT_TOKEN_TO_BE_REPLACED