How Arif Zahir Went From YouTube To ‘Family Guy’ 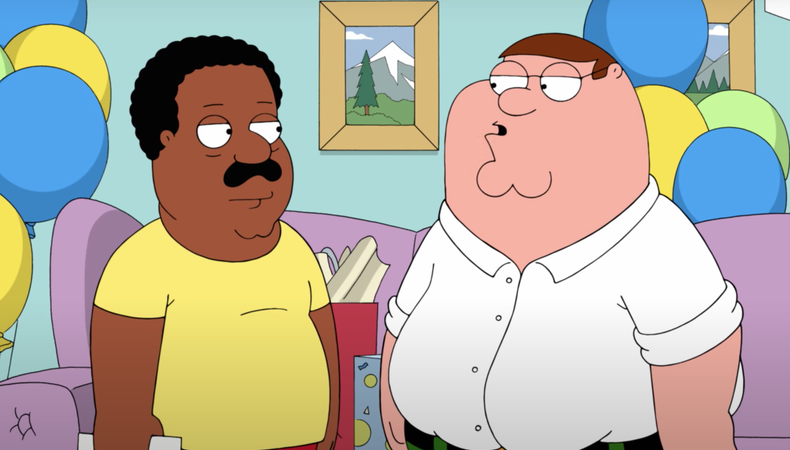 In this all-digital era, more people than ever seem to be taking to social media to create content–and any digital creative would do well to take a page from Arif Zahir’s book. He’s spent the past seven years building a following on YouTube as a gamer and voice actor, most well-known for his impersonation of Cleveland Brown from “Family Guy.” With the help of a TikTok video, a petition, and a good old-fashioned audition process, Zahir landed the role of Cleveland on the animated show when original cast member Mike Henry stepped down earlier this year.

Zahir spoke with Backstage about the many facets of his career and continually emphasized: Don’t knock YouTube. It opens doors.

How did you first get interested in performing?
As a kid, I was always inspired by Jim Carrey, Will Smith, [and] Martin Lawrence, and I wanted to be the class clown. I always got such a feeling of excitement when I would always do voice–I would pretend to do these characters, British accents, and stuff when I was in fourth or third grade for the class. They all laughed and nothing matched that feeling. From then on I knew I wanted to be an entertainer for the rest of my life. So I went through phases where I went and did street magic like David Blaine and Criss Angel. Then I moved back into being the class clown because that kind of got old, and then YouTube came around, and that’s when I just found a niche there and grew an audience there, and the rest is history.

Why was YouTube the most natural platform to start doing voice acting for a large audience?
Mostly it was because growing up in a household where money wasn’t in abundance, it was easiest to go in a game like “Call of Duty” or “Grand Theft Auto” and use the microphone because you can talk to anyone around the world, and just crack jokes. If some don’t go, some don’t and some do. It was kind of like virtual standup in a way. They don’t know what you look like. They just know your gamer alias and you get to try a joke, and if the entire lobby laughs at it, then I’m like, “OK, this is great, I’m gonna record this and use this for a video.” Then I know that people will watch the video who will think it’s funny as well if I got this entire crowd of people laughing. So it was just easy: Go in the game, no money involved, just use the microphone and try out content. 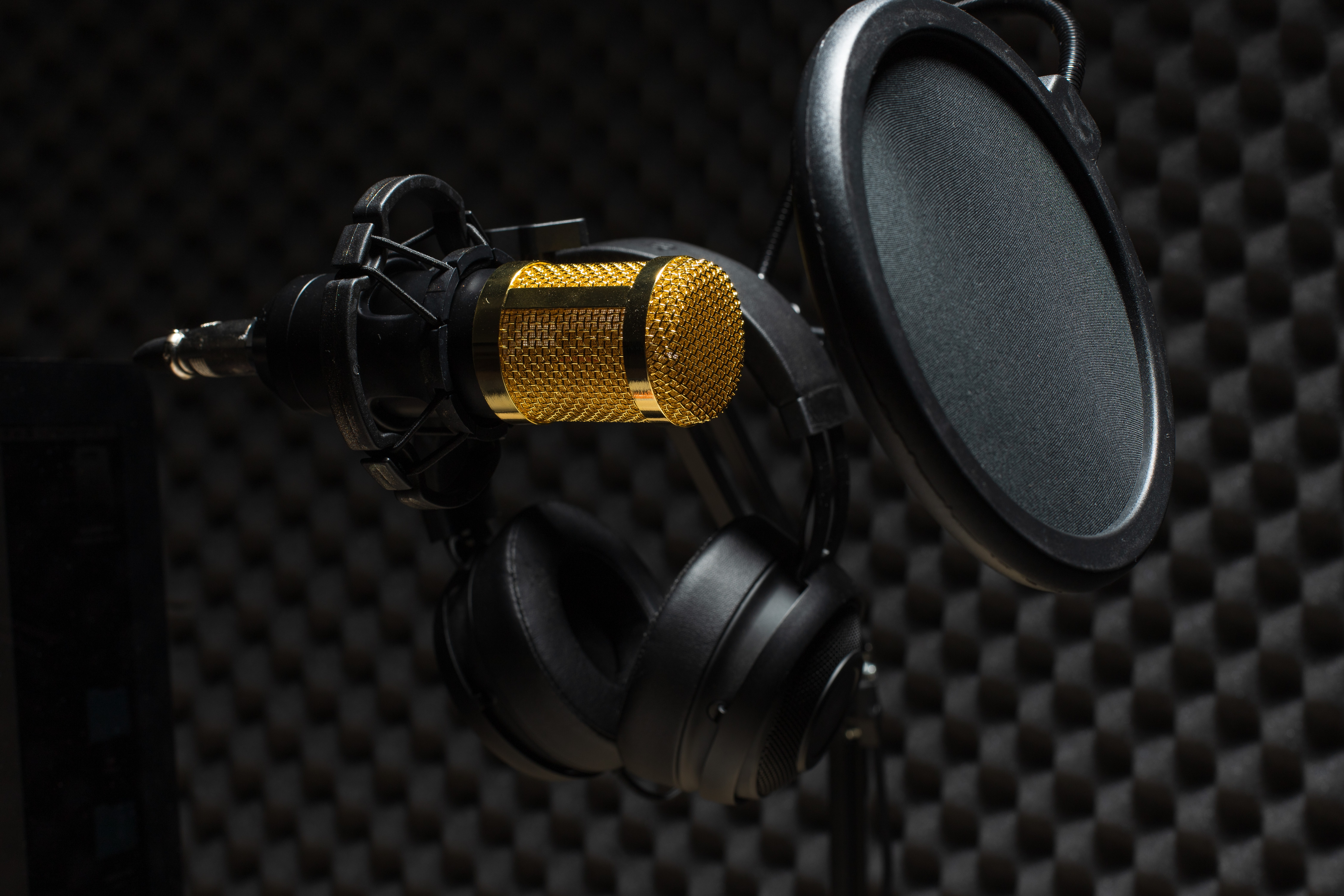 How To Get Your VO Reel Heard

You first caught the attention of the “Family Guy” producers with a TikTok video. Can you tell me in more detail how that led to you getting the role?
About two or three weeks after I posted that video, I also posted a video on my channel, honestly with no intentions, of giving an homage to Mike Henry for stepping down, and I did another Cleveland video on my YouTube channel. [I] realized that a fan had also made a petition that fans would sign to get the attention of producers. They gathered around 20,000 signatures, which is great. Two to three weeks after Mike stepped down, after those videos were live, I got an email from Fox and they had said, “We’ve seen your petition, the TikTok, and we also saw your ‘How to Do a Cleveland Brown Impression’ tutorial video on your channel. We love your content, we would love to see if you want to audition for Cleveland.” That was another month-and-a-half process in itself. It took around three to four, five auditions, I think, to get to the point of where I got it. So it wasn’t just like they saw me and chose me, which I think it got a little misconstrued when people just started to assume, “Oh, he was just chosen because he’s a YouTuber,” but it was actually just as rigorous a process as any other actor I feel would have to go through to get a role like that.

What was the audition process like?
[For] the first one, they sent me a script, and I was going crazy because in the earlier seasons, Cleveland’s performance was different, as with almost any voice acting. You watch “The Simpsons,” “Family Guy,” “Boondocks,” or “South Park,” all the characters sound extremely different in the 1990s than they do now. So I was like, “do you want me to sound like the original or the newer performance of Mike?” I was flipping out and then I noticed that the script they sent me for the first audition was from an episode that had already aired. So what I did was I played the clips back and forth in my head. I’d actually play them on Hulu, go back and forth, and try to voice match directly how Mike performed it. Then I would also send in a version of me doing it with the new Cleveland performance from the first one, and after that, they said, “We loved your performance. We want you to stick with the newer version.” For the second audition, I did the newer version. These are all remote, by the way. The third one was another script read from an unaired episode. After that, they said they wanted me for the fourth one to go into a studio and try to see how I work with the producers and on a professional microphone set and stuff like that. Same with the fifth.

Where are you at in the recording process?
I've recorded six or seven [episodes] now, but they won’t air until sometime next year. I don’t know the exact dates, but, to my knowledge, they take a while to animate. They’ll come out in about a year or so.

Since the character has been around for so long, do you feel pressure to live up to certain audience expectations?
People were like, “When you get the role, are you going to add something new to the character and stuff? Are you going to do what you do on your channel, tell ‘Call of Duty’ jokes?” I was like, first of all, obviously, there’s writing there, and I think the most important thing is to keep the character as close to the essence of the true character of Mike Henry’s vision as possible. I feel like you’ve got to keep the character there, and also, that’s what fans want as well. I wouldn’t feel comfortable trying to add my own input in there anyway. I think once the show airs people will see that it’s nearly identical, and I have Mike helping me through the way, and [executive producers] Rich Appel and Alec Sulkin, they’re there with me. So it’s going to be literally directly the exact same performance, which, yeah, there was a lot of pressure to do, and I think once people actually hear it, they’ll realize that it comes true to that.

What is your unique approach as an actor to take on this character?
I’ve been doing it for seven years for my channel. I wouldn’t really go to “Family Guy” or “The Cleveland Show” for reference as much anymore because it was just kind of ingrained in my brain. That’s what I did for my channel because I had nothing to live up to, but once I actually got the role, I went back to watching “Family Guy” and “The Cleveland Show” every day. Every time I go into record for the day–I’ve recorded about four or five sessions now–I watch “The Cleveland Show” in the morning, like about four or five episodes, and I’ll pause and try to voice match and get Mike’s nuances there and inflections. I don’t want to get in my head about it and end up sounding off, so I always make sure to be very refreshed before I go into the studio.

Generally, what steps do you take when you first get a script or a role?
One of the challenges, I think, that plagues most actors is trying to get your head out of yourself. I think for me, that’s one of my biggest hurdles. For instance, if I’m playing a murderer or a character that’s Shakespearean or something, I’m typically nothing like this person in any way, and I go back and forth in my head trying to say, “No, Arif, this is a character. You’ve got to really hone in on that.” And I would suppose, I’m a very imaginative person. Actually, I’ll sit there sometimes and meditate and envision myself in their shoes before I start to take on script work and lines.

What advice would you give to up-and-coming actors, especially ones interested in multiple disciplines?
It’s so different with the internet world–TikTok and YouTube and all of these mediums. I would say, when I was growing up, I’d always tell my mom, “I want to be in the movies!” And she would be like, “How are you gonna get there? I would love for you, but…” We came from a place where it was poor. We lived in the Bay Area. I figured you’ve got to be in L.A. to learn all this stuff. And I finally got to L.A. but people used to doubt YouTube. And I’ve always been biased, but I’d say one day it will bring me somewhere. I don’t know how it will, but I think it will. I rarely auditioned, I rarely went out for roles, and I just figured I’d just pour all my creativity into this craft that I built these years, that one day it might pay off, and it did. So I would say to any creative that doubts themselves on these platforms: You can be an actor, you can be a voice actor, you can do these things. Just stick to it, be unique, and always upload, and you're gonna have eyes on you. I know it’s competitive, but I will just say to just be you and create.