As a seamless mash-up of a delicate period romance with contemporary production elements, “Bridgerton” is unlike anything else on TV. Its premiere on Netflix last Christmas made it an immediate obsession amongst quarantined audiences, and with good reason! For our inaugural BackstageFest, the crew behind the magic—Marc Pilcher (hair and makeup), Will Hughes-Jones (production design), Jeffrey Jur (cinematographer), Kris Bowers (composer), and Ellen Mirojnick and John W. Glaser III (costume design)—sat with senior editor Elyse Roth to discuss their craft, their work on the hit series, and their advice for other artists who want to get started in their respective fields. 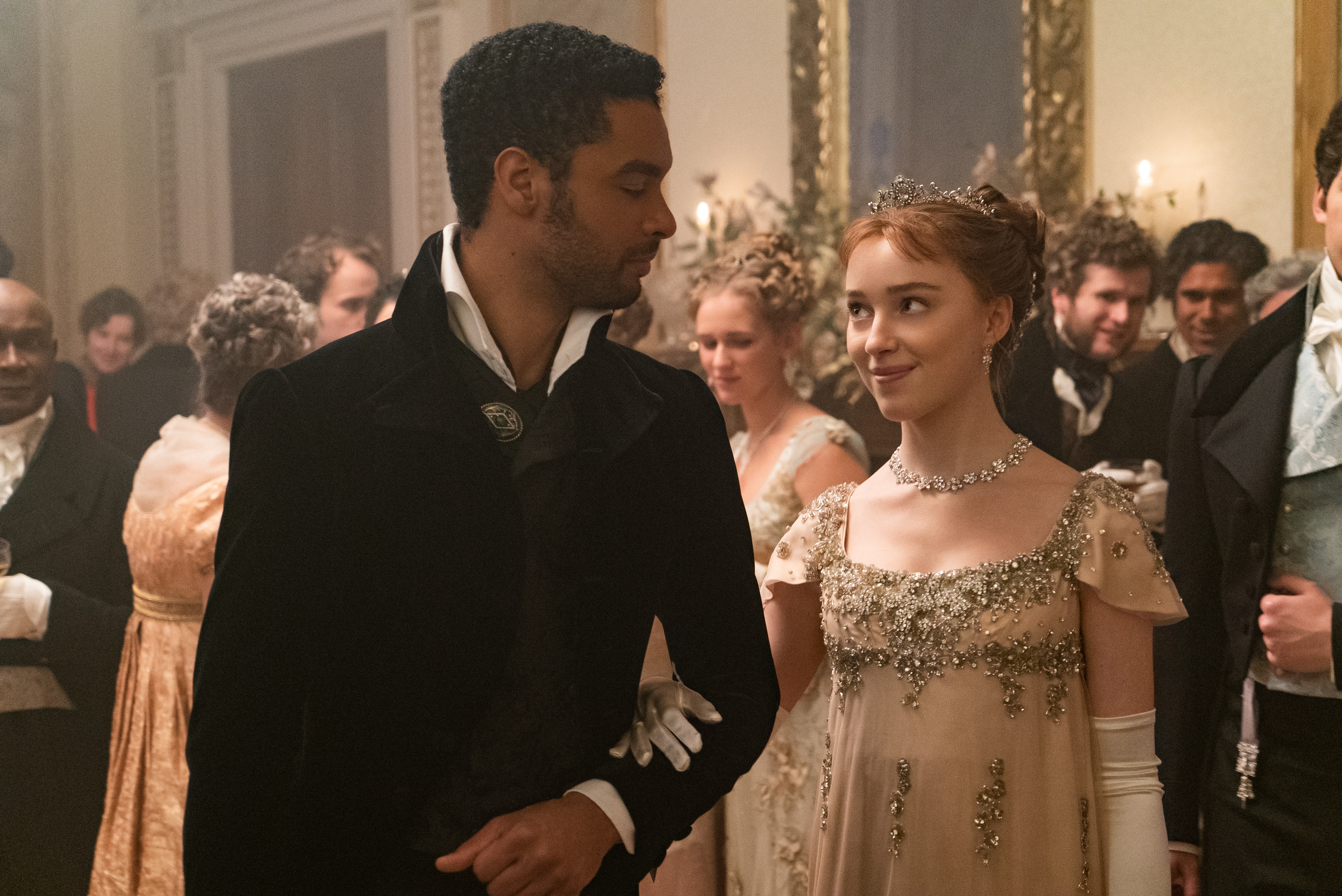 Jur’s priorities aligned not only with capturing stunning images, but also helping the contemporary audience connect with a period piece.
“For me, it was about trying to modernize, bring to life, and make something contemporary that had been seen before…. Also to humanize it and make it authentic for the contemporary audience, not to have it be this precious period piece, but something you could actually live in. That was certainly a big part of the visual design. We wanted to create these tableaus, but have these characters be alive for us.”

Mirojnick attributes the tonality of the show with her original lookbook and to the production design and cinematography.
“The book that we had created originally, John and I, the lookbook, said a lot in terms of the directions. We were the first to be hired—just because. I think it said a lot in terms of what the tonality of the show we were hoping to create. When [production designer] Will came aboard, and we worked with Will, and we looked at the fabrics and the colors and the tonality of the characters and such, he absolutely has the ingredients he needs to add to the feast. And Mark, of course, he came, looked, brought his genius, finishing everything that we created. The dialogue is always open. We are talking all the time.”

Bowers says one of his initial inspirations in the writing process came from finding Simon and Daphne’s recurring melody.
“At first, I tried taking little vignettes I wrote and kind of chopping and screwing and messing with them as if they were samples, trying to make really modern beats with them. That really didn’t work. Then, we tried writing something really traditional and grounded in that era, and that also felt a little too stuffy. The thing that really unlocked it for me was [when] we had to come up with that piano piece that grew into Simon and Daphne’s theme…. Once we found a theme and melody that felt really right for Simon and Daphne, that opened up that whole sound to me as far as having a romantic and impressionistic sound.”

Hughes-Jones does not want to build flashy sets that catch the audience’s eye; he wants to complement the story of the characters.
“Part of my brief as a production designer is not a matter of building sets that say, ‘Hello, here I am,’ because the audiences are following a story; it’s a character-based thing. Every opportunity, you need to be pushing the characters forward. There’s no point in us designing sets that make the characters disappear into the wallpaper. Having the references that Ellen and John had put together was a great start for me.”

Glaser III says he and Mirojnick balanced opinions on costuming from each other, the actors, and the script.
“I think for Ellen and I, I’ll speak for both of us, I don’t think we enter, when we meet an actor, with any preconceived notions. We were lucky enough to have built a large library of clothes, so we could try things on, take things off, find out what worked, find out what didn’t. Then, manufacture them for them [actors]. But every character that came in had an opinion. Ellen had an opinion. I had an opinion. The script had [an] opinion. Some of that is dictated from there. We worked very closely with each [actor].

Pilcher’s creative process begins right after he has read the script and continues with help from the costume department.
“I always like to read the script two or three times, and by the third or fourth time, I like to decide how I can convey the personalities of each character through hair and makeup to tell a journey. Just from ideas, not just from books or paintings of the time, but also from my knowledge of films. I grew up watching Hollywood movies and musicals, and [I think about] how to kind of interject those elements from things like that into it. Working with Ellen and John, I started to see the roots that they were going down with the 1950s Dior looks. If I had just done a normal Regency period hairdo with Lady Featherington’s amazing bold floral prints and those amazing Dior necklines, it would have looked very strange. You have to enhance that.”