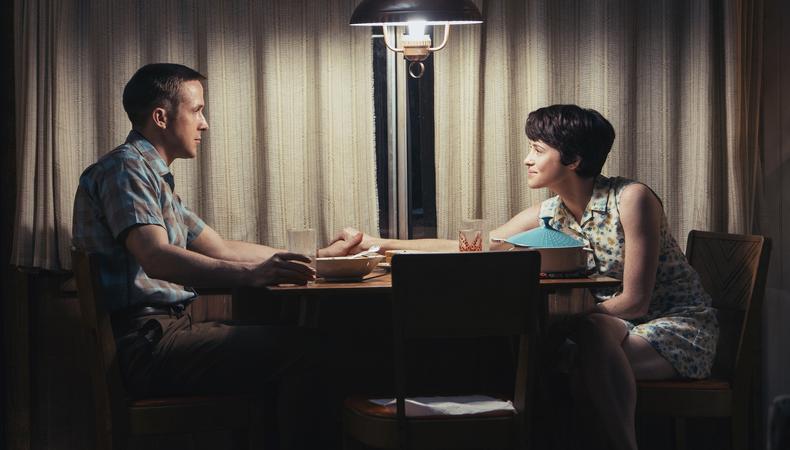 “One small step for man, one giant leap for mankind.” We’re all familiar with Neil Armstrong’s famous words upon first landing on the moon in 1969—but what’s the personal journey that got him there? Consider the question answered with Damien Chazelle’s visceral drama “First Man,” starring “La La Land” lead Ryan Gosling as Armstrong.

“This is all about what you don’t know and what you didn’t see and what’s going through his head while he’s on the moon,” screenwriter Josh Singer says. “We’ve always seen the stoic astronaut, but we’ve never quite seen the forging of that.”

Singer based “First Man”—which Chazelle initially pitched him as “ ‘Whiplash’ in space”—on James R. Hansen’s 2005 biography of Armstrong, which explores oft-overlooked events in the years before Apollo 11, during which Armstrong experienced the loss of multiple loved ones as well as his own close calls with death. “Neil was a guy who had a great capacity for joy—he had a very wry sense of humor, he played piano, he sang. But he had to become very intensely focused in order to survive and complete the mission. And we also felt that he got more emotionally withdrawn as more tragedy and failure befell him. All of this struck me as the basis for a pretty untraditional narrative and powerful character arc.”

Crafting emotional moments around a notoriously introspective subject, however, proved difficult. “One of the things that’s challenging about Neil is that he was so emotionally tightly packaged,” Singer explains. “We wanted to show that he’s wounded and angry, and how deep his pain really is. We struggled with how to write responses to these tragedies because, in all reality, he didn’t show his emotions easily and probably wouldn’t have said anything—that’s not something Neil did. You’re limited by the actuality of who this person was.”

The editorial excursion to pen “First Man” is outlined in a corresponding hardcover: an annotated screenplay, out Oct. 9, that includes behind-the-scenes photos and reflections from Singer and Hansen. “This is my fourth historical film,” says Singer, who co-wrote the Oscar-winning “Spotlight” with Tom McCarthy and “The Post” with Liz Hannah, and penned the Benedict Cumberbatch–starrer “The Fifth Estate.” “There’s always a lot of commentary on historical films about fact versus fiction, but what we don’t do, as screenwriters or filmmakers, is discuss among ourselves: What are the rules? What’s our responsibility to truth when we’re taking on big subjects like Neil Armstrong? This book very specifically details what in the film is fiction and why we made those choices, and also gives a lot more detail on the facts, things we can’t spell out onscreen. I wanted to share this in the hopes of maybe beginning the conversation among filmmakers about what the standards of historical movies should be.”

Headline-making chatter initially clouded “First Man” when it made its world premiere at the Venice Film Festival and the internet caught wind that the biopic omits a re-enactment of the American flag being planted on the moon. “What’s most frustrating about this ‘controversy’ is most of it is by people who haven’t seen the film! The film is deeply patriotic—of course, this is an American achievement, and it’s also a human achievement,” says Singer. “There’s a lot we don’t show on the moon, everything from President Nixon’s call to them setting up government space experiments. We forgo those things because we really focused on how Neil was personally experiencing it, this intense moment of triumph, and also a reckoning in trying to deal with the sacrifices that he’s made.”

Next, Singer steps into the world of Leonard Bernstein for a biopic directed by and starring Bradley Cooper. “It’s not the easiest thing to make a gay, Jewish musician from the ’40s relevant today—as huge as Lenny is in the classical music world, most people don’t know much about him beyond ‘West Side Story,’ ” he explains. “But the guy is actually fascinating, his music is incredible and there are lots of pieces of his story that are incredibly universal.”