How John C. Reilly Overcomes the Loneliness of Being an Actor 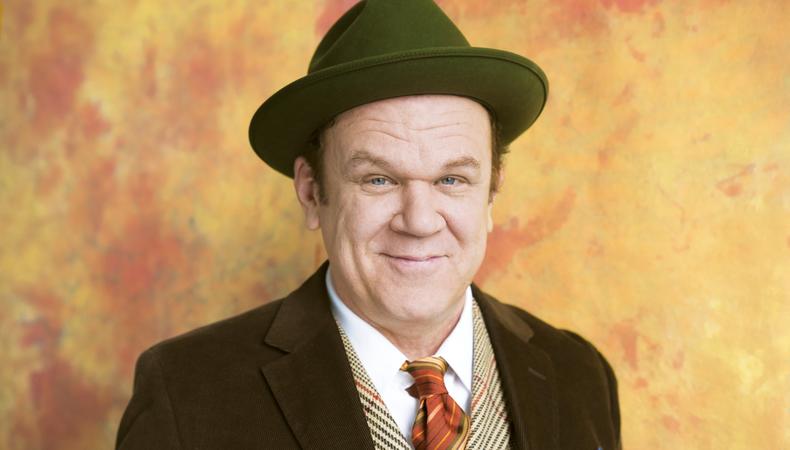 “You want every film that you do to be original,” John C. Reilly said while sitting with Backstage Sept. 20. “What’s the point of remaking something or making something that’s been done before?” That much certainly holds true for “The Sisters Brothers,” which features him as a producer and star. Below, catch an excerpt from our in-depth interview that deep-dives into his career, his theatrical roots, and his best advice for fellow actors.

There’s a reason Reilly wanted to produce “The Sisters Brothers.”
“My wife, Alison Dickey, and I read this manuscript that was written by Patrick deWitt before it was even published because we were working with Patrick on an independent film called ‘Terri.’ We had such a great time working together that we said, ‘Do you have anything else that you’ve written?’ And he had this book. It immediately jumped out as a movie. It’s so filmic. Westerns in general have so many great things that you want to see in a movie, but this was a really startlingly original take on a Western. The men were so vulnerable in it…. It was kind of like a fairy tale about these two brothers in some ways, but then it also has this very real detail of the period that takes it away from the predictable Western genre stuff that we’ve seen before.”

His character, Eli Sisters, immediately resonated.
“When I read it, I thought, Wow, it’s almost like Pat deWitt wrote this thinking of me or something. I felt like I had so much in common with the character. He has these self-esteem issues and the world sees him as one way and he feels differently, and he’s in this really intense brotherly relationship. I was like, Man, that character really spoke to me.”

READ: What Makes American Actors Different From Any Others in the World

Reilly knows what makes a good scene partner.
“I’ve been really lucky to work with some great partners. These four movies I have coming out before January are all partners—all four. There’s ‘Holmes and Watson’ with Will [Ferrell], there’s ‘The Sisters Brothers’ with Joaquin [Phoenix], there’s ‘Stan & Ollie’ with Steve Coogan, and then there’s [‘Ralph Breaks the Internet’] with Sarah Silverman. My comfort spot is in a dance with somebody. I think that comes from coming up in the theater in Chicago and feeling like my performance depends on my relationships. If you’re good, then I’m good…. I just invested early and heavily in this idea of the more I invest in you, the better what I’m doing is going to be, or the more real it’s going to be because I’ll be in a relationship with you. I won’t be just making something up on my own, I’ll be reacting and in collaboration with you. And that’s exciting for me.”

Connecting with fellow actors quells the loneliness of the profession.
“An actor’s life can be pretty lonely. Anyone who’s done rep or who’s traveled around on bus and truck tours and that kind of thing—all of us know, like, at the end of the night, it can be a really, really lonesome place, just you and your guitar or whatever, you know? Those moments of connection onstage—that’s what sustains actors.”

Casting “The Sisters Brothers” gave him audition enlightenment.
“It’s really, really hard if not impossible not to take it personally when you’re not cast in something. When you go in there and you open your heart and you give it your best shot and you do your best in that room… But what you realize from being in the room when you’re on the other side of the table is it really isn’t about you. It’s not a personal thing. It’s just about [how] they have this agenda, they see the character in a certain way, and they’re either gonna get that from you or they’re not, and it’s not your fault. They might just have a different idea in their head than the kind of energy that you’re bringing. Now, if you’re really clever, you can figure it out in the moment: What is this thing that they’re looking for? You can do some sort of intel beforehand and try to get yourself to that place that they’re looking for, but a lot of times, it’s hard to tell what they’re looking for. So you just have to surrender yourself, forgive yourself for failing, and just say it’s not because I was bad, it’s not because I didn’t do a good job in the audition—although sometimes if you’re late or you fuck up or you are unprepared, then yeah, that’s a mistake. Correct it next time. But most of the time, it’s not your fault. It’s like picking out a shirt or something. It’s how you want to feel that day—you put that shirt on, that’s the right shirt. Is it because the other shirts are bad? No, it’s just because they weren’t the shirts you wanted to wear that day.”

Self-taping makes auditions better for actors.
“If you could convince a casting person to let you self-tape, do it. You can really stack the deck in your favor by having an actor friend read with you and rehearse and really bring the best out of you. You have much more agency now, so you should take advantage of it. You should put your very best foot forward.”

In fact, it was a self-tape that landed him his Oscar nomination.
“When I got the part in ‘Chicago,’ Rob Marshall, the director, really insisted on—I mean, at that point in my career, I was getting things just by offer, not having to audition. But Rob wanted people who could really sing. He didn’t want to have to fake it, and he wanted to see what people were going to bring to the roles before he just offered them. I couldn’t go to New York to meet with him, and he said, ‘Well, you have to make a videotape then.’ So I went to my friend Eric Vetro, who’s a vocal coach, and I made this little videotape with a camera that I brought, and I think I did something like 20 takes of that song. Poor Eric’s fingers must’ve been sore from playing the piano. But then I went home and watched them all, and I picked the best two and sent them…. So, anyway, you can really have a lot more control and agency in your creative offerings to these people who are putting films and plays together than you had in the past.”

Benjamin Lindsay
Benjamin Lindsay is managing editor at Backstage, where if you’re reading it in our magazine, he’s written or edited it first. He’s also producer and host of a number of our digital interview series, including our inaugural on-camera segment, Backstage Live.
END_OF_DOCUMENT_TOKEN_TO_BE_REPLACED