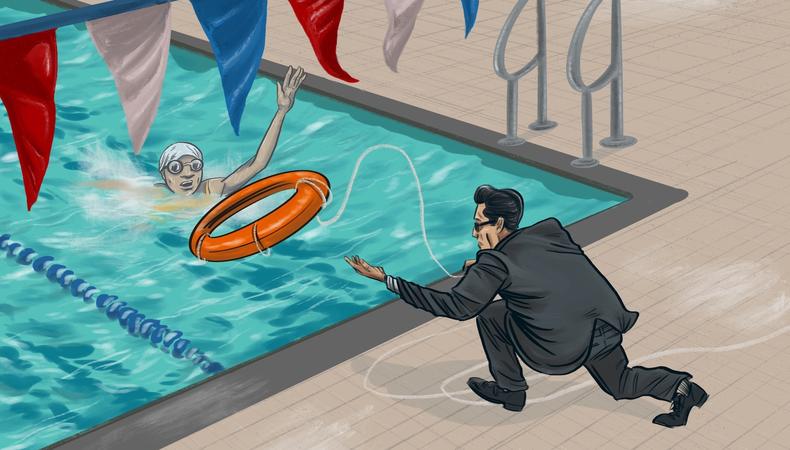 “A beginning is a very delicate time.”

That’s the first line of narration from the 1984 film “Dune.” The novel is a little different, but you get the idea—and it’s a sentiment that can be easily applied to the relationship between an agent and a brand-new client, especially when that actor is someone who is just starting out.

When I sign a performer who has a substantial résumé, the process is simple. First, I have the actor give me a list of all her casting fans, the people who have hired her in the past and who bring her in on a regular basis. Then I notify them that I’m the new sheriff in town. Then I make a very different list. This one has all the casting directors who don’t know my client well, people she needs to meet. After that, I get to work.

But when I sign a kid who’s just starting out, the process has to be a little more complex. You can’t just throw a young actor into the deep end of the pool and pray she knows how to swim. That’s how you end up with a corpse.

So I start by submitting for smaller roles that she can nail and use to build up confidence. I also approach the casting directors who I know are gentle in the room, not the great white sharks who can destroy a newcomer with a few choice words. Then, I consider the feedback she’s getting from those auditions and I use it to plan our next move.

Now, here’s the thing you need to understand: When I’m working with someone new, my expectations are different. I know the client isn’t going to book much during our first year together. If she does, that’s great, but it’s not necessary. All I really want to see is positive feedback and forward momentum.

For example, maybe there are no callbacks during those first few months. But then, the response starts to improve. The actor makes it to the next round. She gets put on hold. There are no bookings yet, but I can see them coming just down the road.

(That said, I once signed a barely-old-enough-to-drink woman out of Ball State and she booked a series regular role inside of six months. That’s the exception, not the rule. It’s also freakin’ awesome!)

Slow and steady tends to win the race. There are a lot of lazy reps out there who are hoping to score a quick buck, so they throw their developmental clients at anything and everything. And when all those roads are burned up and no bookings have come in, they drop the actors. I don’t operate that way.

You’re probably wondering, then, how much time I need to determine if young thespians have a future or if they belong on my drop list. Well, that’s hard to say, but I’ll tell you this: I’ve never dropped anyone after less than a year. The only exceptions are clients who displayed unprofessional behavior and weren’t committed to their career.

Actors are not the most patient people in the kingdom, but you can’t rush a career. Everyone has their own path on the road to success, and my goal is to be there every step of the way.