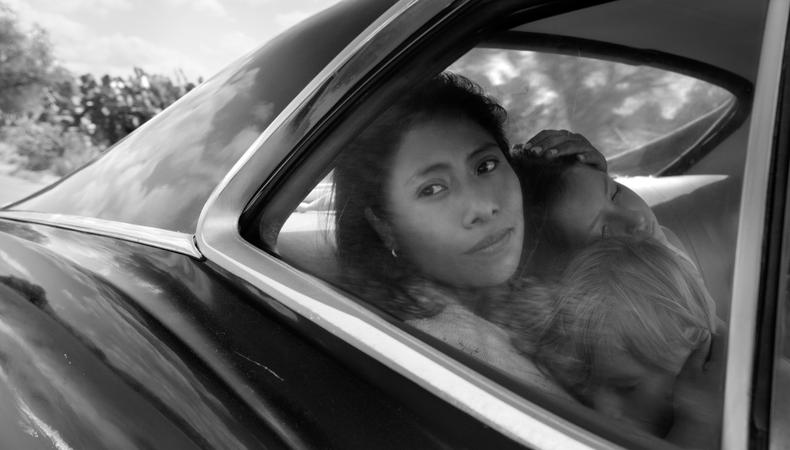 Alfonso Cuarón’s “Roma” is an intimate epic unlike any we’ve seen from the two-time Oscar winner. Based on the “Gravity” and “Children of Men” filmmaker’s childhood memories of 1970s Mexico City, every tiny detail of the black-and-white film, which stars nonactors, required his approval.

“It was incredibly frustrating—I wanted to kill him every day!” says producer Gabriela Rodriguez with a laugh. “But once he was happy with something, even the smallest thing, we were so happy we could achieve it.” After working with Cuarón for more than 14 years, Rodriguez says she’s grown used to his process. “I’ve learned to let go and trust that wherever we end up is where we needed to be.”

The Netflix release, which won the Venice Film Festival’s prestigious Golden Lion prize and will debut on the streaming platform Dec. 14, is Cuarón’s love letter to the women who raised him—particularly the caretaker who served as a source of strength during a pivotal period in his childhood. Yes, the project’s demands seemed endless at times: fashioning a near-exact replica of his family home and filling it with whatever of his childhood furniture still existed; shooting a period movie in a city that had greatly evolved after a devastating 1985 earthquake; assembling an all-Mexican crew; and compiling period costumes that still popped in the black-and-white monitors.

Yet the film’s most colossal challenge was casting just the right young indigenous woman to play the clan’s domestic worker, Cleo. Casting director Luis Rosales spearheaded the search, and ultimately considered more than 3,000 women from all over the country. “It wasn’t just about finding the right woman to play this person who is so important to Alfonso,” explains Rodriguez. “There’s so much human trafficking in Mexico and other constant dangers to women in these rural communities that most of the parents of the women auditioning were hesitant to let them come on their own. We’d have to bring family members with them and reassure them: This is a real movie, we’re not trying to scam you. Every production has its challenges, but we also had to consider the sensitivities of the communities and the challenges these areas face.”

Just weeks before the shoot began, aspiring teacher Yalitza Aparicio visited her local community center in Oaxaca to accompany her sister to the casting call and ended up trying out herself. “There was no question about it—she surprised us all, and we couldn’t have been luckier,” recalls Rodriguez. “It’s so hard to understand what Alfonso was looking for, but in hindsight, she’s a spectacular woman in every way: graceful, smart, and wise. And she adapted to the process of filming and all of its quirks. If you’ve never done [a film] before, it can be a really overwhelming situation, and she was very calm.”

Filming “Roma” marked Aparicio’s first time living away from home; she moved to Mexico City for the shoot with her real-life best friend Nancy García, who plays Cleo’s confidante Adela. Throughout the chronologically shot production, Cuarón had the cast live together like the family they played onscreen. At the top of each scene, actors would have comprehensive one-on-one chats with the director about dialogue and blocking. “Alfonso was very specific that he didn’t want any kind of coaching or involvement from anyone in the actors’ process; he wanted to handle that directly,” explains Rodriguez. “No one knew the entire story—he decided who got to know this or that part, and who got a page of the script.”

After these conversations, Cuarón would then direct from behind the camera because, to complicate matters even further, “Roma” also marked Cuarón’s first time as cinematographer—his frequent collaborator Emmanuel “Chivo” Lubezki had to drop out of the project. “We were going to hold him hostage for a long time,” jokes Rodriguez of the delayed, 108-day shoot. “Alfonso started looking at other DPs and found himself saying, ‘I think I can do this.’ ”

The cherry on top of the intricate shoot is Borras, the family pet who, of course, had to look just like Cuarón’s childhood dog. “We couldn’t find a dog who looked like [Borras] and was trained, so in the end, we picked up a stray dog and trained him to do everything on cue,” says Rodriguez. “We all fell in love with him by the end of the movie, and the woman who trained him ended up adopting him! So it’s a rag-to-riches story for him, too.”