How New-to-Broadway Choreographers Are Changing Dance in Theater 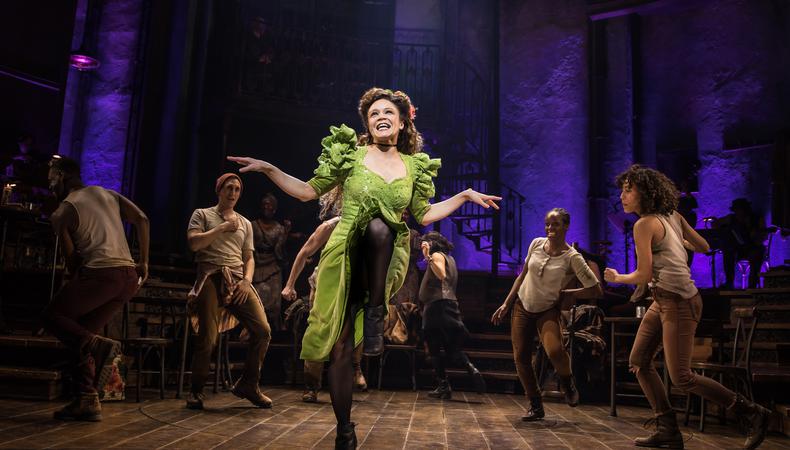 “Hadestown” is Afra Hines’ eighth Broadway musical, so she thought she knew what to expect—until she had a private rehearsal with the choreographer, David Neumann. Preparing her to be Amber Gray’s understudy, he said, “You don’t have to do exactly what Amber’s doing—I want it to feel comfortable on your body.” That was new. “A lot of times when you’re an understudy,” Hines says, “they want the choreography to be exact, exact, exact.”

Audiences are being surprised too, as directors like Diane Paulus, Rachel Chavkin, and Daniel Fish bring them shows developed away from Broadway. With collaborators from their old neighborhoods, they are opening Broadway to new influences and practices. Judging by last season, Broadway doesn’t mind.

In addition to embracing “Hadestown” as Best Musical, Tony voters gave top revival honors to Fish’s distinctly downtown production of “Oklahoma!”, with its iconoclastic dream ballet, choreographed by John Heginbotham and performed by a single barefoot dancer, Gabrielle Hamilton, in an oversize T-shirt. And the Tony nominees included two contemporary choreographers moonlighting from their own companies: Neumann and Camille A. Brown, who choreographed the songs studded through Tarell Alvin McCraney’s Tony-nominated play, “Choir Boy.” 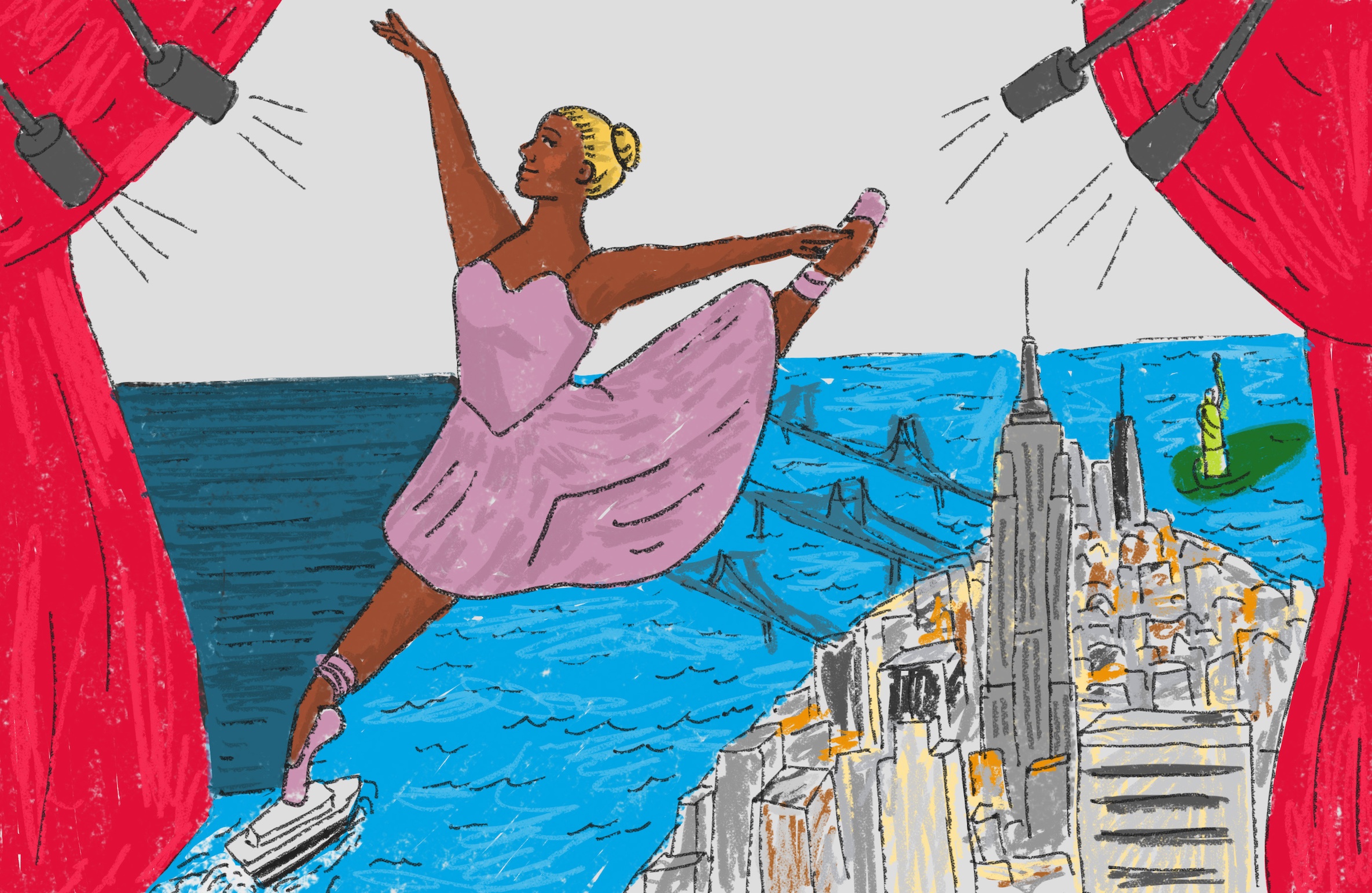 How to Become a Dancer in NYC

Even more outsiders have arrived on the Great White Way: Sonya Tayeh’s punchy eclecticism flavors the cancans and couplings in “Moulin Rouge! The Musical,” Anne Teresa De Keersmaeker made her Broadway debut in February, choreographing Ivo van Hove’s production of “West Side Story,” and this month her Belgian compatriot, Sidi Larbi Cherkaoui, joins in with the Alanis Morissette musical “Jagged Little Pill.”

It’s not exactly a new phenomenon on Broadway—Bill T. Jones, Mark Morris, and Ronald K. Brown are among the contemporary choreographers who’ve made the trip over the years. However, they didn’t hang around, and their efforts didn’t exactly remake the Broadway musical the way visitors from the ballet world—Balanchine, de Mille, Robbins—did. More recently, Twyla Tharp did double duty, bringing her contemporary sensibility and her ballet chops to musicals.

Before them, it was impossible to imagine Broadway musicals without kick lines and tap numbers. But Broadway is always looking for the next big thing, and it remains to be seen if choreographers with downtown sensibilities in their DNA will be shaking things up again.

Neumann thinks change is afoot. Known for the witty, multifaceted dance-theater works he makes with his company, Advanced Beginner Group, and his off-Broadway work, he had never been tempted by Broadway musicals. “I didn’t find them interesting,” he says. But he marvels at what’s been happening. “I was really encouraged this season. All of these people I knew from the downtown scene were creating very exciting work and pushing ever so slightly—or more than slightly—the edges of the form. I think the dichotomy of uptown, downtown—parts of it remain true, but that divide is feeling a lot more porous.”

Brown refuses to recognize that divide. A native New Yorker, she grew up loving musicals and insists she approaches them no differently from her work for her own company, Camille A. Brown & Dancers. “My mission statement doesn’t shift depending on what room I’m in,” she says. “My work is very character-driven, and I ask for the same thing in both spaces. We are still investigating characters and intention, and that is what I ask the actors and the Broadway dancers to do.”

Heginbotham was another musical theater fan, but growing up in Anchorage, Alaska, he had to rely on the movie versions of Broadway shows and the excerpts presented on the Tony broadcasts, faithfully taped and rewatched until the tapes broke. Like many who first encounter dance through musicals, he moved on to other genres, finally finding a match with Mark Morris, for whom he danced for 14 years. But, Heginbotham says, “When “Oklahoma!” came up, I was like, Oh, amazing—a return to something I’d been attracted to so long ago. It was the perfect melding of aesthetics for me.”

Cherkaoui tells a similar tale, of falling for musicals as a teenager in Belgium in the 1990s, and setting them aside as an adult. He makes it clear it wasn’t snobbery—when his dancing won him a trip to New York City, he signed up for classes at Broadway Dance Center. But back in Europe, his career took a different turn, and he wasn’t enticed again until “Jagged Little Pill” director Diane Paulus and the Morissette songs he knew by heart brought him back to Broadway. “It’s not like other realms,” he says, “like when I started working in opera—that was really new for me. With musicals, there were many shows that I actually knew.”

Whether they feel like foreigners crossing an ocean or neighbors crossing the street, concert dance choreographers coming to Broadway do encounter a new world of multiple producers, multiple collaborators, big budgets, high costs, ingrained traditions and strict union work rules—a far cry from the money-starved, artist-driven culture of contemporary dance. Cherkaoui isn’t fazed. “Every context has its own rules,” he says. “I’ve been navigating between different art forms a lot—Cirque du Soleil, ballet companies—so I learned to quickly pick up what’s right and what's wrong in a certain context.”

Adjusting was a bit harder for Neumann, who notes that while it takes shows like “Hadestown” years to get to Broadway, the timetables are very tight, and someone else is doing the scheduling. “You’re told, ‘We’re rehearsing in La Jolla in March,’ ” he notes, “and you have to go to La Jolla in March.” Though the Bessie winner chafed a bit at the rigidity and the hierarchies of Broadway, he calls “Hadestown” director Rachel Chavkin “a master at creating a positive work environment, which led to this feeling of mutual respect for what everybody does and then getting out of the way.” And when “Hadestown” did a pre-Broadway run at London’s National Theatre, Neumann was impressed by the amenities and the collegiality. “I felt like the performers were supported, the staff was supported….I found it a really great place to work.”

Broadway benefits and pay scales easily surpass those of the typical contemporary dance troupe, and Brown says that’s just fine with her. But she takes umbrage “when people see concert dancers or choreographers going to Broadway and say, ‘Oh, y’all trying to get that money.’ No. It has nothing to do with that. I actually love the art form.”

And that “what I did for love” impulse comes through to dancers, says Hines, who found Neumann’s “Hadestown” process refreshingly different from that of some “old-school” Broadway choreographers. “If you’re coming from the concert world,” she says, “obviously you’re not looking to make millions of dollars; you’re more concerned with the art of it and the creation process of it. David is not restrained by thinking about what the Tony voters are gonna think, or comparing it to his last Broadway show. That is super-cool, and puts the whole room in a different mind-set.”

Hines also noticed that if he got stuck, Neumann would ask the dancers for help: “When other choreographers say, ‘I’m not really sure what to do at this moment,’ it’s usually ‘Hold on, wait for me while I figure it out’ versus ‘What do you guys think? Let’s try to figure it out together.’ ” That kind of willingness to experiment, Heginbotham notes, is how the “Oklahoma!” dream ballet evolved from a non-dancing tableau in the show’s 2015 Bard SummerScape iteration, to a work for Gabrielle Hamilton and an ensemble of college dancers, to the norm-shattering contemporary solo that won Hamilton a Chita Rivera Award. “The art was always the guiding force behind any decision,” he says.

Artistic decisions and financial decisions are always in a delicate balance on Broadway, where huge amounts of investor money and equally huge egos are often at stake. But that’s not the only reason a downtowner might resist an offer to work on a musical. Some will miss their autonomy, their ability to have both the first and last word. “I like to be creating the work and building it from scratch,” Neumann says. “I just prefer that, as a human being and as an artist.” He won’t rule out working on another Broadway show, but, he says, “I would have to be inspired in some way by the piece.”

Others enjoy getting a break from doing it all alone. Cherkaoui found himself excited by the interchange with Paulus, Morissette, and “Jagged Little Pill” book writer, Diablo Cody, as his choreography morphed and melded along with their work. “I’m used to either being the boss of everything”—he stops here to laugh out loud—”or just kind of doing my thing separately, so it’s really nice to have the collaborative element.” And Brown has yet another take: “Being able to be on several teams and collaborating with different directors and then me directing myself and guiding my company as well—it’s a lot, but it’s helping me to grow and be better.”

Heginbotham, a 2018 Guggenheim Fellow, finds his “Oklahoma!” experience seeping into Dance Heginbotham. “My own company’s work is starting to head a little bit toward a more theatrical aesthetic,” he says. And he even borrowed outright the way Daniel Fish opened “Oklahoma!”—with the performers onstage watching the audience settle in—for “The Principles of Uncertainty,” his recent full-length collaboration with artist Maira Kalman. He says he’d work with Fish again in a heartbeat, and he’s equally emphatic when asked if he’d want to do another Broadway musical. “Hell, yes,” he replies.