How the Background Actors in ‘A Private War’ Steal the Show 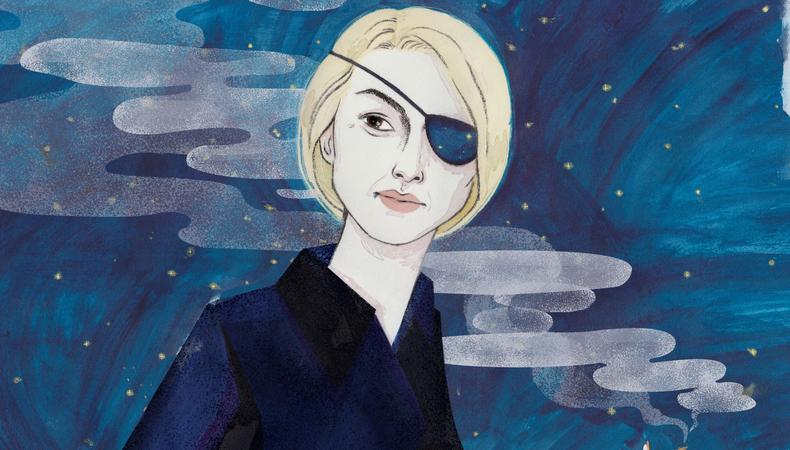 When Matthew Heineman decided to direct his first narrative feature about real-world war zone journalist Marie Colvin, he pulled from his experience as a documentary filmmaker. “A Private War” required care in accurately depicting the true-story details of Colvin’s experience and of the war-torn locales she risked her life documenting. When U.K.-based casting director Jina Jay came aboard to round out the cast, she had more on her plate than finding actors who could do the story justice. With the help of Heineman and a local casting director in Jordan, she sought out background talent who had history in these countries and with these conflicts. This talent was featured and had lines in many scenes, and whether or not they were career actors, their emotions were authentic because they were able to relate directly to what was re-created in the film.

Why did you want to work on “A Private War”?
Jina Jay: I felt honored to be part of telling any story about Marie Colvin. She was an extraordinary journalist working on the frontline and dedicated to bearing witness at any cost. Journalism is under siege, and it’s important to mark the greatness of rigorous and substantive research without prejudice and its subsequent stories. The translators, fixers, and drivers all face the same risk. Marie lost her eye in the line of fire in Sri Lanka, where my dad is from. Homs is forsaken. Matt’s final act pays homage to all those civilians.

What kind of research went into the casting process?
JJ: We did an enormous amount of archive reading and watching archive footage to get it right.

Tell us about casting the film’s background actors.
JJ: “A Private War” shot for about five weeks on location in Jordan. We worked with CD Lara Atalla there, who found those actors. She assembled a lot of nonactors who spoke onscreen, and Matt traveled to Jordan, where he spent a lot of time speaking and building relationships. So the “stuff” of each detail and small role was shaped by the actual person reading the lines or just being present in a scene.

Matthew Heineman: I was very clear that I wanted background and featured background actors from those countries. When assessing the people with lines or who are heavily featured, I went through a very extensive casting process in finding and interviewing them as if it was a documentary to try to understand their story, so that Rosamund [Pike, who plays Colvin] literally walked into a set with a room full of people, and when she went up to interview them, it just happened as if it was a documentary. She asked them to tell their story, and when they did, it was their real story. Those tears were real tears.

How did you determine who would end up in the film?
MH: I did two things: I tried to find out their story to see if it would convey what we were trying to in those moments, and I also evaluated whether they would be “good on camera” and able to handle the pressure of being on camera. People always think about documentaries as turning on a camera and capturing this stuff and somehow it edits itself. But when you make a documentary, you’re casting as much as you are in a narrative film. In docs, I want to find people that pop off the screen and are larger than life, or frightening or compelling characters. People don’t like talking about it, but you cast in a documentary as much as in a narrative film.

How was interacting with background actors on this film different compared to other films?
MH: In the scene that I described, for a moment it was quite difficult for Rosamund and for Jamie [Dornan]. It was incredibly emotional. They both have young kids, and so to see this horror played out in front of them—obviously, they’re there as actors, but they’re there as human beings, as well. It was really, really intense for them to experience that. Most of us had never experienced anything like that on an emotional level before. Rosamund, at one point, couldn’t handle it and we took a break and she asked me, “Is this OK? Are we exploiting these people? This is new territory for me.” I said, “Look, Ros, this is OK. They know exactly what’s happening. They want their story to be told and wouldn’t be here if it wasn’t for that.” That’s the same common denominator for any doc that I’ve made. People constantly ask me, “Why the hell would that person want to be on film?” And I think people want to be heard; people want to be listened to; people want to be understood; people want their story to be told, especially if that story isn’t being told. Obviously, that’s something that she came to understand, and we went back in and we finished the scene and it was still quite emotional. It was very intense to be playing along these blurred lines of narrative films and documentaries.

Elyse Roth
Elyse is a senior editor at Backstage, where she oversees all casting news and features content, including her weekly casting director Q&A series, In the Room. She came to New York from Ohio by way of Northwestern University, where she studied journalism, and now lives in Brooklyn. She might see and write about awards-worthy films, but Elyse still thinks “Legally Blonde” is a perfect movie and on any given night is probably taking in some kind of entertainment, whether it’s comedy, theater, ballet, or figuring out what show to binge next.
END_OF_DOCUMENT_TOKEN_TO_BE_REPLACED